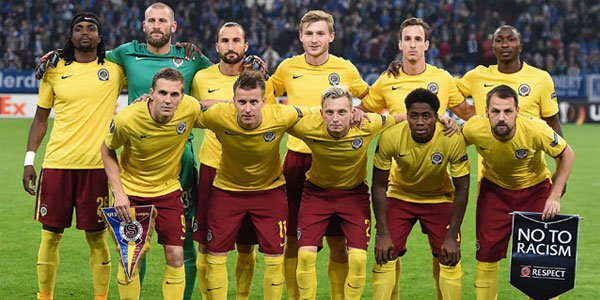 Some of the favourites at European football betting sites are about to join the Champions League Qualifications’ stage this week, let’s see what we can expect!

It has always been one of the favourite activities of customers at European football betting sites to bet on Champions League, however the first few rounds are obviously not the most exciting ones. But luckily in this round some of the big names are also making appearance and so Champions League betting becomes more exciting.

Champions League betting predictions are never easy, but it becomes even more difficult when two relatively good teams meet for the first time in an official game during the season. I mean, the Romanian side played a League Cup game against Concordia and won on extra time, but we can’t conclude too much of this one game. And the Czechs have only played friendlies so far, so…

However, online sportsbooks in Romania always have their predictions and we can rely on them this time as well. They believe that 1986’s Champions League winner, Steaua Bucharest, will be complete underdogs for the encounter as the Romanian side’s odds are 6.00 (5/1) according to Coral Sportsbook, while the odds for the Czech victory are only at 1.62 (8/13). Betting on Sparta Prague failing to win pays at 2.3 (13/10) at Coral and it sounds like a good bet you expect a surprise in the game!

If we mentioned Steaua Bucharest’s glorious Champions League history, we must say the same thing about Ajax: they used to be the safest team of European football betting back in the days. In fact they are among the most successful teams in regards of number of Champions League trophies as they were crowned as kings of Europe on 4 occasions.

Ajax will be without Milik (Photo: Prothom Alo)

However, those days are gone, they don’t really have a chance to win the trophy but they sure as hell are expected to qualify for the Group Stage. To prove that they are capable of doing so, they will need to show a convincing performance against PAOK in Amsterdam. Bet on Ajax to win by 3-0. The best odds you can find for this are at BetVictor, where you can get 14.00 (13/1) times your stake.

Unlike Steaua Bucharest and Ajax Amsterdam, Shakhtar Donetsk has never won the tournament. However, lately they have been the stronger side and they are also expected to qualify pretty easily. Despite the fact that those who bet on sports in Switzerland will cheer for the Young Boy to win, the Donetsk-based team are clear favourites for the encounter.

Should the Ukrainians believe that they have already won this game, they could end up facing a hard time against the Swiss side. And it is not impossible to imagine at all. That’s why betting on Young Boys to score first could be a good idea for 3.6 (13/5) odds at Bet365.

Let us know if you have a better idea on how to celebrate the return of European football betting. We also expect to hear from you if you agree or disagree with one of our suggestions and of course, don’t forget to show off with your awesome winning prizes and your winner bets!