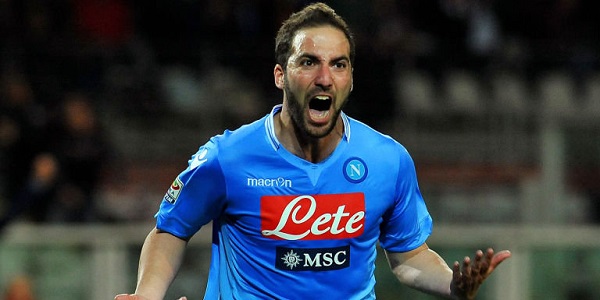 Another set of rumours can finally be closed down thanks to the fact that the Gonzalo Higuain transfer has become official.

Italian betting news reported that Juventus officially announced the Gonzalo Higuain transfer and now we can finally get rid of all the boring tumours about Gonzalo Higuaín’s new club. The Argentine striker has transferred for La Vecchia Signora for an incredible transfer fee of €90 million.

The Gonzalo Higuain transfer is the most expensive transfer fee in the history of the Serie A and officially the third most expensive player in the world. Only Real Madrid’s Cristiano Ronaldo and Gareth Bale cost more money that Napoli’s former number 9. Higuain’s new contract lasts for 4 years and he will make €7,5 million a year.

There is a reason why Gonzalo Higuain has been sold to Juventus for such an expensive price. On the one hand, purchasing from Napoli is never an easy task – remember Cavani. On the other hand, he’s through a tough season with a set of amazing performances. Higuain has been playing pretty well at Napoli ever since he joined them but this season brought his breakthrough.

Does this mean Pogba is leaving? (Photo: Express)

Online sportsbooks in Italy exploited with the news at the end of the season because he has scored no less than 36 league goals. With this, he broke the all-time record of Serie A top scorers thanks to which, Gonzalo Higuain became the best top scorer in the history of the Italian first division. He must have felt like he needed to take another step in his career as he was at his peak in Napoli and the way goes only downwards from here.

It’s obvious how Juventus got so much money to spend…

And by that, I don’t mean the unfair mafia methods that surrounds this club so much. I only meant the fact that the departure of Paul Pogba has been on the news for months. The bid for his horribly high price has started from around €45 million back in the days but now thanks to this weirdly messed up market, and due to his popular name, it has multiplied by now. He is very likely to be sold and should that happen, he will most probably become the most expensive football player of all time.

The two favourites for his signature are Real Madrid and Manchester United. According to online betting news, Pogba prefers the Royal Club to be able to work together with his idol, Zinedine Zidane. However, the player’s agent, Mino Raiola, wants him to join the Red Devils as he could get more money if that transfer happens.

Online sportsbooks expect Polpo to join José Mourinho and his team and now you can make your bets on the French midfielder’s next permanent club. If you believe you know what his future is, the check out our Betfair review, sign up for a new account there and place your bets. Barcelona has 51.00 (50/1) odds, while the odds for PSG, Real Madrid and Man Utd are 34.00 (33/1), 2.20 (6/5) and 1.40 (2/5) respectively.