European U-21 Championship Predictions: Can Spain Defend Their Title? 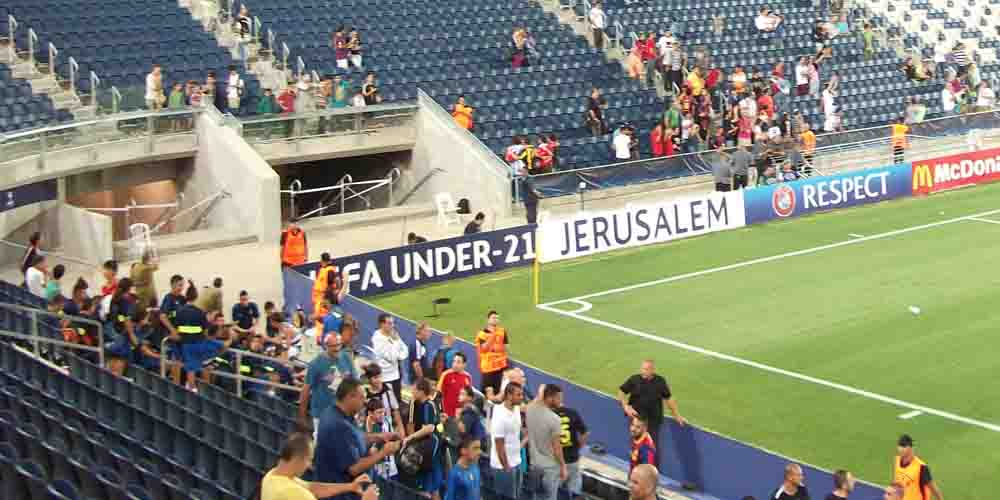 The UEFA European Under-21 Championship starts this week with the group games held in the two host countries, Hungary and Slovenia. The Spanish team is the defending champion and one of the biggest favorites in the European U-21 Championship predictions. But the French, English and German teams all look strong enough to win the tournament.

This will be the 23rd edition of the European Under-21 Championship where the best young European players take part. For the first time in its history 16 teams will compete in the group stage with the first two teams from each group advancing to the knockout stage in May. In the previous winners of the tournament we can find the regular names, Germany, Italy and Spain. With the last two winning on the most occasions, 5 times. But even smaller countries like Sweden and the Czech Republic have managed to win before. Spain are the defending champions after defeating Germany in the 2019 final in Italy. Now they have a good chance to win again with players like Riqui Puig from FC Barcelona or Oscar Rodriguez from Sevilla. But we can also find familiar names in the other top teams. Let’s check their chances to get the trophy.

Online sportsbooks in Hungary offer the smallest odds for the final victory of France with the odds of 5.00. The French team has won their qualifying group with 9 wins and only one loss. They also reached the semi-final in the previous championship. Now France will aim for the country’s second victory after 1988 and follow the sample of the adult team. We can find some of the best young players in the squad like Sevilla defender Jules Kounde, Arsenal midfielder Matteo Guendouzi or Celtic forward Odsonne Edouard. France will start the tournament against Denmark on Thursday with the odds of 1.55 to win the game.

One of their biggest rivals can be Spain who are also the defending champions. As we mentioned there are plenty of talents in their team too. So their team can go all the way again under the lead of Luis de la Fuente. Spain also won their qualifying group confidently with 9 wins and only one draw. But they are facing a more difficult job in Group A now against Italy, the Czech Republic and one of the host nations, Slovenia. Still, another Spanish title has the odds of 5.50 in the European U-21 Championship predictions. The same outright odds are offered for the English team, where we can find Manchester United striker Mason Greenwood, Callum Hudson-Odoi from Chelsea and Liverpool midfielder Curtis Jones. England won the tournament twice in the 1980s, now they have a real chance to win it again.

Germany and the Netherlands are also in the favorites

As usual, we can never miss out Germany from the favorites in a football tournament and this is the case now as well. Players like Hertha midfielder Arne Maier or Borussia Dortmund’s super kid, 16-year-old Youssoufa Moukoko can be a huge assets. Which explains their odds of 7.50 to win the tournament. What they’ve done twice before, in 2009 and 2017. Now Stefan Kuntz’s team will start against the other hosts, Hungary on Wednesday. With online gambling sites in Hungary offering the odds of 1.44 for their victory.

The Netherlands have a similar record in the tournament’s history with two wins so far. But in recent years they haven’t even qualified for the finals. Now the team seems to be back in form again with lots of great talents from Ajax striker Brian Brobbey to RB Leipzig’s forward Justin Kluivert. While we can find one of Barcelona’s new stars, Francisco Trincao in the Portuguese team along with United target Pedro Goncalves. Both teams can cause surprise and feature in the later stages in May. With the odds of 10.00 and 11.00  on bet365 to actually win the title.