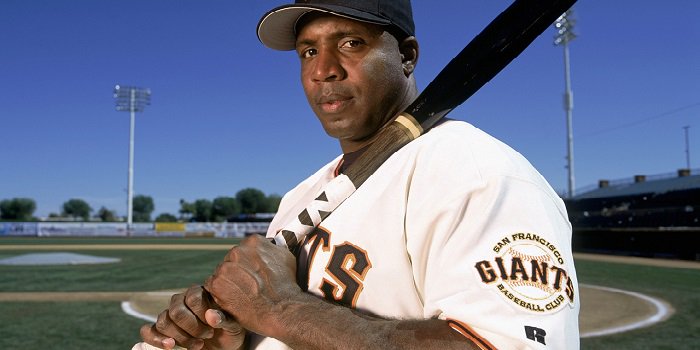 How biking put ex-baseball outfielder Bonds back on the road after bruising.

During a ESPN interview Barry Bonds in January told the news teams that “Cycling took me away from a lot of pain I was going through, a lot of personal problems”. No surprise there. For the personal problems Bonds had been going through certainly stems from the run-in with the federal government, which marred his image as a baseball hero, 4 years ago. Since then, Bonds has moved on, literally, on a bike.

He no longer has the defensive body language he used when he bat balls out of the stadium down the street, during his career as one of the greatest outfielders of his generation. Nowadays, at 51, Bonds is often seen cycling or attending such events, instead of hanging out in luxury casinos, which he may have done in his days as as baseball ace.

He seems well, especially since last month when the basketball player, who made a total of 472 home runs, heard that his conviction was overturned by a 10-1 vote by the 9th U.S. Circuit Court of Appeals, following the doping allegations of 2011. After retiring from active baseball in 2007, Bonds moved back from Southern California to San Francisco last year.

Recently, following a week spent training with the San Francisco Giants, where he threw out the first pitch at Game 4 of the NLCS, Larry Baer, the Giants CEO told US gambling news and other news media that the team is thinking about “an expanded role” for Bonds. So, does this means Bonds will make a comeback in baseball? We bet though that Bonds is more interested in biking at the moment.

Bonds bounces back after doping scandal.

For not only is he a financial sponsor of a women’s cycling team but it’s also his way of healing after a hard 4 years following the Balco scandal of 2011. Bonds said “I only do it for myself to stay in shape. I’m not good. But I get gratification for me. I compete with myself”. However there is skepticism around Bonds and cycling. People wonder if Bonds did the right thing by associating himself with a sport where doping is equivalent to hoping for a win.

The Tour de France, for example, which debuts July 4 of this year in Utrecht, the Netherlands, has had participants doping themselves since the Tour’s debut 112 years ago. But everyone deserves a second chance, right? Nevertheless, the reality is, Bonds drug use was never proven. He does admit to one thing though: Cycling has filled the hole in his life left when he gave up baseball upon retiring back in 2007. He’s often told both friends and strangers that cycling has saved his life.

Tainted by allegations steroid use Bonds turns his back on public opinion.

A cake, made in the form of a mountain with the figure of a rider at the base, was presented to him for his 50th birthday party, last summer, at a San Francisco restaurant. At the beginning of 2015, Bonds confided during an ESPN interview, where he showed up alone, that cycling was therapeutic for him and has helped him to overcome the monsters in his closet.

Bonds said “With my situation, do I represent something positive? Not based on what the public opinion is. Do I allow public opinion to dictate my opinion and how I feel and what I want to give back to society? Hell no.”I may have my problems, but I’m not dead. And this is a good thing. If they want to make a mockery out of something good, that’s their problem. What, are you mad because I did something good? Or are you just mad? Which one is it?”

In 2012, the passionate cyclist bought an S-Works McLaren Tarmac, a new home-run king of bicycles, for a whopping $20, 000.The bike was inspired by Formula One leader McLaren. Also the bike company Specialized of Morgan Hill, which works with the Tour de France, where you can bet on under US gambling laws, helped in making the carbon-filter bike.

There were only 250 of them on the market, 2 years ago. Today, Bonds invests in a cycling team for women, where his girlfriend, Mari Holden, a former world champion and Olympian, is a sports director. Bond says of the sport, “The women’s side doesn’t get the attention. I thought, ‘We should be down with this, because they’re very talented.”