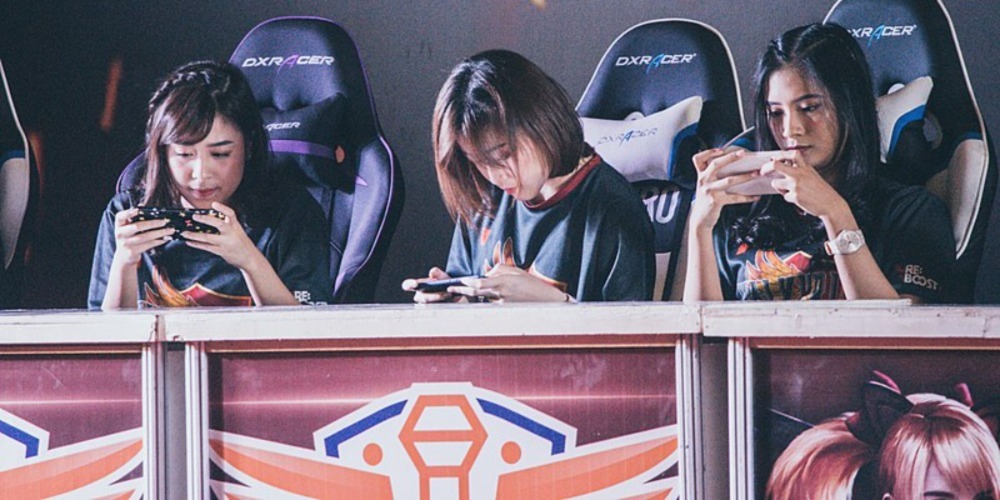 Are you ready for the first female LoL team ever? No, this article is not about the ancient meme team that was Team Siren. This time, the female-only team is not a joke. Because these are not silver players trying to act as if they were professional. Therefore, it was one of the strongest EU teams who assembled them. This year, we are going to see a new team arriving at the LEC. It is called G2 Hel. And they are all females. You will be able to bet on them at online sportsbook sites in India.

The reason why G2 assembled the team is to support the equality and representation of females against the oppression of the male majority. While the gesture is kind, maybe it would be smarter to let women play in the same team as males. Because the separation of genders may block out potentially legendary synergies.

According to Inside The Games, G2 has announced the first female LoL Team ever. We know, there were attempts of female teams before. However, the previous only-female teams were not serious at all. While the members, team owners, sponsors, and marketing team were serious, they were just not fit for the scene. Team Siren was a joke of a low-tier less-than-hobbyist team. On the other hand, there is a high suspicion that the other female-only teams who fell out in the qualifiers were just created as a joke.

Therefore, G2 brings you the only-female team that consists of high-elo professional female esport players. Team Hel is going to debut in the next LEC. That means they have to prove themselves in the European regionals before meeting NA and KR teams.

Team Siren – The First Female LoL Team Ever Was A Meme

If you are not a League of Legends veteran, then you probably wonder about the name we have already mentioned several times. Because Team Siren was one of the funniest memes back in their time. While it was funny for good league players, the team has stained the reputation of female players.

And it was done by females. According to Reddit, they had everything to create a professional team. Except, they sucked and they were not professional at all. Long story short, they were some silver-league (bad) players who created a video. They claimed to be the first female lol team ever. Acted as if they were the embodiment of Albert Einstein with their basic plays. Claiming to fight evil men in the eSport industry. Nonetheless to say… They lost 0-3 in the first round of the qualifiers.

This Time They Are Pro

Don’t get us wrong, we believe that women have equal chances at eSports as males. However, Team Siren was the worst representation of females in the industry. Because they wanted to bypass skill by being a female. Therefore, they are not great like the best female chess players ever. Instead, they were less than mediocre players claiming to be great. This time, the case is completely different.

Because G2 has made sure to collect female players who are worthy to compete in the LEC. Therefore, G2 Hel sounds like a promising team. The players of the first female LoL team ever are the following:

The Problem With Female-Only Teams

The eSport industry is cursed with the endless competitive attitude between genders. Therefore, we have seen hundreds of attempts at female-only teams in different genres. While this is not a bad idea, in the grand scheme of things it isn’t equality. Because true equality would be seeing a female player in a general eSport team. Therefore, it feels like female-only teams are a social movement against sexualization.

This is ethically great and good. However, some of the best professional female esport players would deserve to play on the same team as Faker. These teams have no reason to not give a chance for these professional female eSport players to join their ranks. The first female LoL Team ever is a great idea, however. Maybe G2 Hel will be the female team we need to walk the path toward gender-neutral teams.

Will G2 Hel Stand A Chance?

According to Twitter, G2 has created a little cringy welcome video for G2 Hel. However, it is a thousand times better than Team Siren’s video. Furthermore, other teams have been respectfully voicing their excitement for the new team in the LEC. G2 Hel is as strong as any other team in the competition.

The team is going to struggle against eSport giants such as G2, Rogue, and Fnatic in the first year. Because they still face years of experience on the competitive scene. Yet seeing the setup of the team, they could easily compete and even beat teams such as FC Schalke 04, Astralis, and Team BDS. You can call it the first female LoL team ever. However, we call it the next LEC team to bet on.

Bet On The First Female LoL Team Ever

Now that we introduced you to the players and our opinion about the first female LoL team ever. Let us say that if we had athletes like the top 7 female darts players. Then G2 Hel players are worthy to join the top 7 League of Legends players, on a non-gender specific list. This is why we are excited about the next LEC. Because we will see the debut of G2 Hel and there will be countless betting lines about the team.

If you want to place a bet on a female-only professional LOL team. Then register at 22BET Sportsbook. Because they will be one of the first international online sports betting services to feature the LEC and custom prompts about the female-only team.