If you are sad that the season is over, don’t be – here are five teams who could win Champions League 2019! 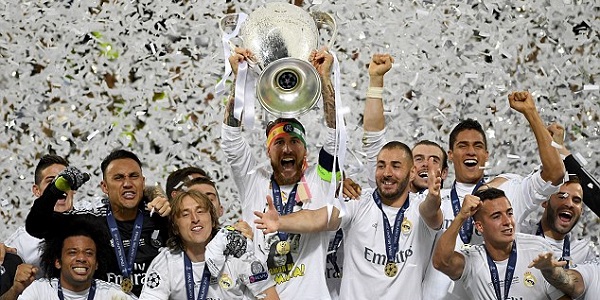 GamingZion tried to present the best teams for next year. Check out these five teams who could win Champions League 2019!

It’s always nice to know when a season ends because if your team lost the trophy you wanted the most, you can wait for the new one to come, which will give new chances to your team. And if your team won, it’s time to defend the title and prove that they are still the best team in the world. Is that going to happen? Online sportsbook news sites in Germany comment on the best teams in Europe, so GamingZion presents you five teams who could win Champions League 2019!

Real Madrid are the Kings of Europe, definitely. With the management of Zinedine Zidane, they have built a team that all should fear. However, the legendary Frenchman left Real Madrid who are now without a manager. Who will manage Real Madrid next season is still unknown, but most of the champions will still play there.

3. Bet on Bayern Munich to win the Champions League 2019

Bayern Munich are also one of the best 4 teams in the world constantly in the past few years. Next season, they will still be among the top candidates despite the fact that their legendary manager, Jupp Heynckes, retired again. But that doesn’t keep sites in the online sportsbook directory from believing in a Bavarian victory: the odds for Bayern Munich to win Champions League in 2019 are 8.00.

2. PSG for the first time in history?

PSG had a terrific project with bringing Neymar and Mbappé in. However, Unai Emery failed to live up to the expectations and they lost to title-holder and winner Real Madrid in the Round of 16. That cost the Spanish manager his position as he was replaced by former Dortmund boss Tomas Tuchel.

Can PSG win Champions League 2019? They have one of the strongest squads for sure, but can the German manager build a winning team this time? We will see next season, but till then, we can bet on PSG to win the Champions League in 2019. The odds for PSG to win UCL 2019 are 10.00.

The most popular betting sites also agree that Manchester City are likely to win Champions League 2019: the odds for Man City to win the Champions League next season are 6.50. Can Pep Guardiola win another Champions League? He failed with Bayern Munich, but now after spending around a billion Euros to build his invincible squad, it’s only the minimum. Either way, they are definitely among the top picks according to Vbet Sportsbook!