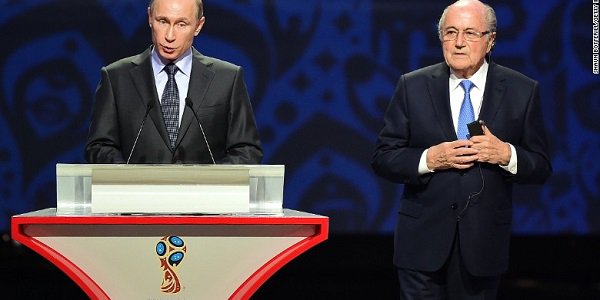 GamingZion will take the initiative and will present you five underdogs who could win FIFA World Cup 2018!

The odds are out which means that online sportsbook news sites in Russia have not only the experience of seeing the teams, but they can also build their expectations around the odds set by such sites. The Russian tournament will definitely bring tons of excitement and drama, but most people expect the big teams to shine.

While everyone expects the FIFA World Cup 2018 winner to be either Brazil, Germany, Spain, France or any other one of the great football nations, some believe it will be a surprise victory this time. Hereby GamingZion will take the initiative and will present you five underdogs who could win FIFA World Cup 2018!

Portugal have always been among the top football nations with players like Eusobio, Figo and now Cristiano Ronaldo. However, the Iberians never really achieved anything on the highest international level – up until two years ago, as they are the current title holders of the UEFA European Championship.

Belgium has been producing top quality football players in the past decade, and as such, they are regarded as one of the strongest teams in the world. We shouldn’t expect the same quality of football as we do from teams like Brazil or Spain, but yet players like Lukaku, Hazard, Courtois…. Well, they could go far.

Online sportsbook sites in Russia have similar believes: the odds for Belgium to win World Cup 2018 are 12.00. Of course it’s not anywhere near as good odds as Portugal’s 26.00, but much better than the 5.00 odds for Brazil to win the World Cup. Can Belgium win FIFA World Cup 2018?

Croatia is kind of similar to Belgium, except for their odds: if you want to bet on Croatia to win the World Cup, you will find 34.00 odds. They have quite a strong squad with top class midfielders like Modric, Kovacic and Rakitic. Howeve,r as a team, they don’t seem to function that well.

They won Group D at Euro 2016 and defeated title holder Spain as well, but they were knocked out on extra time by Euro 2016 winners Portugal in the Round of 16. Now they hope to do much better in the World Cup. Can Croatia win the World Cup? Betting sites don’t believe so, but it wouldn’t be the worst idea in the world to place a bet on Croatia to win World Cup 2018…

Uruguay used to be among the greatest football nations back in the days when football was just a toddler. In the past 2 World Cups, they were doing great but definitely weren’t maong the best of the teams. Can they improve enough in four years? Will Uruguay have a chance to win the World Cup?

It’s obvious that Barcelona star Luis Suarez Will be the most important key player for the South American side. Uruguayans can only hope that this time Suarez will try not to get himself sent off under any circumstances because that would clearly ruin Uruguay’s not so good chances to win the World Cup… Their odds are 34.00.

You might as well think it’s a joke, but let me tell you something: it’s not! Russia is the hosting nation and the hosting nations have a tradition of doing well in such tournaments. England’s only World Cup victory was held in England, but we don’t need to go back that far: South Korea reached the semi-finals back in 2002.

We can only hope that the same thing will not happen ever again, but it is a tradition that the referees do favour the home team at this tournament. In a corrupted country like Putin’s Russia, we can only expect for them to get great help, which can actually put them through some tough moments even if they don’t have the best squad in the world.