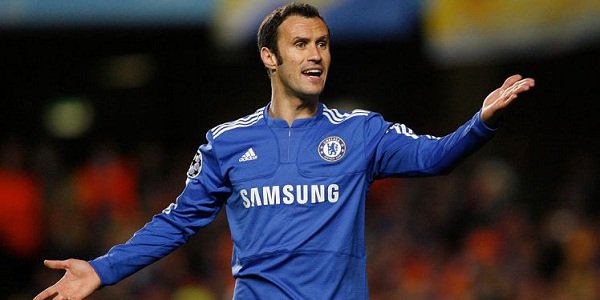 What’s better than money? A shit load of money! And what’s even better? Even more money, obviously. And when you have even more money, the only thing that can make you happy is, guess what… just more and more money.

And that’s probably the number one reason why footballers and tax avoidance was, always has been and always will be a beautiful couple. But seriously, can you name a more iconic duo than this? Now another former world star join the list of many respected men who are the heroes of several thousands of hundreds of kids out there.

We are coming t an era when footballers and tax avoidance will stop being news-worthy at online sportsbook news sites in Spain, because they keep happening so often. But luckily for the thieves, they will never really get punished thanks to the awesome Spanish laws: if they are sentenced to at most 24 months of prison, then they don’t actually have to go to prison.

Ricardo Carvalho, the latest one to join the list of football players who cheat tax

Ricardo Carvalho, 39, currently plays for Chinese Super League member Shanghai SIPG. The former Chelsea and Real Madrid star central defender was mostly in the news with his perfect tackles and interceptions back in the good old days…

However ,those times are long over and now he is back on the newspapers again: the Portuguese back stole money from tax payers and he got busted. During his time at Real Madrid, he is said to have stolen over half a million Euros from the Spanish state. He paid the money back and he was sentenced to 7 months in prison. He obviously will not go to prison. And he’s not alone.

Cheating tax is a thing at Real Madrid…

While you can easily join online sportsbook sites in Spain and bet on Cristiano Ronaldo to score against whomever he plays, you cannot really bet on Ronaldo to be sentenced to prison. However, he’s actually quite close to that as well. Spanish authorities accuse him of €15 million tax evasion.

He is still waiting for the jury’s decision and he denies everything. But he’s not alone at the Royal Club: his compatriot Fabio Coentrao was also sentenced to pay back €1.7 million due to a tax fraud. And another case with a Real Madrid star, Marcelo, is under investigation: the Brazilian might be involved in a €400,000 tax fraud.

…but Barca can’t complain either…

And if we talk about Real Madrid stars in the tax fraud topic, we must comment on the Catalan side as well. The origins of footballers and tax avoidance origins from the Blaugrana with two very famous cases: both Lionel Messi and Neymar were sentenced to prison, but obviously none of them actually went to prison.

Neymar was sentenced to 21-month prison, the same amount that Messi was given. That’s still less than the minimum of 24 so they are still free. Each players had to pay back millions of Euros to the Spanish state. Apart from these two, Javier Mascherano also got caught stealing from tax payers.

Footballers and tax avoidance, when will it stop?

Probably never. Because when you have a lot of money, all you want is even more money. That’s the case if you’re a footballer and that’s the case if you’re a president of a prestigious club: remember Bayern Munich’s Uli Hoeness, who actually went to prison? Well, kind of. The odds in the online sportsbook directory remain law for football players who cheated tax to actually get a proper punishment..