Should We Bet On Lewis Hamilton In Japan Despite His Nerves? 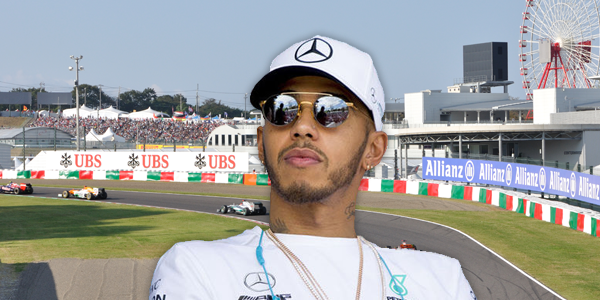 Sepang gave us a great send off for the now discarded Malaysian Grand Prix, sunk by falling attendances and the regional rivals that sandwich it in the calendar, with a superb race full of drama and far from settling things down has just heated up the race for the championship even more. Vettel is still on the hunt and the pressure looks to be showing on the Englishman out in front, but does that mean you shouldn’t bet on Lewis Hamilton in Japan at Bet365? We take a look.

It was not, if we’re honest, a good weekend for Ferrari. Qualifying left poor Sebastian Vettel starting from the rear of the grid and more than a few wrote off his championship chances there and then, Sepang isn’t a particularly forgiving circuit and already behind Hamilton in the championship it looked he would fall far behind, the fact that a bet on Lewis Hamilton in Japan is even in question is only due to his then all but miraculous charge through to finish in fourth place keeping his chances alive.

Kimi Raikkonen, meanwhile, didn’t make the start with his Ferrari losing power on the warm up lap and just when the day’s drama seemed over for the blood red cars Vettel had a coming together with Lance Stroll on the slow down lap and required a new gear box. Perhaps if he’d been handed a grid penalty for that new addition, those who are keen to take advantage of Japanese gambling laws at Bet365 wouldn’t hesitate in placing a bet on Lewis Hamilton in Japan, but he wasn’t, and Sepang did a number on Hamilton.

Sepang Served Up A Shocking Farewell For Ferrari

The pacey Red Bull cars swarmed over the Mercedes with Max Verstappen, finally making a mark in a season that has seen him exit nearly as many races as he’s finished, sweeping around him to take the lead and (eventually) the win, with Hamilton not looking as willing to risk his car with some characteristic fierce defending. The Mercedes driver might not have waved him through, and I wouldn’t bet on Lewis Hamilton in Japan to be as cagey, but there was definitely a longer view being taken in the silver cockpit.

Max Verstappen came home 12 seconds ahead of the Englishman with the ever happy Daniel Ricciardo ten seconds further back grabbing yet another podium in a season he had little hopes for was back in Melbourne. Hamilton’s second place to Vettel’s fourth puts him 34 points ahead with 125 points to play for which means, realistically, a bet on Lewis Hamilton in Suzuka is still a fair prospect if you like to bet on sports in Japan, he’s certainly not got a cushion on which to lean, nor the Mercedes the pace now.

Bet On Lewis Hamilton In Japan At Bet365

Suzuka might see the odd spot of rain early on but the actually race day is due to be all but perfect for racing and with last year’s winner, Nico Rosberg, no longer around it’s a bet on Lewis Hamilton in Japan that will get you the shortest odds right now at Bet365, just 6/4, and Vettel fares little better on 7/4 and Max Verstappen gets 9/2 after showing he has the pace to beat even the best of the drivers on the circuit, and whilst that’s streets ahead of Daniel Ricciardo on 7/1 the Australian is worth an each way bet every race these days.

Kimi Raikkonen gets 14/1 at Bet365 which seems fair, his reliability issues in Sepang aside since the summer break he’s looked off the pace as has Valtteri Bottas who at 16/1 might be a bit long for even an outside bet. If everyone can get off the grid without ramming each other or exploding that bet on Lewis Hamilton in Japan might well pay off, but Sebastian Vettel isn’t out of the race yet and if Hamilton suffers the same loss of pace Bottas seems to have, then Japanese gambling news headlines are going to go crazy on Monday.