There Is Nothing Left To Be Said But Viva Las Vegas 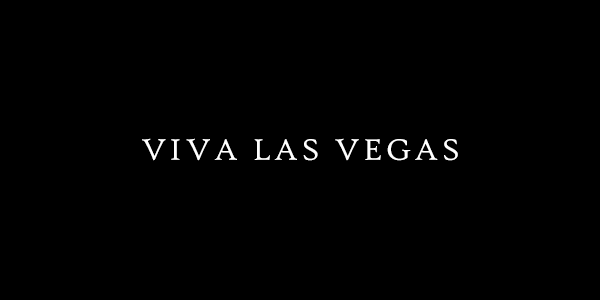 The spiritual gambling capital of the world, Las Vegas, has hit the headlines for all the wrong reasons this week, and in the aftermath of this senseless crime just what can be said except Viva Las Vegas?

There are few words that would do justice to the sadness and trauma we all felt watching the horrific footage of the Mandalay Massacre in Las Vegas last week. The indescribable evil required to perpetrate such an act shocking, that we live in a world where that sort of thing happens disgusting, and the pain and suffering of the victims so graphically impressed upon us all but overwhelming.

A week on and we’re still no closer to knowing why Stephen Paddock opened fire on a crowd of innocent County & Western fans, why he’d gone to such lengths to prepare and perpetrate such a heinous act against humanity, and indeed the more that is revealed of this man the less we understand.
A millionaire boyfriend who owns multiple houses and planes? An accountant? A gambler? What?

Making sense of the madness, of course, is sheer folly, and an already divide America only just used to the partisan split between Republicans and Democrats becoming an unbridgeable chasm now finds itself divided once again by the gun debate that scythes across party lines. Entrenched views on both sides leave no room for compromise, and in the wake of this act of senseless terror tempers have frayed.

Some of the frustration on both sides is born out of the knowledge that regardless of any efforts now we cannot go back and undo the horrors of Las Vegas, and the rest from the sadder knowledge the National Rifle Association’s deep pockets full of gun manufacturers cash will not allow even the slightest restriction on the sale and ownership of guns to reach legislators in Congress for a vote.

America didn’t change its gun laws after Kennedy was assassinated, it didn’t flinch after the Sandy Hook massacre, and it won’t change them now, the 2nd Amendment remains an unassailable cornerstone of the US constitution, US culture and the American psyche. They all know this means these tragic events will repeat themselves, that more innocents will die, but it’s price for freedom the US is willing to pay.

For Las Vegas the scars will take time to heal, the most famous gambling town in the world that has done so much to diversify and attract a wider range of people will need time to process this tragedy, just as we all will. They say what happens in Vegas stays in Vegas but after last week everyone knows that’s no longer true and that this sort of thing could happen anywhere to anyone at anytime.

The first responders, firefighters, ambulance crews and police officers whose diligent and prompt actions saved hundreds of lives in Las Vegas set an example of professionalism and courage that will need to be emulated nationwide and whilst the gun control debate will rage on the fact will remain that in the United States gun ownership laws provide a loophole for lunatics to gain weaponry and use it.

We at GamingZion want to express our condolences to the families and friends of the victims, to wish a speedy recovery to the injured and wounded, and to thank the dedication, loyalty and bravery of the authorities in Las Vegas for their almost superhuman response to this desperately horrible and inhuman crime. It might not be possible to say Vegas has survived worse, but regardless Vegas will survive.