Gambling in the Royal Families: Cards and Crowns

News >Gambling in the Royal Families: Cards and Crowns 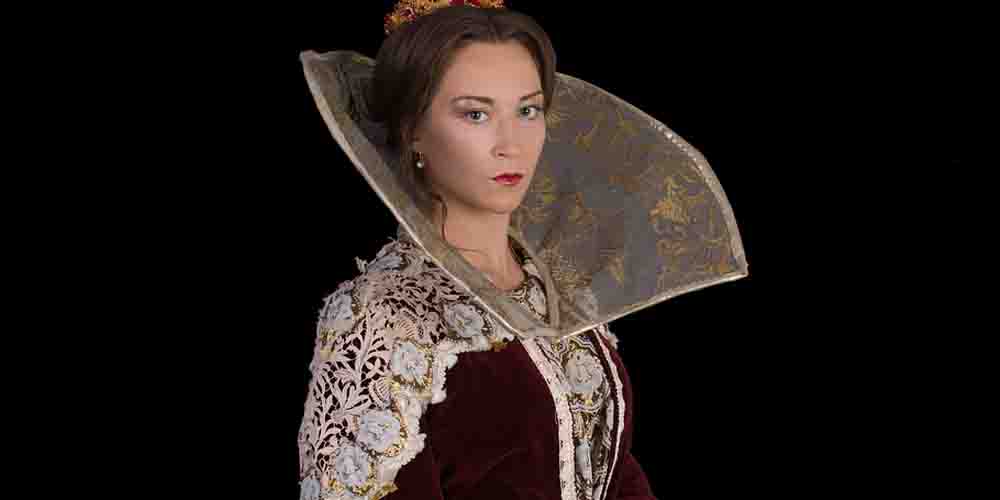 People in whose hands a lot of power is concentrated in many respects differ from ordinary mortals, but nothing human is alien to them. Indeed, history knows many examples of famous rulers who were fond of gambling. Among them were both lucky players and those who for the most part were not very lucky. Absolute power concentrated in one hand is a heavy burden. Therefore, it’s not easy to master yourself when you alone are responsible for everything. Imagine, the monarchs of the past could commit any crazy deeds and they had nothing for it. Of course, in each country and each case, there are certain peculiarities. However, the essence is the same – kings can do almost everything. In this article, we will talk about gambling in the royal families.

Nero and the dice

Dice is one of the oldest games. Moreover, it was already popular in ancient Rome. Among her ardent admirers is the emperor Nero. In the mass consciousness, the infamy of the arsonist of Rome was entrenched for him. Although it is unlikely that he was involved in a large-scale fire that happened in 64. Nero played, sparing no expense. Besides, some sources mention that sometimes his rates reached 400 thousand sesterces. Believe it or not but passion for gambling in the royal families runs in the blood. And today you can also feel the atmosphere of royal gambling in the online gambling sites in the USA.

King Henry VIII gained popularity in popular culture primarily thanks to his six wives. Another fact from his biography is less known. Indeed, he was incredibly fond of gambling. At one time, Henry VIII was called the number one player in England. Moreover, the king spent many hours playing cards, dice, and backgammon. At the same time, the monarch could easily sit down at the table not only with representatives of the noble classes but also with commoners. Oftentimes, Henry VIII’s luck was not on the side. Once the king played the bell of St. Paul’s cathedral to Sir Miles Partridge. However, the winner did not manage to fully enjoy the winnings. He was convicted of treason and hanged. Such a thing will never happen in the Intertops Casino. Here you can enjoy your game and hit a jackpot without such consequences.

Catherine the Great loved to spend her leisure time playing cards. Most of all she liked the game of poker. Indeed, the Empress played on a royal scale. The payment for every nine points was a one-carat diamond. Besides, Catherine II personally formed the lists of those who were honored to play cards with her. At the same time, the empress was very generous to her partners. Moreover, she often forgave them for inappropriate behavior due to passion. There were other monarchs in the history of the Russian Empire who, to one degree or another, we’re fond of gambling.

In this article, one cannot but recall Peter I. Indeed, he can be called the real “king of parties”. The culmination of his passion for the parties of the imperial court is the founding by Peter of the All-Sane, All-Drunken, and Extravagant Council. An organization that parodies the rituals of the Catholic and Orthodox Churches. The humorous means were simple: alcohol, dress, and lust. Some researchers believe that the Council was created to discredit the church.

Moreover, Anna Ioannovna (1693-1740) was, in general, a lover of luxury and an idle life. She was a real gambler who went down in history with a windy and narrow-minded nature. Finally, it was under Elizabeth Petrovna that a decree was issued in our country dividing games into commercial and gambling, that is, in which the main role was assigned to the banker. The latter was banned.

Gambling in the royal families: Farouk I

King Farouk I of Egypt and Sudan is known for his love affairs and passion for food. He spent large sums of money on women, gambling, and expensive items. At the same time, he never really cared about governing the country. In 1952, the monarch was overthrown as a result of the July Revolution, as dissatisfaction with him reached a critical point. Farouk and his family left for Italy. He managed to take gold and jewelry with him. Away from his homeland, the former king visited casinos, restaurants, and strip clubs every day. Soon his wife left him. Until his death in 1965, Farouk continued to gamble, losing a lot of money at cards.

Although Marie Antoinette became the wife of Louis XVIII, she could not fulfill her main function at that time for seven years. According to various sources, Louis either suffered from phimosis or simply did not know what to do. However, despite all her efforts, Marie Antoinette could not seduce the king to finally give him an heir. Lack of love and attention made the Austrian woman seek solace in cards, delicacies, and food. Marie Antoinette slept several hours a day, went to masquerades where royalty was not supposed to appear and became a victim of gambling.

Indeed, she was losing fortunes at the card table, she could play for days, without a break for sleep (but not forgetting about alcohol). It was real gambling in the royal families. The king’s inability to distract her from the games gradually became known to the entire court. Besides, her frivolous behavior became the reason for jokes and ridicule. She was credited not only with lovers but also mistresses, although no evidence could be found. In his letters to the mother of Marie Antoinette, the Austrian ambassador, Mercy d’Argento, reported that in 1778 the queen lost 171,344 francs. Hopefully, online casinos in the USA offer you more opportunities to win than to lose.

Gambling in the royal families: Charlotte of Prussia

Charlotte of Prussia was a difficult child. Is this befitting a princess? Grandmother, Queen Victoria, wrote to her daughter: “Tell Charlotte that I disapprove her habits.” From time to time, Charlotte had tantrums that baffled the royal restrained family. Victoria Jr. described her daughter’s behavior as follows: “Outbursts of rage and stubbornness as if she were being killed.” Education was not the same either. Her Highness’s governess stated that she “never met more difficulties than with a princess.”

Later, the difficult child became a young lady. However, Charlotte quickly gained a reputation as “the most arrogant and heartless coquette at court.” Her brother (later Emperor Wilhelm II) called her Charlie the pretender. Nevertheless, in 1878, the princess married, gave birth to a daughter, and, leaving the child in the care of her grandmother Victoria, returned to a turbulent life at court. One of her episodes turned into a scandal, finally ruining the reputation of the princess, and along with many others.

In the winter of 1891, Charlotte decided to throw a party for the elite at the old Grunewald hunting castle. Drinking, dancing, gambling… Perhaps no one would have found out about this, but the next day, the participants of the party began to receive letters with threats to make the incident public. As stated in the biography of the Prussian emperor, published in 1904, the author of the letters “pulled out skeletons long forgotten in them from the old cabinets into the light of day, poisoned not completely healed wounds and spread dishonest or unsightly deeds.” First of all, suspicion fell on Princess Charlotte. Enemies claimed that she staged a party on purpose to lure guests into a trap. This was one of the Biggest Royal Family Scandals.

The Queen of Great Britain and betting

For over 30 years, Elizabeth II has had a passion for horses and everything related to them. During this time, the Queen of Great Britain earned about nine million dollars from the races. Several sources reported it. Moreover, in 2016, Elizabeth II won 734 thousand dollars at the races. At Buckingham Palace, they did not say where the Queen spends the easy money. However, representatives of the British newspaper The Telegraph suggested that the money goes to the maintenance of horses. The most “golden” horse of Elizabeth II Merlin brought the owner about 29 thousand dollars. Quadrupeds who graduate from the races because of their age receive a pension. Learn more about Royal Family Predictions: What Will Happen to the British Crown? Additionally, you can visit the Intertops Casino to try your luck!