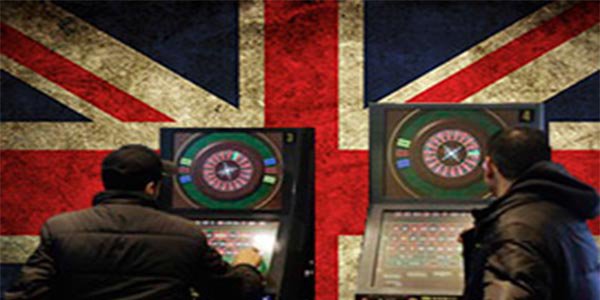 FOBTs continue to cause serious problems in the UK and North East Lincolnshire is the most current example as it turns out that GBP 34 million were spent on these machines in one year.

“Fixed odds betting terminals” (FOBT) have caused countless zealous discussions among authorities, bettors and gambling opponents, since their introduction in the UK in 2001. Many critics blame these machines for the serious problem betting issue in the country and claim that FOBTs are very far from the long-established tradition in land based and internet betting in the UK .

The betting addiction, which these machines can cause, given the opportunity to bet up to GBP 100 every 20 seconds and the possibility to win up to GBP 500, brought FOBTs the glory of being called “the crack cocaine of gambling.”

There are a total of 172 touch screen machines, which offer variety of casino games in North East Lincolnshire and the Louth area. They are located in 47 gambling shops, following UK gambling laws.

Shocking statistics that were revealed recently showed that around GBP 34 million was wagered at the gambling machines in the area of North East Lincolnshire for one year.

These alarming figures for 2011/2012 were provided and analyzed by the Campaign for Fairer Gambling, the Gambling Commission and the Office for National Statistics in the UK.

• They bring revenue of over GBP 1.5 billion/year

Austin Mitchell, Grimsby MP, commented on the severe gambling problem caused by the FOBTs and claimed that he is in favor of banning the machines: “I think they should be banned because of their highly addictive nature.”

He added: “They serve no positive socioeconomic function and merely suck money out of the local economy and put it into the pockets of fat cat gambling barons. They shouldn’t be allowed and the Government should act now to close them down in my view.”

Unfortunately, the government doesn’t seem to be eager to act fast on this issue, as the tax revenues generated by the machines are immense. (/gamblingnews/uk-government-unwilling-to-kill-betting-terminals-3312).

Martin Vickers, Cleethorpes MP, also commented: “I am sympathetic to the calls for greater regulation. I am not someone who by nature wants to regulate and regulate, but in this case I think it is justified.”

Gambling machines cause trouble in all parts of the UK

The Gambling Commission reported that the crisis is not only in North East Lincolnshire but in the whole country as there are more than 33,000 FOBTs, which bring revenue of over GBP 1.5 billion/year.

Regardless of the Gambling Act 2005, which restricted the terminals to four/betting house, Labor party members argued that bookmakers managed to overcome the law by simply opening more branches. This is how they managed to obey the limit, but still acquire more revenue from operating higher number of machines.

It also appears that the parliamentary constituency of Grimsby, has the highest number of machines in the region. There are 77 machines there and GBP 15,352,813 in cash is gambled through them every year.

Going back to the opposing opinions of critics and the government, the Campaign for Fairer Gambling is one of the devoted lobbyists, who require from the Government to introduce restrictions on both the content and the operation of FOBTs.

One of the major reasons behind this request is the fact that these machines are blamed for deepening the issue with problem gambling much more than any other betting types.

Again, the actual probability that the government will vote in favor of banning the FOBTs is quite unlikely, as they contribute around GBP 700 million in taxes paid.

However, there is a campaign, which is trying to reduce the maximum stakes from GBP 100 to GBP 2, so that FOBTs will offer the same betting levels as all the other Category B machines.

Campaigners also insist that this change can be implemented by the UK Department for Culture, Media and Sport, so that unnecessary waiting for changing the primary legislation will be avoided.

The campaign also supported the Labors’ recent proposal to give each council the power to ban the machines from bookies’ shops in their regions. Unfortunately for the FOBTs opposers, this Labor action was defeated by 314 to 232 – with a majority of 82.

David Cameron, UK’s Prime Minister, promised that an action towards the machines would be taken, after a review by DCMS. He added: “This is a problem, it does need looking at, we have a review under way. Frankly, we are clearing up a situation that was put in place under the last government, but I think if we work together we can probably sort it out.”

Helen Grant, Gambling Minister, who opposed the Labor motion, addressed the MPs saying: “We believe in doing things properly. We’re waiting for the research, we have put pressure on the industry to produce the data.”

She added: “We’ve got reports coming out imminently, there’s going to be precautionary protections placed by the industry at the end of March and then we will do whatever is needed to make sure people are protected.”

Uncertain future for the FOBTs

The prospects of the machines are not clear yet, but one thing is for sure: they generate significant part of the gambling tax in the UK.

Therefore, it will take a lot more efforts of FOBTs enemies to be able to bring any difference to the current situation. However, March is around the corner, so some Government actions might follow after the reports are publicized and problem gambling activists may have reasons to celebrate.