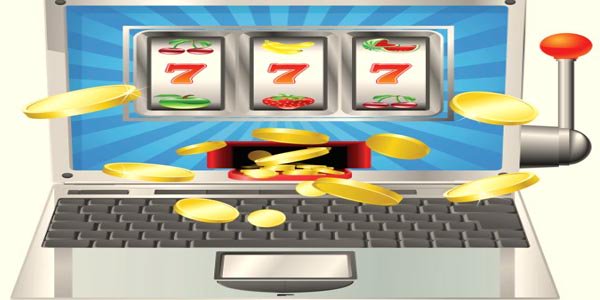 It has been plastered all over gambling news in the US and Canada. Land-based casino revenue is on the decline. The Asian city of Macau has surpassed Las Vegas to become the gambling capital of the world, and casinos across the continent appear to be hurting.

Nowhere is the downturn more evident than in Atlantic City, which has been on the decline for several years. The East Coast tourism and gambling hub has seen a marked drop in casino revenues and several establishments have recently filed for bankruptcy. Things are looking very, very bad for “America’s favorite playground.”

The city’s twelve casinos pulled in $2.9 billion in revenue in 2013, the lowest in 22 years and one of the worst since it legalized casinos in 1979. Revenues have declined for seven straight years and are down 45 percent from 2006. Last year the Atlantic Club and the Revel went under due to financial struggles. Now that we know what, the question is…why?

Some land-based casino investors, namely Las Vegas Sands CEO Sheldon Adelson, have pinned the blame squarely on the emerging American internet casino
market. Despite being illegal until a 2011 Department of Justice (DoJ) decision to allow states to create their own online casino markets, online gambling has been popular in America since its inception in the 1990s.

• Land-based casinos are struggling across North America, with Atlantic City’s revenue down 45 percent since 2006
• Rather than “cannibalizing” business from land-based casinos, online casinos generally serve customers who would not otherwise gamble

• Atlantic City’s decline appears to be caused primarily by competition from casinos in Pennsylvania and New York, not online

Last year New Jersey and Delaware voted to legalize online casinos, launching the first regulated sites in American history in November. Nevada legalized online poker. Adelson and others spent massive sums of money fighting these legalizations, arguing that online gambling is “cannibalizing” the traditional casino business by allowing players to stay home and out of casinos.

One the surface, this interpretation makes sense. People love the convenience that online gambling affords. Rather than getting dressed up and driving hours to the nearest casino just to wait to get a table and then have to tip dealers and waiters, people can now enjoy all of their favorite table games without leaving their homes. Can you blame anyone for blaming the decline of land-based casinos and Atlantic City in particular on online gambling?

The only problem with this interpretation is that it just isn’t true.

The myth of cannibalization

The argument that online casinos in America cannibalize players from brick-and-mortar establishments is oversimplified and not supported by close analysis. In reality the markets are complimentary, not competitive. Most people who gamble online are unlikely to visit a land-based casino anyway. The truth is, people go to casinos for the experience just as much as the games themselves. Online casinos are essentially offering a different product.

Sands’ rival the Boyd Gaming Corporation has recognized this and prudently chosen to augment its land-based operations in Atlantic City with internet casino sites. It owns a 50 percent share along with MGM in the Borgata Casino in Atlantic City and the Borgata online casino. According to an analysis on the company’s operations in New Jersey, the opening of its online casino caused a net increase in revenue. Read the report:

It is possible that some gamblers at some times will stay home rather than withstand all of the inconveniences involved with going to a casino. One can’t blame a player in Newark for wanting to stay home rather than make the drive to Atlantic City. But the truth is clear: the majority of online gamblers have little interest in land-based casinos in the first place.

Online gambling also provides a platform for casinos to advertise their land-based services. Research has shown that some who start gambling online later develop an interest in visiting casinos.

The real cause for the broad decline in casino revenues across North America is not online gambling. The phenomenon has a simpler but less publicized cause: the land-based market is much more competitive than it was in past decades. American gambling laws allow states to make their own casino licensing systems. Most states have had very strict systems, with some refusing to grant any licenses at all.

This has changed in recent years. More and more states have turned to casinos as a source of tax revenue. Now that the market is relatively dispersed rather than concentrated in a few hubs like Las Vegas and Atlantic City, individual casinos are facing tighter competition and are turning in smaller revenues.

Whereas in the past many gamblers in New York City, Northern New Jersey and Philadelphia would have made the drive to Atlantic City to gamble, now they have more land-based options close to home. According to one gambler in New Jersey who now takes his business to Philadelphia: “PA is skimming New Jersey. A lot of people would rather drive here, drive for a few minutes, rather than drive more than an hour to Atlantic City. I ought to know; I was one of them.”