The Asian Casino Tiger: Japan on the Verge of Legalization

News >The Asian Casino Tiger: Japan on the Verge of Legalization 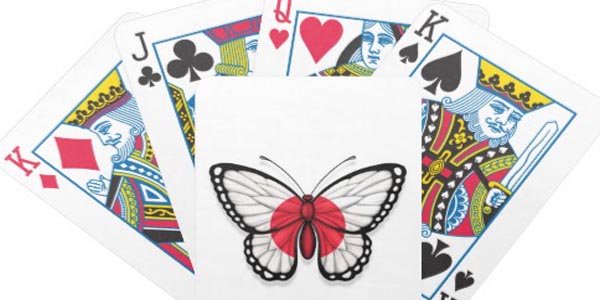 The center of global casino gambling has shifted eastward, and we definitely don’t mean Atlantic City. With Europe stagnating and American casino revenues on the decline, Asia represents the most exciting emerging market for investors and one of the few regions where gambling news is good news. Macau has surpassed Las Vegas as the world leader in casino gross win and Vietnam, Korea and Cambodia are undergoing major resort casino projects.

But in what many investors call the most exciting market in Asia, casino gambling isn’t even legal. That market is Japan, which has a long-standing ban on gambling but also a political class that is warming up to the idea of legalization in advance of the 2020 Tokyo Olympics. A report by Citi indicated that if the market opened up, Japanese casinos could pull in 15 billion annually. This would make it #2 in the world behind Macau.

Japan is an exciting market for a variety of reasons. The first of which is its location in the Northeastern Pacific rim in close proximity to both China and Korea. Both countries have growing economies and as we’ve learned, more money equals more interest in casino gambling. Both countries also have severely restricted domestic casino markets, so an outlet in Japan would attract a lot of travelers.

Chinese gambling laws only allow casinos to operate in the autonomous city of Macau. While it is now the world’s main destination for gamblers, it lies in the South China Sea far from major cities like Beijing, Tianjin and Macau. By contrast, Japan is only a stone’s throw away. As the new rich in China look for new way to spend their money, many will certainly look to Japan.

In nearby Korea, casinos can only stand in certain special economic zones and are off-limits to locals. As it stands, Koreans interested in gambling have to fly all the way to places like Macau, Singapore and the Philippine’s to play. As one can almost swim from one country to the other, there is no question that it represents a natural market for Korean gamblers.

Last but not least, a few Japanese locals may be interested in visiting casinos. Tokyo, Okinawa and Osaka have been pegged as the mostly likely locations for casinos, offering huge domestic markets as well as accessibility to tourists.

Change is on the horizon

The regional economic powerhouse currently has only a few forms of legal wagering. To bet on sports in Japan is legal in addition to the traditional game of pachinko. However, casino gambling has been banned outright since 1907. Lifting the ban has come up before but has never gotten off the ground. The political class as well as the business elite finally appear willing to buck tradition and issue casino licenses. Why?

• Japan is expected to legalize casino gambling this year

It is well-documented that the Japanese economy is not as strong as it once was. Promoting tourism could be one way to help get the wheels turning again. Japan currently has relatively low rates tourist inflow. In addition to bringing in leisure seekers, integrated resort casino projects would also provide much of the infrastructure needed to host business conferences.

The government hopes to triple the annual number of incoming tourists by 2020, and casinos are viewed as an important part of the necessary strategy. In addition, individual regions and cities within Japan are pushing for casino projects to boost local employment and tax revenue. It is projected that a casino project could boost Okinawa’s annual tax revenue by almost 17 percent.

Who has their eyes on Japan?

Almost every major international gaming provider eyes Japan with excitement. As no domestic firms have experience in casino management, any licenses will likely be issued to consortiums or foreign bidders. Some high-profile companies are preparing bids in anticipation of legal changes are Las Vegas Sands, Genting Singapore, Melco Crown and Wynn Resorts.

Sands CEO and archenemy of online casinos in America Sheldon Adelson recently pulled out of a huge casino project in Spain, citing the desire the relative attractiveness of opportunities in Asia. He has pegged Japan as a particular place of interest.

Genting Singapore has expressed a lot of interest and given its track record of pioneering casino projects in new markets would seem to be an attractive candidate for a license. It opened Singapore’s first ever legal casino in 2010, the Resorts World Sentosa. The venture has been extremely profitable and the company recently announced an agreement to build a massive casino in Korea.

While some local firms like Sega Sammy Holdings, Konami and Fuji Media Holdings have expressed interest, most likely they will have to enter into consortiums with foreign firms in order to obtain licenses. Regardless of how involved these domestic firms are, foreign capital and expertise will be the drivers of Japan’s casino industry in the near future.

When can we expect the doors to open?

Legislators are currently debating a bill which would legalize casinos and allow the government to issue licenses. The local government of Osaka is already accepting bids from interested parties, seeing bill passage not as a matter of if, but when. Optimistic observers expect it to gain approval sometime this year, with licensing proposals to be reviewed immediately after. It is expected that three licenses will be awarded.

The hope for both pro-casino politicians and investors is that Japan’s first casinos will be open in time to serve spectators of the 2020 Olympics. Citi expects the first construction projects to being in 2017, and casino doors to open during 2019 or early 2020, on time for the Olympics.