Get in the Game with Unit9’s New Software

News >Get in the Game with Unit9’s New Software 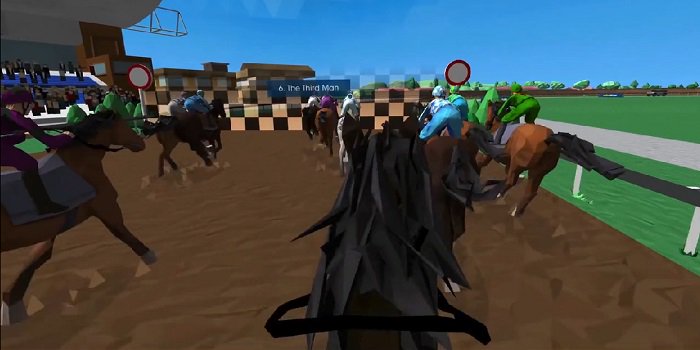 The VR virtual reality program could allow players to live through the experience of riding.

If you ever wondered how it feels like to ride in a race on a horsetrack but never dared to try, this is your chance! Unit9 software provider’s new development will allow you to feel like a jockey. According to gambling news, the project was named the VR and works with Ocolus Rift, Google Cardboard or any other smartphone powered headset.

For now the only track available in the software’s virtual world is the 18.10 race originally ran at Kempton Park on 18 February this year. The computer reality is so real that users are able to take a look around and see not only the background, but other riders and horses around them.

Feel the heartbeat of the jockey

As an additional feature informations such as the rider’s heart rate, stride length, race position and distance remaining will appear on the screen. In the making of the Get in the Race experience platform actual data from the race was used. Considering how realistic it turned out there is a chance that it will go live in the future.

With a GPS tracker and sensors placed on the horses anyone would be able to track their favorite horse. This would be a great option for those who enjoy placing bet on sports in the UK or anywhere else in the world to follow their choice as closely as possible. The prototype was demonstrated at the Digital Shoreditch Festival.