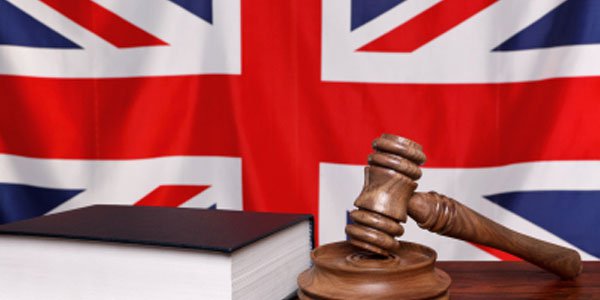 New remote gambling laws were supposed to come into force at the beginning of this month, but it looks like the Government went ahead of itself when it set that deadline.

The Gambling (Licensing and Advertising) Act 2014 caused a lot of controversy in the online casino industry, after authorities announced they were going to force all remote gambling operators to get an additional license if they want to sell their services in the UK.

The proposal was challenged in High Court by the Gibraltar Betting and Gaming Association (GBGA), who called it both “irrational” and “unlawful, because it is an illegitimate, disproportionate and discriminatory interference with the right to free movement of services”.

Despite the objections raised by the GBGA, officials went ahead with their plans anyway, announcing that the new British gambling laws would be applicable to all online casinos and betting sites as of October 1st. For a while it seemed like they were going to stick to the initial deadline, but shortly before the big day they decided to postpone everything and wait until November.

While obtaining a new license to offer services in the UK already means extra costs for online casinos, the British Government thought this was not enough and proposed the introduction of an additional “point of consumption tax”. The change is set to take effect on December 1.

This means another 15% of UK gambling profit that foreign-based companies will have to pay to the UK Government. Until now, operators had the option to move their registered offices overseas – to locations like Gibraltar, Malta, Isle of Man or the Caribbean, where costs and taxes are much lower – thus evading British taxes.

Until now, online betting sites and casinos conveniently targeted the highly profitable British market, without having to actually contribute to the UK’s local budget. It is understandable why officials expect to get something back from these businesses, but on the other hand European regulations require all member states to grant free movement of services within the European Union.

In the name of equal treatment

British gamblers are caught right in the middle of this dispute, as some of their favorite online casinos or betting sites are withdrawing from the UK market. Others have chosen to pay the price, and UK Gambling Commission chief Jenny Williams said a number of operators have already applied for a new license.

Williams explained: “Of course, nothing is certain, but as far as we can tell, we would be extremely surprised if the process would procrastinate. It’s full steam ahead. It would not be fair for those who have invested a lot of time in preparation, to be ready at the right time, to keep the process result back now.”

The British government had been planning to rethink the taxing policy for online gambling companies for a while now. Some officials argued that the conditions for domestic and foreign bookmakers were too different, and this lead to unfair competition.

“I think one of the main reasons why we’ve decided to take a PoC regime change, is that we cannot perform an effective licensing, without having access to the operators or knowledge of their operation,” Williams added.

To stay or to go?

Until now, being based in a foreign jurisdiction had a lot of advantages, including a tax exemption. This was the main reason why many gambling companies incorporated in the United Kingdom operated from places like Gibraltar or Malta. In some of these offshore jurisdictions, there is no corporate tax, or the amount collected by the local government is considerably lower.

Under these circumstances, staying in the UK, where the competition is tough, is not worth it for some online and mobile casino operators. For example, All Slots, All Jackpots and GoWild have already announced they were pulling out of the UK market.

Another example is Betfair, whose management said it expected to save GBP20 million a year after moving its operations offshore to Gibraltar. The betting company used to pay a 15% gaming tax on gross profit from betting, but now that it moved it only owes 1% to the local government. Bet365 has also recently relocated to Gibraltar.

If the GBGA is successful in its battle to overturn the new law and the so-called “double taxation,” overseas companies will have a great advantage over those that stayed in the UK, and applied for a new license.

The court will soon decide whether the proposed British gambling laws are indeed “irrational” and “unlawful”. But if the GBGA loses the case, players will most likely lose some of their favorite online gambling services.