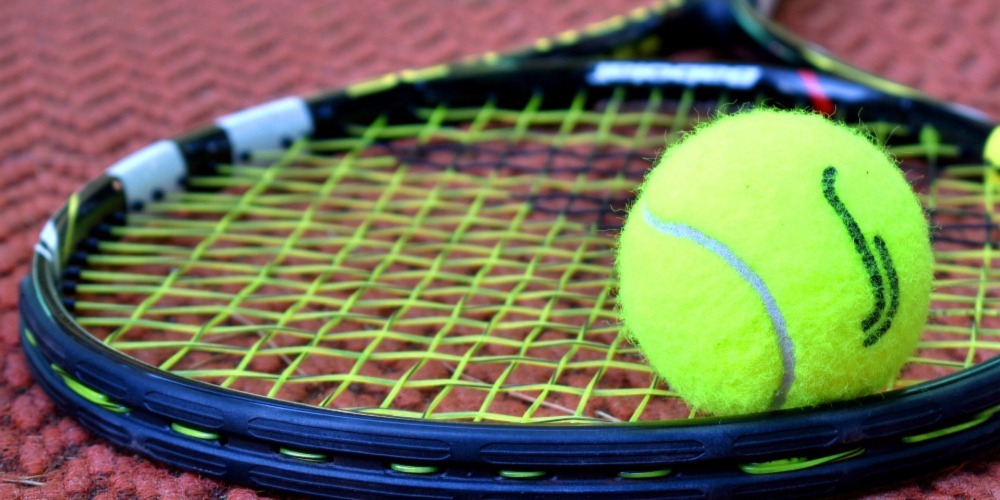 Have you heard about any of the greatest tennis matches ever? Honestly, there were some and right now we have a list of the most outstanding ones. Tennis is a game of constant excitement and each match can turn the tables. So if you are interested keep on reading! Also, keep in mind that everyone has a different opinion on what is considered a great match so leave a comment if you think there is a match we missed and would be worth mentioning.

And also don’t forget to visit 22BET Sportsbook for your next tennis wager! As Wimbledon gets closer it’s high time for that. And you can also check out our prediction for the 2022 Wimbledon Championship!

Wimbledon is a special championship as many of the greatest tennis matches ever happened here. In 2010 this was the place where John Isner and Nicolas Mahut played a memorable match. Although neither Isner nor Mahut is considered top tennis players this match between them is something big. As it seems 2010 Wimbledon was the top match of their career.

Back then at Wimbledon, there was nothing as a fifth-set tiebreaker. So let’s imagine this: the first two sets ended as a split between Isner and Mahut. Then the tiebreaker settled the score in the third and fourth sets. So it seemed that one of them had to break serve. What makes this story more interesting is the fact that both have strong serves.

Back then in 2001, Federer was only 19 years old. And even though he was talented no one really knew how much of a player he would be. So in 2001, he was playing against Pete Sampras. And if you know tennis you might as well know that at this time Sampras was considered one of the best players, or even the best. It seemed like young Federer had no real chance against him.

However, the turned out pretty exciting. It was a close match even though Federer did not win it. On the other hand, it was a victory for him as he was able to show the world that Sampras did not win easily. Two years after this match Federer won his first Grand Slam. All in all this match was an important turning point in his career. Also don’t forget to visit 22BET Sportsbook to put on your next tennis bet!

5. 2012 Australian Open – One of The Greatest Tennis Matches Ever

This is a match you at the Australian Open might have even bet on some of the online sportsbooks in the US. Hard to believe it was 10 years ago when we saw one of the biggest matches between Novak Djokovic and Rafael Nadal. Most people believe that this match was the one that turned around Djokovic’s career.

Also what makes this match even more memorable is the duration of it. It is the longest semi-final in Grand Slam history. The game lasted for 5 hours and 53 minutes. At that time Djokovic was a three-time Grand Slam winner and his career was getting brighter. In the beginning, it seemed like Nadal would win the match as he had won the first set 7-5. After that things turned and Djokovic won the next set.

Wimbledon is the place where many of the greatest tennis matches ever happened. If you are long enough you might just remember watching this match on TV. Back in 2009, this was the match of the year where Federer played against Andy Roddick. Even though Andy Roddick might seem right now not as popular as Federer, he is one of the biggest tennis stars. And some people say that this was the match that changed Roddick’s career.

Roddick appeared to be on his way to beating Federer for the first time. Two of the five sets were decided by a tiebreak, while the last set reached 30 games. Federer eventually got the much-needed break, despite Roddick’s excellent serve. All competitors were serving so beautifully that the first guy to break would undoubtedly win the match.

Before the memorable game of the 1980’s Wimbledon (of which we’ll talk soon), McEnroe had another amazing match. One that is also a part of the greatest tennis matches ever. It was the Frenc Open in 1984. To be honest the 80s was an exciting and golden era when it comes to tennis. Sure we can see tennis stars rising and memorable matches nearly every year but the 80s were different.

So talking about the French Open in 1984, McEnroe played with Ivan Lendl. And why was this match exactly that outstanding? As we said before tennis tables can turn at any time and this is what happened there.

When McEnroe entered the French Open in 1984 everyone was kind of sure he would be the winner. His final opponent Ivan Lendl had no Grand slam championships. And even though at the beginning it seemed like McEnroe will win swiftly things take an interesting turn. And finally, the Czechoslovakian player won.

In our list of greatest tennis matches ever we have some of the Wimbledon games. Right now we just have another one. Before 2000 it was the greatest ever match, and some people believe we haven’t seen a match like this since. It’s for you to decide! Although it’s something that we’ll always remember. In. 1980 at the Wimbledon Bjorn Borg and John McEnroe. All in all theirs is one of the biggest tennis rivalries in history.

Following a loss with an all McEnroe onslaught in the first set, Borg won each next two and had two title points at 5–4. McEnroe, on the other hand, avoided disaster by leveling the game in Wimbledon’s most famous 34-point tiebreaker. That he won 18–16.

So McEnroe survived five matches and Borg six set points in a fourth-set tiebreak before winning the set. To begin the fifth set, Borg served first and went down 15–40. In the deciding set, Borg won 19 consecutive games on serve and triumphed after 3 hours and 53 minutes.

What makes their match more memorable is the following year at Wimbledon. After a year they met again and this time it was McEnroe who won. Taking everything into consideration the 1980s Wimbledon is really one of the greatest tennis matches ever. And probably the most memorable one too.

1. 2008 Wimbledon Final the Top of The Greatest Tennis Matches Ever

If you love tennis you exactly know why this is considered to be one of the greatest matches of all time. Well, we can’t say that it is the No.1 match of all time but many people believe it is. So let’s get into the details. 2008, Wimbledon Federer vs. Nadal. They of the highest-ranking players of all time.

Many people assumed though that Federer would be the winner. It was known that Nadal was kind of the King of Clay and Federer on the other hand the King of Grass. Nadal dominated the very first two sets 6-4 6-4 despite being the underdog. The following two sets were one of the highest-quality tennis ever seen in the sport’s history. The excitement grew and it was hard to predict the outcome.

They played for exactly 4 hours and 48 minutes, making it the longest ever final in Wimbledon. And what happened at the end? You might already know that after all, they both take a lead, and finally, Nadal won. Even though it was one of the most unpredictable games in the history o tennis. If there you were to bet on any online gambling sites in the US, you wouldn’t even know whom to bet on.