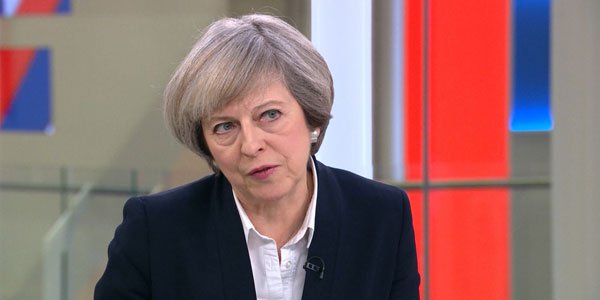 There are many to choose from, but here we’ll take a look at a few of the best political bets to make money this year at Paddy Power.

Political betting has become one of the most popular forms of wagering these days, and most people will tell you the best site to place these bets is Paddy Power. There’s a massive list of great 2017 political bets available today, but in this article we’ll only look at three.

Bet on the next UK Prime Minister after Theresa May

Looking back, Theresa May’s decision to call for a snap election was a huge mistake. Hindsight is 20/20 of course, and the question now is how the results will affect her position as UK Prime Minister. The Conservative Party lost 17 seats in Parliament, and their opinion of May has never been worse.

There are many now publically calling for Theresa May to resign, but who will take her place? That’s one of the best political bets to make money right now at Paddy Power. At the top of the odds is Jeremy Corbyn, leader of the Labour Party. The Labour Party still may not hold a majority in parliament, but it seems likely that Corbyn will take May’s spot if she fails to garner more support. Corbyn’s odds to become Prime Minister are set at 10/3.

A more risky political wager is on Boris Johnson, one of the men who helped to bring about Brexit. Johnson seemed uninterested in the position after David Cameron stepped down from office, but he’s a solid bet to make money this year with odds of 6/1.

Bet on if Trump completes his first term in office

Since becoming President, Donald Trump has faced wave after wave of scandals. None of these have been serious enough to warrant impeachment, although it wouldn’t exactly make UK gambling news to see the 45th President’s time in office end early.

What could happen that would force Donald Trump to be impeached? (photo: variety.com)

One of the best political bets to make money in 2017 is on how long Donald will remain the US President. It takes an extremely serious case to be forced from office, which is a key reason why Paddy Power lists the highest odds here for him to remain President until 2020 or later at 1/1.

There’s plenty of reason to believe Trump’s done something worth losing his job over, and the odds that he’s impeached in either 2017 or 2018 are set at 3/1.

Bet on which European nations leave the EU

Brexit sent shockwaves across the world, and almost immediately many political betting experts began predicting which country would be the next to go. Many online sportsbooks in the UK are now offering their members to wager on this, and some great odds are available for members.

Likely due to economic struggles and political disagreements, Italy is actually the betting favorite to leave the European Union before 2025. It would be a massive blow to the continent, but Paddy Power feels it’s the most likely scenario with odds of 1/1.

Although the country is heavily reliant on the EU, it might be a smart bet on Hungary leaving the EU in the future. Perhaps no other country has been as defiant to the European Union as Hungary, particularly when it comes to the ongoing refugee crisis. At the moment, Hungary’s odds to leave the EU are set at 10/1.

To find more of the best political bets to make money this year, make sure to head to Paddy Power. It’s here that you’ll also find a huge list great 2017 political betting options.