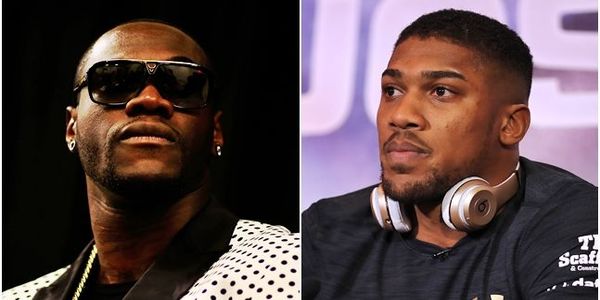 While a number of major fights are still scheduled to take place this year, in this article we’ll look ahead to some of the biggest boxing fights that could happen in 2018.

For years it seemed like boxing was slowly getting run of out town due to the popularity of mixed martial arts. Due to corruption and an apparent inability by promoters to make big fights, fans of the sweet science have been actively voicing their displeasure with how the sport has been moving over the past couple of decades.

In recent years however, there seems to be a rejuvenation in boxing and (particularly in 2017) fans were treated to a number of major fights. With the year almost over, now is the perfect time to look ahead to some of the biggest boxing fights that could happen in 2018, and discuss who would come in as the favorite according to different online sportsbooks in the UK.

Two of the biggest and best heavyweight fighters on the planet may very well face each other sometime next year. Deontay Wilder and Anthony Joshua are representing USA vs. Europe, and the winner would likely go down as the best heavyweight of this generation.

Wilder began his professional career in 2008 and has gone 38-0 with 37 knockouts. He’s got an unorthodox style that gives nearly every fighter he faces problems, yet some boxing betting experts feel an opponent with strong fundamentals could give Wilder problems. At the moment, Unibet Sportsbook lists Wilder as the underdog against Joshua with odds of 3.25.

Anthony Joshua is seen by most as the face of heavyweight boxing right now. He won gold at the 2012 Olympic Games and has gone on to record a 19-0 record with every fight ending via KO. He’s likely the more polished fighter, and enters as the boxing favorite with odds of 1.30.

Saul “Canelo” Alvarez and Gennady Golovkin engaged in one of the most anticipated fights of all time this year, yet the outcome was marred by a judges decision of a draw despite most feeling that GGG had done enough to win. Now, one of the biggest boxing fights that could happen in 2018 is the rematch between both men.

Canelo Alvarez came into this fight as the smaller man in the first fight. The biggest factor in the matchup seemed to be his tentativeness, despite his reputation as a pressure fighter. Because most feel he lost in the first one, Canelo enters round 2 as the boxing betting underdog with current odds of 2.62.

Gennady Golovkin was robbed of another victory in their first fight, and would likely come into the second one looking for a stoppage. He controlled the ring for the majority of the fight and landed the much harder shots, making him the favorite according to Unibet Sportsbook with current odds of 1.50.

McGregor vs. Malignaggi in 2018

To the boxing diehard fans this certainly isn’t one of the biggest boxing fights that could happen in 2018, yet as we saw from McGregor-Mayweather, Conor has the ability to make any fight he takes a spectacle.

Conor McGrgeor’s first foray into professional boxing didn’t exactly go as planned, yet he proved he could at least hang with one of the true greats of the sport and even won a few early rounds. He claims to have beaten Malignaggi in sparring, yet is listed as the considerable underdog here with odds of 2.50.

Malignaggi has been retired from pro boxing since suffering a KO loss to Sam Eggington back in March, but after his public feud with McGregor he’s stated he would be willing to come back to take on the Irishman in the squared circle. His experience makes him the favorite to make UK gambling news
with the victory here and holds odds of 1.50 to beat Conor.

What do you think are the biggest boxing fights that could happen in 2018? Will any of the ones we listed take place next year? Tell us what you think in the comment section below and head to Unibet Sportsbook to find a complete list of 2018 boxing betting odds!