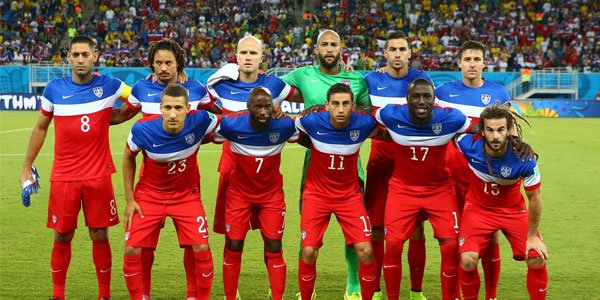 The most important tournament in sports will officially begin in June of 2018, and there are already a few World Cup underdogs that fans feel have a real shot at pulling off the upset.

Soccer fans around the world are already eagerly awaiting the start of the 2018 World Cup. Qualification games have been taking place for months, and a number of teams are already emerging as real World Cup betting favorites.

On the other hand, some teams that soccer betting experts didn’t feel had a real shot at making an impact next year in Russia are starting to look like they might have a shot at winning. In this article we’ll focus on these World Cup underdogs, and discuss the odds that are set for each team according to Intertops.

The United States has one of the largest sports fan bases in the world, but it’s no secret that their national soccer team has not exactly been up to par with many other nations. In more recent years, this trend has began to sway, and the team has found some major success in a number of international tournaments.

Tell any hardcore soccer fan that the USA will win the World Cup and you’ll probably receive an eye roll, but they are one of the best World Cup underdogs you can bet on right now. They’re performances in qualifying games have left a lot to be desired, and they have 4 games left to earn their shot into the tournament.

Assuming they do, a World Cup bet on USA with one of the many online sportsbooks in the US may be a solid wager. They looked phenomenal at the recent Copa America, and with new head coach Bruce Arena, their current odds of 67.00 are very appealing.

Portugal has long been considered one of the premier national teams in Europe, and after their recent win at the European Championship they have emerged as one of the best World Cup underdogs to bet on heading into the tournament.

Portugal made headlines last year with a victory at the 2016 European Championship (photo: rte.ie)

Christiano Ronaldo is an obvious key for the team’s success over the years, but they possess an extremely talented roster including Nani, Pepe, and Joao Moutinho. Portugal is ranked second in their qualifying group stage right now, and will almost assuredly make it into Russia.

This team has shown some obvious holes in their game over the years, notably in their ties with Iceland, Austria, and Hungary at the 2016 Euro, but they remain one of the best teams in the world. At the moment, Intertops lists Portugal’s odds to win the World Cup at 23.00.

Before the aforementioned 2016 European Championship, many soccer betting analysts listed Croatia as one of the dark horses of the entire tournament. They helped fuel this fire in the group stage with impressive wins over Turkey and Spain, but they lost in the round of 16 to eventual winners Portugal.

Since that disappointing loss, they’ve looked tremendous. In the World Cup qualifiers, they’ve been dominant with 4 wins, 1 draw, and only 1 loss. Croatia hasn’t found tremendous success in the World Cup since joining, but have a real shot at making US gambling news with the upset win in 2018.

It’s actually a little surprising to see Croatia listed as one of the major World Cup underdogs. They have some extremely talented young players on their roster and continue to improve every year. Their odds to win are set at 41.00.

Who do you think are the best World Cup underdogs heading into Russia? Will any of the teams we listed pull off the upset? Tell us what you think in the comment section below, and head to Intertops for a full list of 2018 World Cup betting odds.