Here are Some Great NBA Playoff Bets you can Make in the UK!

News >Here are Some Great NBA Playoff Bets you can Make in the UK! 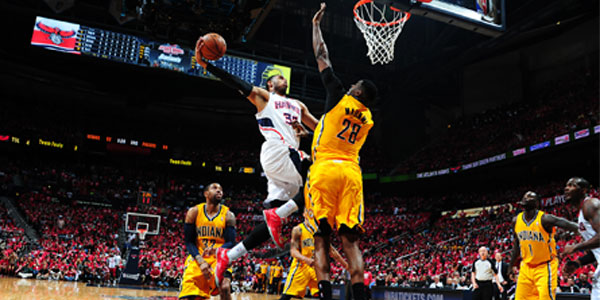 With the Finals scheduled to take place on June 1st, it’s time to look at the best NBA playoff bets you can make in the UK right now.

The 2016/17 NBA playoffs began on April 15th. Now, members of NetBet Sportsbook have access to a wide range of amazing basketball bets for the rest of the season. In this article we’ll take a look at a few of the best.

Bet on the NBA Championship winner

Members of NetBet have access to a wide range of different NBA playoff betting options, but they also have the opportunity to place a bet on this season’s championship winner. There are some incredible odds available here for basketball fans to cash out.

At the top of the NBA Championship winner betting odds are the Golden State Warriors, who are the number one ranked team in the NBA with a current record of 67-15. Golden State has been a top team for years, and are one of the safest NBA playoff bets you can make in the UK with odds of 1.57.

If you feel like going with an underdog team, consider betting on the Houston Rockets to win. They are the number 3 ranked team in the Western Conference and possess arguably the top player in the league right now, James Harden. The Rockets’ odds to win are set at 17.00.

Bet on the individual series

Over the next few weeks, a number of different NBA playoff series will begin. As one of the best online sportsbooks in the UK, members of NetBet Sportsbook can now place bets on the series winners.

The Warriors and Trail Blazers will play their 2nd series game on April 19th (photo: warriorsworld.net)

One of the upcoming series that NetBet members can bet on right now is between the Washington Wizards and Atlanta Hawks. These two Eastern Conference teams are seen by most NBA betting experts as serious underdogs to make it to the Finals this year, but as we’ve seen before, anything can happen. Now, you can bet on the exact series score. The betting favorite is on the Wizards winning 4-1 with odds of 3.20. The Hawks winning the series 4-2 has odds of 8.00.

Bet on the individual playoff games

In addition to betting on the series results, members of NetBet Sportsbook can also bet on the winner of individual playoff games. The odds here are not as drastic, but still offer some fantastic opportunities to earn money betting on basketball.

The Wizards and Hawks will have their second game on April 19th, and it’s Washington who’s coming into the game as the considerable betting favorite with odds of 1.42. The Hawks have lost two straight games, and have odds of 2.75 to beat the Wizards.

The Pacers and Cavaliers will play their 3rd game on April 20th. The Cavs have won the first two games of the series, and are the massive betting favorites heading into game 3 with odds of 1.60. The Pacers are one of the lowest ranked teams in the playoffs, and are seen as massive underdogs here with odds of 2.25.

To find a full list of the best NBA playoff bets you can make in the UK, make sure to head to NetBet Sportsbook. Who do you think wins the championship this year? Tell us what you think in the comment section below!