Here are the Safest McGregor vs. Mayweather Bets to Make Right Now 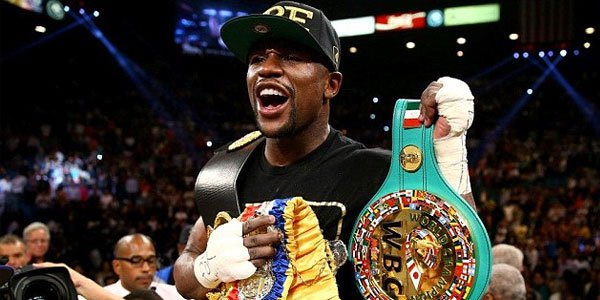 With the fight just around the corner, now is the perfect time to take a look at a few of the safest McGregor vs. Mayweather bets you can make with Paddy Power Sportsbook!

On August 26th, two of the most enigmatic fighters in the history of combat sports will meet in the boxing ring in what will likely be the highest grossing bout of all time. Both Conor McGregor and Floyd Mayweather have been nothing short of confident in the leadup, and even the best boxing betting experts are second guessing themselves when it comes to predicting the victor.

Luckily, many online sportsbooks in the UK are offering a wide range of different bets, many of which offer a fantastic opportunity to make money. In this article we’ll take a look at a few of the safest McGregor vs. Mayweather bets you can make online.

Floyd Mayweather is widely considered to be the best defensive boxer of this generation, if not all time. Time and time again he’s used this skill to avoid his opponents punches while landing his own. Generally speaking, he doesn’t earn stoppage victories, which is why many experts feel he will likely win this fight on points.

There’s no doubt he will have to be wary in the first few rounds, but if he can begin to wear McGregor down with body shots it’s likely he will begin to take over as the fight progresses.

There’s no doubt this is one of the safest McGregor vs. Mayweather bets you can make right now at Paddy Power Sportsbook. Floyd’s experience, accuracy and defensive skills should be enough to allow him to coast to a decision. Mayweather’s odds to beat McGregor on points are set at 5/2.

McGregor gets a point deducted for breaking a rule

As you probably know, this is Conor McGregor’s first foray into professional boxing. The 29 year old has had an extremely successful MMA career, but many fans and analysts are wondering how he will react when placed inside the squared circle.

Conor McGregor will need to avoid throwing any strikes like this one when he faces Mayweather (photo: latimes.com)

Pictures on McGregor’s Instagram account show him taking the back of his sparring partner and throwing a strike on the ground. This is obviously illegal under boxing rules, but will he try to pull something like that against Floyd?

Allegedly if he does something too egregious, he will be fined millions of dollars. If he only breaks a small rule however, it’s likely he’ll only have a point taken away. This might be a safe bet. Conor’s instincts are rooted in MMA, and it’s very possible he does something that warrants a point deduction. The odds of this happening are set at 5/2.

McGregor to win any round on more than two judges’ scorecards

As much as we’ve been praising the skill of Mayweather and somewhat writing off McGregor’s chances to make UK gambling news with a win, anything is possible in boxing and the odds that McGregor KO’s Mayweather actually could be worth the gamble.

Perhaps an even smarter wager is for Conor to win just one round during their fight. There’s no doubt he will have an extremely unique style that could confuse Floyd, and if he lands a big punch he could easily earn a round in the judges eyes.

Combine that with the fact that this fight is scheduled for 12 rounds, and this is one of the safest McGregor vs. Mayweather bets you can make. The odds that Conor wins any round are set at 6/4.

To find more of the safest McGregor vs. Mayweather bets online, make sure to head to Paddy Power Sportsbook. Tell us who you think wins the fight in the comment section below!