Hopes Up for the Legalization of Gambling in Ukraine

News >Hopes Up for the Legalization of Gambling in Ukraine 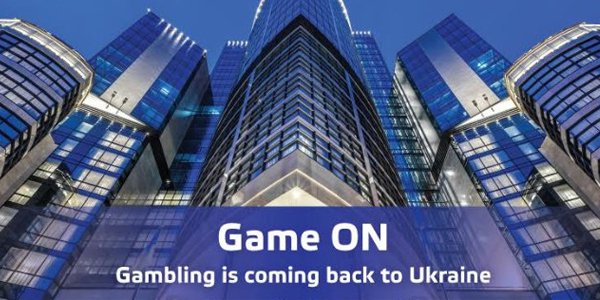 The Finance Ministry has proposed a new draft-law that would legalize and reshape gambling in Ukraine, including lotteries, casinos and sports betting.

Ukraine’s economy is pressured by debts and the expenses of the conflict with Russia. During these hard times, the €200 million estimated tax revenue from gambling would be a great relief for the country. This might be one of the reasons for the Finance Ministry to support the regulation and legalization of gambling in Ukraine. However, there are at least 11 different law-drafts, all with the same purpose: to overwrite the blanket ban that was introduced in 2009.

The Finance Ministry’s proposed legislation affects lotteries, casinos and sports betting. According to Olena Makeeva, the new Ukrainian gambling laws would set up “a uniform system of state monitoring, which distinguishes this bill from the others.” Also, it was drafted in mind with well-functioning international gambling markets. But there are parties that don’t agree with this. “I think this bill will not be adopted, because it is purely lobbying” for businesses that are close to the state, said Yuriy Kozhema of the Kyiv Union of Gambling Enterprises.

Olha Pavlova, a psychologist from Ukraine says that this isn’t the right time for the legalization of gambling. The economy is struggling and the country’s in war with Russia. These factors make citizens prone to irresponsible behavior, including excessive gambling that might lead to loans and poverty. “The mentality of the people is very broken, even in those who are not connected with” the war, she commented.

The proposed plan for a functional gambling market in Ukraine

IGT is a frontrunner for getting a Ukrainian gambling license (Photo: GGR Asia)

The Finance Ministry would establish an independent overseeing and regulating body, the National Service of Gambling. Jointly, with the cabinet of ministers, they would supervise this body for the first half-year of its establishment. Later on, the Ukrainian National Service of Gambling would be a totally independent authority, in control of everything in relation with gambling in Ukraine.

Under the new Ukrainian gambling law, lottery would be considered a form of gambling. Currently, it is totally legal, permitted to be organized both online and offline. The Finance Ministry wants to give the rights to a single operator. This operator would be chosen in a tender by the National Service of Gambling. However, the authorized lottery operator could issue sub-licenses to other companies.

Since the ministry wants to attract foreign operators “because they have a gambling business culture,” the sub-licenses would go to companies with similar activities in at least three other countries. This factor excludes Ukrainian lottery companies. International Game Technology (IGT) appears to be the candidate for the license.

Should casinos be restricted to luxury hotels? (Photo: Broadway World)

Casinos could be established only at international airports and four or five star hotels. “The people who go to these hotels have a higher than average level of prosperity,” reasoned Makeeva. This criterion has been also highly criticized. “We do not believe that casinos should be only restricted to four and five star hotels with more than 200 rooms,” said Darren Keane, CEO at Storm International. He also added that there are only a very few venues that would fit the conditions that would also limit the number of tables, therefore the revenues.

“There are no rules about placing casinos only in hotels in any legislation of the European Union, Georgia, Belarus, and the United States,” stated Kozhema. On the other hand, Makeeva says that they don’t want vulnerable people to have easy access to gambling, since it might have greater effect on their wallets. A one year license would vary between €300,000-1 million for land-based and €1,5 for online casinos in Ukraine.

Sports betting offices would be restricted depending on their location. They would be allowed to provide services both offline and online. A license would cost €1,5 million for the operation and €1,500-3,000 for opening an office. “Under these conditions, only big strong players will come to the market,” said Iryna Sergienko, general director of Ukrainian Bookmakers Development Union. It seems that’s exactly what the ministry is aiming for.

Game On says that gambling will still be coming to Ukraine (Photo: Ukraine Gaming)

“Please don’t take the new draft law issued by the Ministry of Finance seriously,” says Game On’s Facebook post. Game On has recently organized a gambling and gaming conference in Kiev. “We tried to educate and inform at Game On Some people don’t want to listen,” they added.