Horror Stories From Casinos – On The Edge Of Insanity

A casino is a place where lives change, sometimes for the better, but mostly, for the worse. Clearly, there is a reason for this. Namely, that the house always wins. As you know, you have to play responsibly to avoid horror stories. Sadly, gambling addiction affects too many lives. This does not mean that all gamblers turn into addicts, but casinos know what they are doing. They make everything seem more alluring. You will feel the whole a-little-party-never-killed-nobody vibe around you, but try to resist! Be responsible, and you will not end up on the list of horror stories from casinos!

It is not clear what triggers the desperate desire to gamble. Many people play for the wrong reasons. Some start playing out of boredom, looking for excitement, and then get stuck there. There are those who sit at the table nursing a broken heart, or the loss of their job, even if it’s the worst idea ever. Also, there are times when a drug or alcohol addiction turns into gambling addiction. We know in theory what goes through a person’s mind at a time like this, but there are very tough and real examples of how this actually happens.

In this article, you can learn about a few people who went down the wrong path and have been through hell. Whatever the addiction is, it’s always easier not to give in than struggle to get out. Realizing you have a problem is half the battle. In that case, don’t be ashamed to ask for professional help. The saying, nobody is perfect, is no cliche. Everyone struggles with something, and it’s not up to us to depreciate others’ problems. Let’s tell your family, friends, or those close to you, what you are dealing with because only a very small percentage manages to get over such a horrible thing alone. If they succeed at all!

One time is enough for the spark to catch fire. However, with the right attitude, willpower, help, and support, there is nothing you can’t do! We are not going to write more about addiction. Everyone knows how destructive it is. It’s not our goal to put you off, but it’s crucial to know that there are options and people who made it out of the darkest places. However long it may take, people need to be reminded from time to time that it’s possible.

Dave and Karen’s story goes back to their childhood. Karen’s parents were alcoholics, but thankfully she did not follow in their footsteps. Though, it was certainly something that left a mark and subconsciously affected her decisions. She partied a lot, and since her father was always the center of attention, she was attracted to that type. Dave’s father was a workaholic as well as a heavy drinker. He was desperate for his and others’ attention. He started gambling at 11 and began drinking soon after. As you can see, their memories made them perfect for each other. The party girl fell for the attention seeker drinker. They got married and expected their first child before even graduating college.

Karen quit the unhealthy lifestyle immediately, but Dave continued. Four kids later, Karen had enough and asked for help. Dave joined an anonym alcohol support group and quit drinking. They had no clue that he was also a gambling addict. The years were chaotic and painful, full of difficulties. Until one day, they stopped at a small coffee shop and met an addiction counselor. The woman said that she bought coffee there every day but never sat down before that day. Coincidence? Dave opened up to a complete stranger, which was the best decision he could make. The road to recovery was bumpy and challenging, but they left it all behind. When they wanted to thank the strange woman, they could not find her. What do you think was it a guardian angel in disguise?

We have already mentioned that an addiction can be fatal, so what if you have two or more? A woman called Jodie was addicted to gambling and alcohol. After being unable to cover her losses, her alcohol problems became even worse, and she was imprisoned due to her debts. While she was in prison, her husband divorced her, and, to top it all off, she got fired from her job. In the blink of an eye, Jodie’s life fell apart. It was then that she decided it was time to clean up her mess. After a lot of suffering and rehabilitation treatment, she succeeded. She has been clean for almost a decade now and works at a rehab clinic in Massachusetts. You can check up on her at online casino news sites in the US! 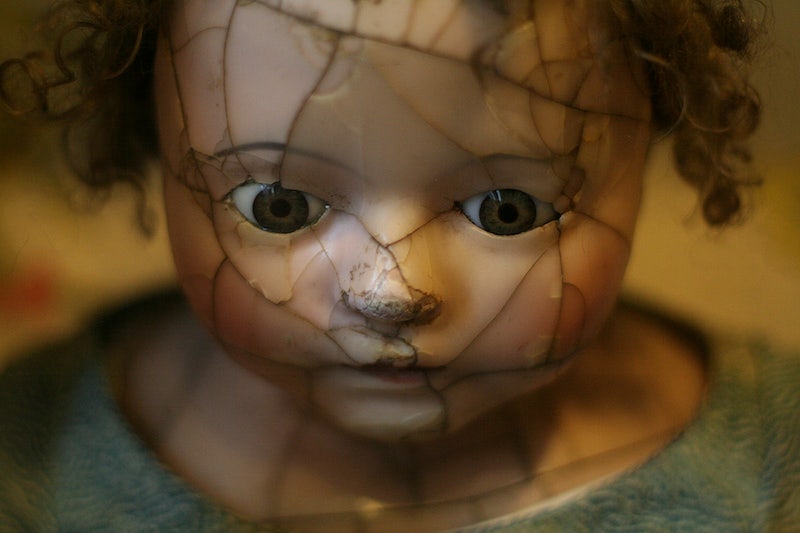 Our list of horror stories from casinos continues with a complicated one. Two addictions are scary, as you could see with Jodie, but what if addiction is coupled with a mental illness? We will tell you: Nothing good! Curt had negative thoughts constantly, and he was suicidal. No matter what happened, he felt a need to end his life. When gambling entered his life, the situation got even worse. It was enough for suicidal thoughts to lose at the poker table or spin unsuccessfully on the slot machine.

This is a very dangerous pairing. It had the potential to ruin his life. Luckily, Curt knew that what was happening to him was all but healthy. So he asked for help and managed to recover. Of course, there were ups and downs, but the suicidal thoughts also served as wake-up calls. According to the latest information, his recovery is progressing well. There is much more to Curt’s story than that, so learn more at online casino sites in the US! In our article about the casino fire in Montana, you can check out another kind of horror story from casinos!

Matt, a very young college student, went through turmoil due to online poker. Like everybody, he thought that online poker was an innocent pastime activity, and it was, at first, until it wasn’t anymore. Matt experienced the classic symptoms. The time he spent online never seemed enough. He couldn’t wait to get home and play. His priorities and focus shifted, and slowly he did not care about anything or anyone. He mastered lying at home and work.

Eventually, his girlfriend broke up with him, and his friends stopped making efforts. Since he was awake all night, playing, and was too tired to get up to his morning classes, they put him on academic probation. That was when he mustered up his courage and told his parents. Seeing their disappointment, he went through another phase. He felt guilty and ashamed. These are the feelings that everyone with an addiction faces. If you can get over it, you can take control and write your own story, as Matt did. He joined Gamblers Anonymus and put his life back on track! Sites like Bovada Casino can only hurt you if you let it. If you feel like you spend too much time gambling, consider seeking out the help that works for you! 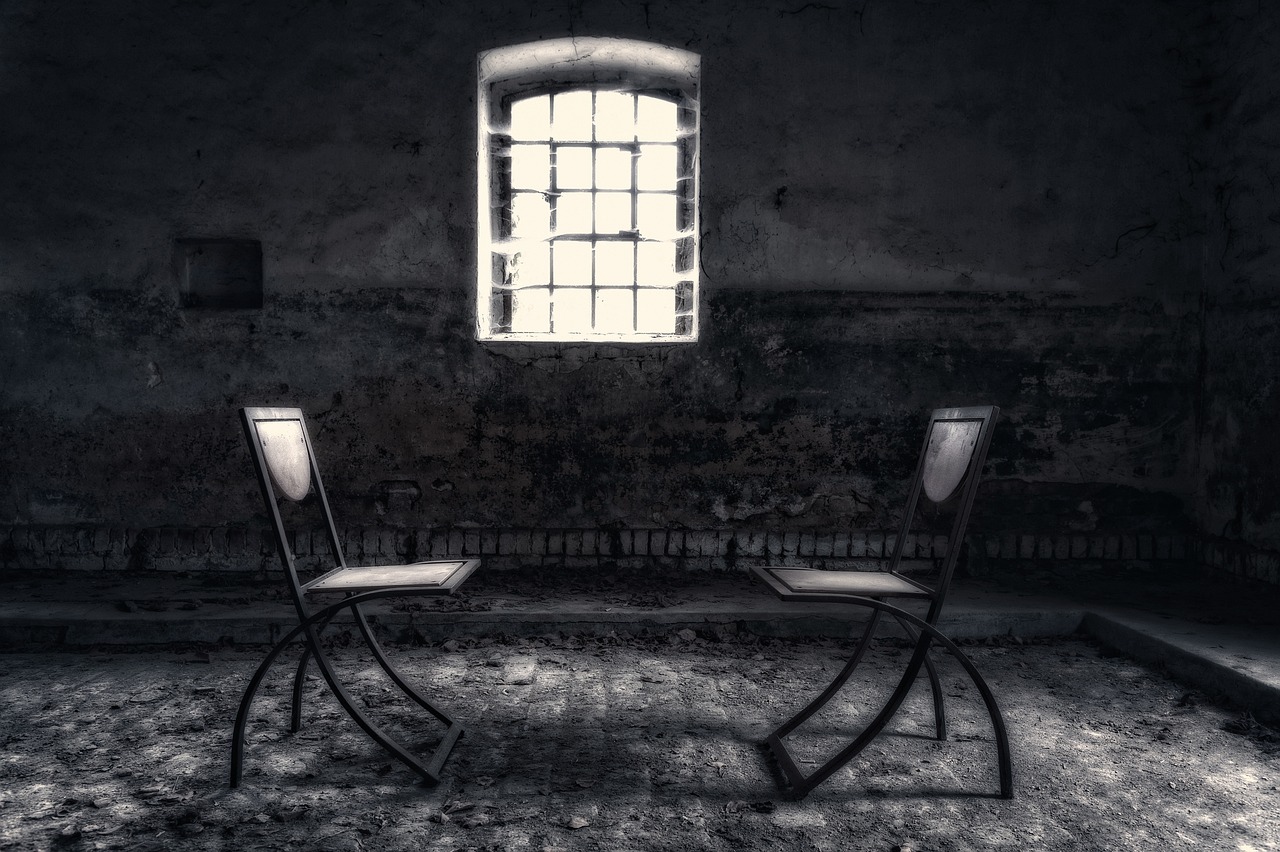 Mary was an average woman with a great job and an active lifestyle. Then she discovered a slot machine. Like everybody else, Mary started playing just for fun. It was a break from her busy life after a long day at work. Then more and more times, she found herself in front of the slot machine, sometimes playing multiply times a week. She didn’t want to admit to having a problem. She thought nothing was out of the ordinary and that it was no addiction at all. That’s the most common behavior with all kinds of obsessions, even when it’s an innocent activity.

According to Bovada, she later confessed that it was as if she acted on autopilot, losing control. She had no influence over her own actions. Then things got to the point where she lost all her money. Mary couldn’t stop and couldn’t tell when she should have stopped, so she also didn’t think she needed help. She didn’t learn from her own mistake because when she got some money, she spent it on gambling, over and over again. Sadly, this is also among the horror stories from casinos since we have no idea what has happened to Mary since. She checked in to rehabilitation for support, and we hope to hear her success story soon.