How Casinos Are Turning Retailing into a Multi-Million Dollar Business 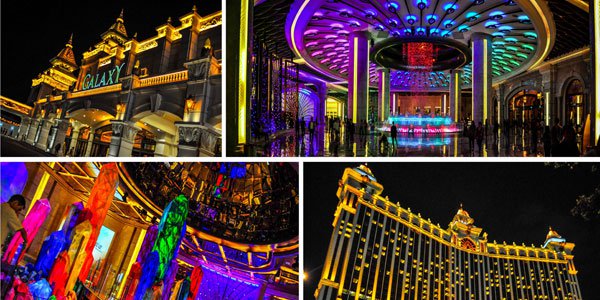 In the era of decreased gambling revenues in Macau, one Macanese casino has turned to merchandising. This may turn out to be the solution to up revenues and get the owners of Macanese poker rooms back on their feet.

Sands China, a subsidiary of Las Vegas Sands, founded and managed by Sheldon Adelson, chairman and CEO of LVS, boasts a mall which is two times bigger and which has three times more shops, than all of Macau’s other casino estates put together.

Now Sands China’s mall has an additional 700,000 square feet for retail sale of brand name products at the Four Seasons and Sands Cotai Central. All three, including Shoppes at Venetian, are linked by footbridges, making them easily accessible for clients who may or may not all be gambling customers.

According to Las Vegas Sands’ senior vice president of retail, David Sylvester, the retail marketing strategy was designed to cater to the needs of “different consumer demographics, and connect them with the retail brands that most appeal to them at the three distinctly themed Shoppes”.

Last year Sands China made$ 6 billion dollars in retail sale, which amounts to 1/3 of retail sales on the island of Macau, thanks to the thriving tourist industry. Today, Sands China dominates 1/3 of the Macanese retail space.

Between the end of the third quarter of 2013 and Q3, 2014 there has been a 20% hike in Sands China’s retail profits in Macau which means a $369 million in operating margins. Shoppes at Four Seasons dubbed by LVS as “the world’s highest grossing luxury mall” had an increase in retail sales 14% to $2,289 per square foot’, translating to every square foot of sales generating a whopping $5,810.

Still Sands China won’t stop there. It is also developing another 200,000 square feet at Sands Cotai Central, in Paris, for 2016. It will incorporate a new 300,000 square foot mall linked to its other retailing operations. LVS claims that its Singapore Marina Bay Sands retail store is also experiencing similar success. This success story has every one of LVS’s competitors wanting to jump on the bandwagon.

Rival casinos in on having a piece of the pie

The Macau government has adjusted the Macanese gambling law to encourage all of its six gambling operators on the island to do likewise and diversify, to include retailing. Macau’s retail space is set to swell by 50% over a three-year period.

The 6 licensees have all already started the neck-to-neck construction of their new Cotai resorts to include retail outlets. The Galaxy Entertainment Group seems to be in the lead, hoping to open up new retail outlet in May 2015, and envisages increasing its retail space by threefold to 1 million square feet.

Not to be outdone, City of Dreams, owned and operated by Melco Crown entertainment, is planning to add a retail store in 2016 on the other side of Estrada do Istmo, Cotai’s main street, facing the Venetian Macao. This is in addition to the seventy 70 shops on two storeys, surrounding its casino.

The 200-shop project will come at the heel of the opening of Melco’s fifth hotel tower to be designed by the famous architect Zaha Hadid. DFS, who has been Melcro Crown’s faithful international retailer and consultant since 2009, will oversee the building of the retail store. DFS is described by a Melco Crown spokesperson as having ‘a deep understanding of the core customer demographic visiting City of Dreams’.

If all goes as planned, then according to what’ s in the Macanese gambling news, Macau’s shopping surface will be 15 times larger in three years than what it was a decade ago. There are however speculations by the International Council of Shopping Centers as to whether Macau’s shopping brigade can actually pull this all off.

According to the Asia Pacific Research Council chairman, Morgan Parker, this would be defying the’typical economic theory’ as is the current scenario in Macau and Las Vegas. However, Parker warns that it is ‘equally possible that additional supply will cannibalize what is already there’. Let s just bet on what will prevail in a couple of years.