How to Make Money Gambling on Mixed Martial Arts

News >How to Make Money Gambling on Mixed Martial Arts 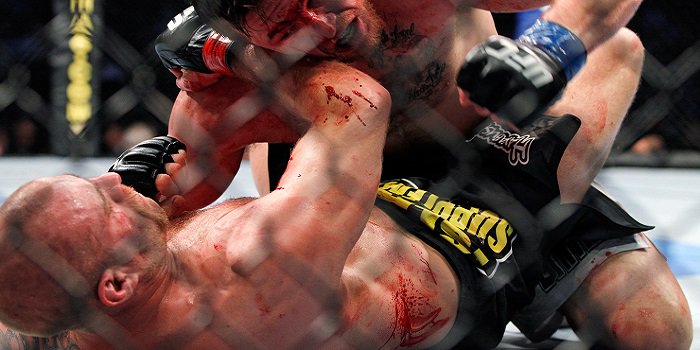 Tips on how to pick winning fighters and how to make safer wagers.

Mixed Martial Arts (MMA) has become a more legitimate sport. Being prominently featured on networks such as Fox, ESPN and NBC, many audiences have greater exposure to these regulated bouts. The U.S. military now officially recognizes the significance of mixed martial arts and uses it in the training of their troops. Since its introduction in the early 1990’s many people have flocked to learn mix martial arts.

With its exposure prevalent throughout U.S., Europe and Asia, more revenue than ever is generated from mixed martial arts. Much of this is also due to the increased ability to punters to gamble on mixed martial arts throughout online sportsbooks in the US and other places as well. Mixed martial arts can be great way to learn how to effectively make wagers and make some money.

Some basics before you start to analyze fighters

In a sport like MMA it’s impossible to say that UFC is the toughest league, but it’s the best known

Mixed martial arts can be fun. Since MMA is relatively new compared to other more traditional sports like football and basketball, there’s less intrusion between you and the fight. MMA fights tend to move along faster than other sports and can prove more entertaining. Now there are many MMA leagues to choose from. Among the most popular are Ultimate Fighting Championship (UFC), Strikeforce and Bellator. It is recommended that you choose one league in the beginning.

Following one league will make it easier for you to compare fighters and learn faster about their history. Although fighters can fight in more than one league, it’s a lot easier to follow them. Knowing their history is crucial to you making money. After you build a little expertise and experience feel free to wager on bouts from multiple leagues. Make sure you watch some MMA bouts so you can familiarize yourself with the rules and regulations.

If you have any know anyone who watches MMA, ask them about which leagues they watch and what they know about the bouts. Search online for sportsbooks that have a decent reputation and can offer you some sort of introductory special for newcomers. You may want to look into mobile betting options so you can keep up with information through your mobile phone.

Once you are ready to start putting down money, decide how much you want to spend. To wage effectively, it isn’t necessary to invest large amounts of money. Consistency is the key and once you develop a system you should stick to it. Plan to build your money slowly and you won’t have to worry about “losing your shirt” after one go because the equity you’ve build up will remain.

With every fight card, you have a main bout and smaller preliminary bouts. The best way to guarantee make and secure a safe profit margin is to bet on the main bout and prelims as well. For example, if you wish to spend USD 50 on an event, put half of than on the main bout and the rest on the prelims. The prelims are smaller, but often their margins for victory or odds are higher and can yield larger amounts of money.

Some sites that allow you to wage as a low as a USD 1 per fight could earn handsomely if the odds are 20 or more to 1. If you lose from the main bout, these smaller bouts could help you break even. Sometimes a smaller bout can give you more money than the main event. Also, be prepared to reinvest your winnings into other wagers for a while. Always keep in mind the overall amount of money which you’ve made.

How to select winning fighters

If your guy’s hand goes up in the end, money is coming your way!

It is important to know the record of the fighters you wager on. The fighters involved in the preliminary bouts may be harder to research because most of them are virtual “unknowns” trying to break in. Any info you can find on them could help, but the prelims are more of an insurance policy for you. Pay special attention to how good their opponents in the past have been. Also pay attention to whether they are on winning or losing streaks.

Make a note of the last time a fighter has been in the ring before you wager on them. A well practiced fighter always has an advantage. If a fighter has suffered an injury, they may be tentative in their first or second time in the ring. Often an injury can put a “mental block” on athletes and cause them to perform in ways that favor their injuries. Also to “ring rust” can occur to a fighter that’s been out of the ring too long.

The training camps can be pivotal to predicting a winner. Find out which camps have the most champions training in them. Camps like Blackhouse and Jacksons MMA have reputations for “churning out” decent fighters. Look through gambling news for what fighters have deals with certain MMA leagues. Also pay attention if a fighter is working directly with a champion and make note of the expertise that champion has.

Fighting styles can give you insight to what a fighter “base” is. The base is the initial style all their movement is founded on. A person with a base in muy thai will fight differently than a fighter based in boxing. Most MMA tournaments tend to favor grapplers. Wrestlers have a clear advantage in MMA competition and it’s important to know a fighters experience in grappling and their ability to combat it in the ring.

It is important to look up fighters and their bouts on youtube before placing a wage. If you have martial arts experience, use your “gut” or intuition. Listen to the commentary and write down tips about fighters for future reference. Interviews with fighters about upcoming bouts will reveal if they are prepared or not. A fighter who is planning on retiring soon may not be as effective as a hungry contender. In addition, always read the comments under the videos for even more insight into the fighters. If your research is sound, you’ll be on your way to making money in no time.