How to Play Durak: The Complete Guide

News >How to Play Durak: The Complete Guide

Are you tired of playing classic games of cards? In that case, it’s time to learn something new.  Durak is an easy Russian card game, which you can master in less than 5 minutes. The word “Durak” means “a fool”, so whoever loses is durak. Now, let’s take a look at how to play Durak. 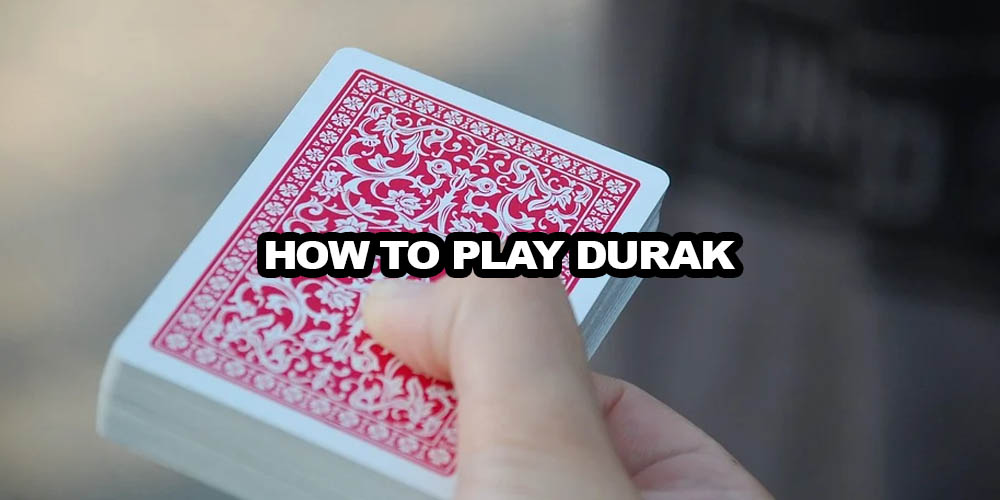 Are you tired of playing classic games of cards? In that case, it’s time to learn something new.  Durak is an easy Russian card game, which you can master in less than 5 minutes. The word “Durak” means “a fool”, so whoever loses is durak. Now, let’s take a look at how to play Durak.

Goal of the game

Basically, the goal of the game is to get rid of all your cards. Besides, 2 to 6 people can participate in the game. Sometimes, online casino sites in the US offer games with 2 or more decks, so more people can join. Each player is dealt 6 cards and then, the following card should be put to the center. The suit of this card is going to be the trump suit – the trump suit is the highest-ranking suit in the game. But we will get back to this later. The remaining deck is then placed over the “trump card” face down in a way that the card is visible to everyone.

How to play Durak

The game consists of a series of bouts, where each player has to “attack” and “defend”, depending on who’s turn is it. The player who has the lowest trump card attacks first. For instance, if the trumps are diamonds and you were dealt a 6 of diamonds, then you are attacking first. Durak can be played both clockwise and counterclockwise.

Usually, at the beginning of the game, players attack with their lowest cards. The defender can beat off the card by placing a card of the same suit, but a higher value, or any of the trump cards. Then, the attacker can either finish the bout or continue by placing a card of the same value. For example, if the attacker played with 6 of spades and the defender beat it with the 8 of spades, the attacker can place 6 or 8 of any suit. If the defender manages to beat it off, then these cards are discarded. If the attacker has more than 1 card of the same value, they can attack with all of them. Let’s imagine that the attacker has three 6s. In that case, they can attack with all three. After that happens, the bout is over and each player has to take cards from the deck. The player who attacks takes the cards first. There always has to be a minimum of 6 cards, until the deck is dealt. After the turn is over, the defender becomes the new attacker.

In case a defender can’t or don’t want to beat the attack, they should pick up all the played cards into their hand and the bout is over. Remember, the goal of Durak is to get rid of all your cards, so that’s not the best thing to do. Moreover, if the defender decides to take the cards, he is not attacking in the next round.

However, why would the defender give up on beating if they have enough cards? Well, at the beginning of the game, the defender can have a lot of trumps. There is no point in beating a 6 with an Ace of trumps, so sometimes picking up cards is the best solution.

The most interesting part of the game starts whenever the deck is over and the trump card is taken. Each player will start to get rid of their cards as soon as possible. It is better to avoid picking up cards when you are defending during the endgame. The last player with cards becomes a durak, or a fool. They are going to deal the cards in the next round, as a form of punishment.

Where to play Durak?

Although Durak is the game of Russian origin, players all around the world can try to play it. Not every online gambling site in the US has Durak in their gaming profile. However, you can find the game on 1xBet Casino. Moreover, the new players can claim a first deposit bonus of 100% up to €100.