How You Can Get Rich Betting on the Rebirth of Vegas 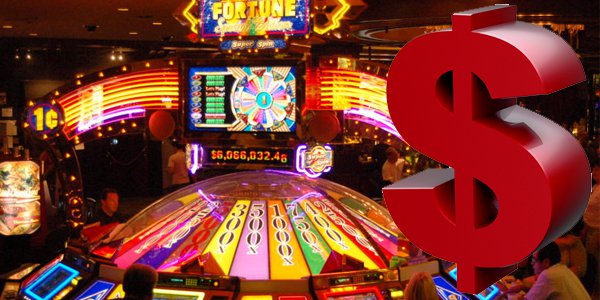 While Macau is top dog in casino gambling, Las Vegas is poised for a big comeback. Be sure not to miss out.

Las Vegas has been a bear market for several years, with a long line of naysayers warning against investing money in the Nevada entertainment Mecca. They say: “Macau is the world leader in casino gambling now” and “Americans aren’t interested in Vegas anymore” and “investing there is too risky.”

Until recently, these Debbie Downers had a point. Vegas was crushed by the 2008 housing and financial crash and the recession that followed. Few Americans had the spare cash for a trip to Vegas. Hotel rooms lay unoccupied and blackjack tables closed up with no one to play at them. The city itself emptied out when the housing bubble led to widespread foreclosures.

The effects of the crash were most evident in the case of MGM, which made gambling news by investing $8.5 in a new development set to open just as the economy was tanking. When the dust cleared, the company had lost $2 billion on the venture.

While Vegas sunk into the depths, it looks ready to rise like a phoenix from the ashes. In fact, investing in the major Vegas Strip casino companies is one of the smartest things you can do right now. Here’s why:

• Vegas casino stock prices are back up, with Caesar’s rising by an astounding 146 percent over 2013

• Steve Wynn is urging investors to put money back into the city, as hotel occupancy was up 12.6 percent last year

• While there are countless gambling options out there, Vegas is still a world class entertainment destination

What is driving the uptick? Profit margins are back up, steadily increasing through 2012 and 2013. In Q3 2013 these three companies turned in margins higher than they’ve been at any point since 2008. Las Vegas Sands figure was an impressive 25.6 percent, and Caesar’s 13.6 percent was modest but a significant improvement over previous measurements.

In addition to higher profits, the general recovery of investment in America means more people are buying casino stocks. That means higher share prices. While eventually prices will plateau (they always do) there is still much room for growth.

Macau is hands-down the world leader in casino gambling these days, with total revenue in 2013 clapping that of Vegas seven times. But rather than viewing Macau casinos as competitors to Vegas, it makes more sense to see the two cities as complimentary.

Why? For starters, the major Vegas casino operators make a large portion of their profits in Macau. We mean billions of dollars. Both Wynn and Sands earned a majority of their 2013 revenue in Macau, not Vegas. Of the big three, only Caesar’s earned more in the desert.

Filling the company coffers in Macau means more money being recycled back into Vegas projects. Restrictive Chinese gambling laws and a Macau market close to saturation means that there is only so much future investment to be made on the other side of the Pacific. And with cheap property and recovering consumer spending in the US, some of the big companies are already reviving investment there.

Steve Wynn has been touting Vegas as a comeback kid for some time, pointing out that hotel occupancy spiked by 12.6 percent last year. His company is focusing on quality over quantity, working to lure more VIP gamblers back to Vegas. He has also claimed repeatedly that the city has a lot of unused capacity to fill.

On another note, Wynn’s competitor MGM is also reinvesting in the Vegas Strip, with its Monte Carlo casino undergoing a significant renovation. Look closely enough, and you will see that money really is pouring back in.

What it means for gamblers and tourists

The US has a lot of gambling options these days, with increasing numbers of land-based casinos joining the first-ever legal online casinos in America in New Jersey and Delaware. But Vegas brings so many things to the table that these other options could never hope to compete with.

From world-class casinos to luxurious hotels, fantastic shows and performances and family-friendly activities as well as classic “what happens in Vegas stays in Vegas” type stuff, the city has everyone you can possibly imagine.

The recession pushed prices for hotel rooms, meals and drinks down. While the investment recovery is bound to lead to some inflation, chances are your bank balance is bigger than it was in 2009 or 2010 anyway. When planning your next family vacation, bachelor party or weekend getaway, don’t forget that Vegas is still America’s #1 entertainment destination.