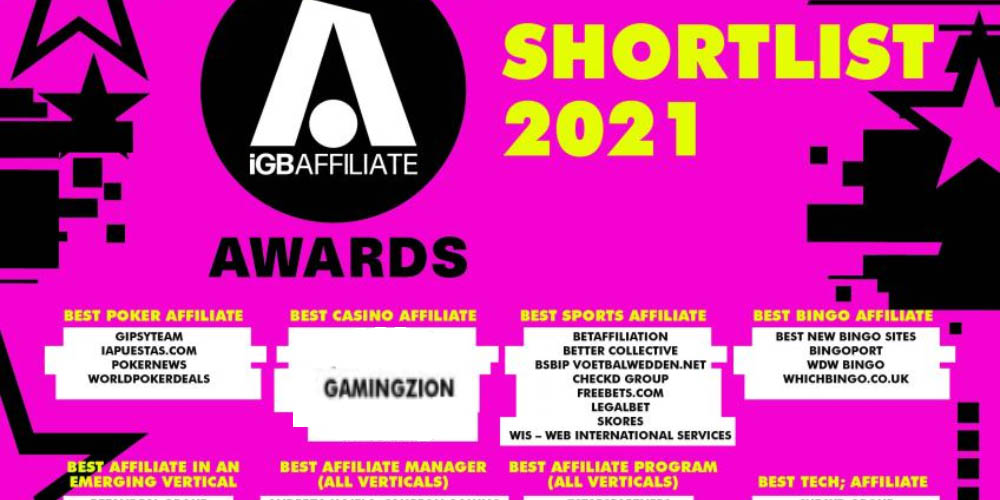 iGB Affiliate Awards 2021 have announced its shortlist for the best companies in the online gambling industry. It is the largest annual event in the business. We are thrilled to announce that GamingZion, for the second time in a row, has been nominated for the Best Casino Affiliate Award.

GamingZion has been shortlisted for the Best Casino Affiliate Award. This means that the gambling experts in the jury of the iGB Affiliate Awards 2021 believe that GamingZion is one of the best in the world in what it offers. We are honoured to see our name on such a prestigious list.

More about the London Affiliate Event – Full List of Categories

Naturally, the iGB Affiliate Awards does not only reward casino affiliates. Their goal is to cover the online gambling industry as a whole. Hence, there are several other categories as well. Those are the following:

As you can see, there are many other categories, in which our partners are represented. We are happy to be working together with the best sites, best services and best programs in the world. We have nominated partners in the following categories:

Together with GamingZion, we believe that these candidates are the top ones. Dear reader, we are looking forward to getting your support as well! The event is held on 15 July, we will keep everyone updated.