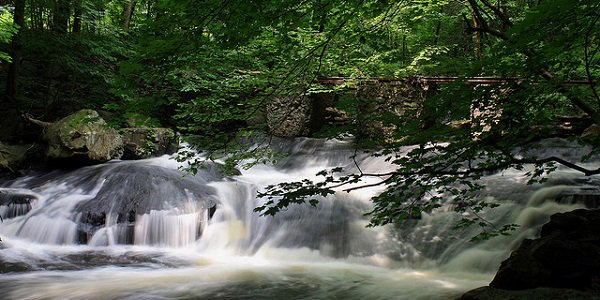 Environmentalists and their consultants are in violent opposition of the Genting Americas’ site plan to build a $1.5 billion casino in Tuxedo, surrounded by Sterling Forest State Park. The separate hearings hosted by the Tuxedo Planning Board and Tuxedo Town Board were home to angry protests over Genting’s bid to build billion dollar casino that could wreck environment.

Co-chairman of Sterling Forest Partnership, Rodger Friedman, said in one of the hearings that Genting cannot be sure that there is enough water to supply the casino as their safe yield data was outdated by 60 years. In addition, consulting hydrologist for Sterling Forest Partnership, Kathie Beinkatner pointed out that hazardous spills from trucks providing supplies to the casino could contaminate the Indian Kill Reservoir, endangering the health of the communities who use it.

Beinkatner called for Genting to come up with a “contingency plan”. Many of the reps of the associations who spoke up in the in the public hearings overseen by the Tuxedo Town Board on Genting’s Draft Environmental Impact Statement agreed. Steve Gross, a consultant for New York-New Jersey Trail Conference accused the giant casino owner of not adhering to the deed restriction that was imposed when the land was up for sale. He signaled to the board that Genting will want to to “pass off ponds as wetland mitigation”.

In its defense, Genting’s consultants, including an engineer from Kimley Horn Kevin, Van Hise fired back that Genting was given, under US gambling laws, the relative authority to build the casino. He stated that it will have enough water for the new casino and that all nearby wetlands would be reassessed and rehabilitated by the Army Corps of Engineers.

Provisions will also be made to install a $20 million water treatment plant for the project. Genting Americas’ site plan will include a 1,000-room hotel, a ski center, hiking trails, gardens and a rejuvenated Renaissance Faire medieval festival as well.

Co-chairperson of the Sterling Forest Partnership, Sue Scher, tried to calm things down in her own camp by pointing out that it was way too early to decide how viable the project was as everyone should wait on the outcome of the Thruway Exit 15B project and see if Genting could actually build despite the deed restriction.

Scher called the hearings ‘immature” and suggested that all sides wait for the environmental and legal issues linked to the site to be settled. The final approval will come from the Department of Environmental Conservation.

Genting, whose bid comes with a $450 million license fee, much more than the $70 million set minimum, is not the only one vying for a license. There are eight competing developers in Orange, Sullivan and Ulster proposing 16 mobile casino and gaming resorts. The New York licenses will be given to only two among them as no region can receive more than two licenses. State law allows for up to four licenses in three upstate regions.

Politicians and environmentalists on the same side for once

After the public debate received ample gambling news coverage, State gaming officials received over 3,000 letters and emails mostly in opposition of the project. People seem to be very concerned about the environmental threat to the Sterling Forest. Lee Park, a spokesman for the state Gaming Commission agrees that “public support is among the factors that committee members must consider in deciding where to locate a casino”.

Rodger Friedman of the Sterling Forest Partnership appealed to Genting to ‘pack up your money and go someplace else”. George Pataki, New York City’s Governor, is among popular political leaders who have “grave concerns that this project and its projected 7 million visitors would wreak havoc on Sterling Forest” which lies just 41 miles from Manhattan.

Genting, which is also the owner of the Resorts World Casino at Aqueduct, has assured environmentalists and politicians that ‘Sterling Forest resort will be ’environmentally friendly’. Michael Levoff, a Genting spokesman, said that the company understood that people had an “emotional connection to the Sterling Forest,” but reiterates that the project will be “in tune with the natural surroundings while protecting the surrounding environment, our most important asset’