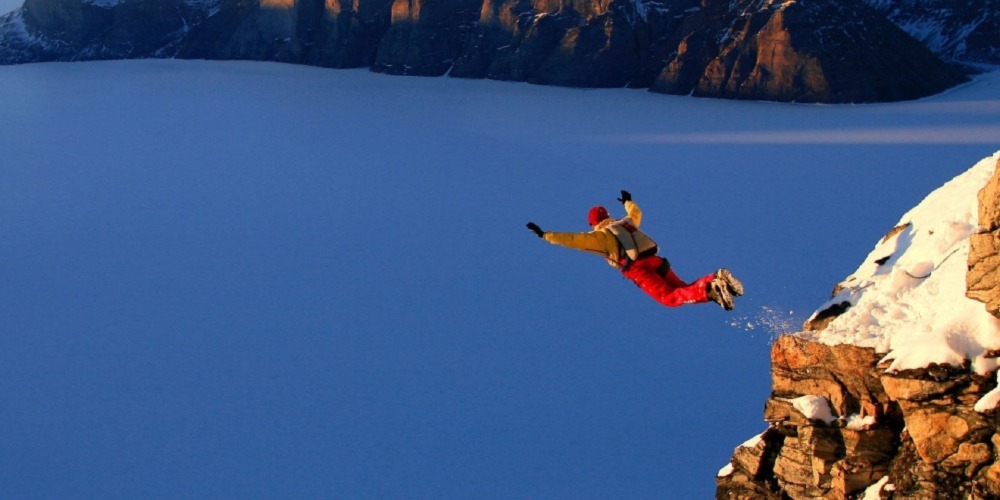 People are amazing! Our creativity knows no bounds when it comes to sports innovations. We have dozens of sports on land and water, but what about the air? We collected the most exciting, challenging, and incredible air sports! Check them out below!

Yoga in the Air

Did you know you can do yoga in the air? We have water, goat, and even alpaca yoga, so why not aerial yoga? Aerial gymnastics comes from the circus and contains specific elements of aerial dance and gymnastics. These sports require more strength and endurance than their traditional versions, which also means more strain on the body. You can check out the so-called Aerialympics at 22Bet Sportsbook, which features a number of aerial sports categories.

However, we have good news! Aerial yoga is significantly simpler and much more relaxing. They transformed the movements so people can perform them in a swing-like textile hammock. Of course, you can also find classic routines in aerial yoga practice. This incredible air sport doesn’t require training or experience. Classes and training start from the basics, but stretching beforehand can’t hurt.

BASE jumping is a jump performed from a low height and from fixed objects or natural formations, during which the jumpers use special parachutes. BASE is an English acronym where letters refer to the basic jumpable objects: B=Building, A=Antenna, S=Span, E=Earth. We can talk about classic BASE jumping since the end of the 60s and the beginning of the 70s when a couple of enthusiastic parachutists started jumping from higher rock walls and buildings instead of the usual skydiving routine.

The first modern BASE jumps are attributed to Carl Boenish, who was a pioneer in this sport. He died in a BASE jump in 1984, only hours after setting a world record with his wife, which proves that it’s one of the deadliest sports in the world.

He was not the only one, check out our article about extreme sports deaths! Among other famous places, he jumped from the El Capitan rock face in America with a gliding parachute and from several skyscrapers, including the World Trade Center building.

In the beginning, by making minor modifications to the parachute equipment and developing a unique folding method, they could perform safe jumps from fixed objects a few hundred meters high. After many successful and several unsuccessful jumps, thanks to the technique, innovative equipment, and many years of experience, BASE jumping has matured into a real sport today. Thousands of people around the world indulge in this unusual extreme sport.

Jumpers use equipment specially designed and manufactured for BASE jumping, which significantly reduces the risks of the sport. According to international recommendations, it is crucial for safe jumping to have a serious skydiving experience, which is around 200-300 jumps.

Sports and national associations regulate BASE jumping to make it safer. Regarding legality, there are countries and specific places where the sport is prohibited, or strict rules apply. There are many places and countries around the world where bold athletes can legally practice this incredible air sport. According toonline sportsbook sites in Norway, they also organize competitions every year.

Dashing Through the Snow

A snow kite is a cross between windsurfing and kite flying, mixed with skiing and snowboarding. The essence of the sport is that the skier or snowboarder fastens the inflatable kite, also used in the summer, to the waist with the safety strap, holds on, and controls it with their hands.

Thanks to the wind, they slide on the snow pretty fast. In case of adequate wind strength, high speed can be achieved with it, taking advantage of flat terrains covered with snow like lakes covered with frozen snow, fields, and abandoned airports. This sport can also be practiced not only in the mountains but anywhere with sufficient wind, snow, and flat terrain. It is basically a mix between air and land-based sport.

Speedriding is similar to snowkiting. Only, they are flying at high speed along the ski track, a few centimeters or meters above the ground. Jochum & Nesler is the company that invented the Speedrider. They primarily produced kites but eventually created a combination of a kite, parachute, and paraglider, which is perfectly stable, controllable, and has brakes. The best feature is great stability which is maintained even at high speeds.

They use it mostly with skis or snowboards. The stable technique allows you to speed up to more than 100 kilometers per hour on the slope, as the kite supports your weight, so you cannot easily fall. If you encounter an unexpected obstacle, you can fly over it. Then you can end the flying maneuver at any time and return to the track. It is no coincidence that they won the 2007 BrandNew award with the JN Hellracer, which is a revolutionary sports equipment.

Cliff jumping has been a tradition in the Hawaiian Islands for more than two hundred years, although Acapulco in Mexico also promotes cliff jumping as their own sport. After all, it is possible that as a sign of courage, men jumped into the water from a height of more than twenty meters as a tradition in several parts of the world hundreds of years ago.

Just think of the children somersaulting from the Old Bridge in Mostar. If you are interested in the upcoming races, you can follow the events in the Yucatan Peninsula in Mexico, Athens, Malcesine in Italy, Boston, La Rochelle, Norway, and Yalta.

You can also find the competition calendar of this incredible air sport at online sportsbook sites in Norway. According to the athletes, they need to make perfect and thorough preparations, as they can lose not only the competition but also their lives with one wrong jump or move. The impact is almost ten times stronger than the high divers’ highest jumps performed from a height of ten meters.

During the free fall, the body accelerates to a speed of one hundred kilometers in three seconds, and after the impact, it stops in less than five meters. Therefore, a perfect harmony of body and mind is necessary since even a momentary omission or hesitation can be fatal. Of course, this is true for all extreme sports. The presence of nature, the palpable proximity of the rocks, and the blue sea offer a completely different experience than the elegant but much stricter world of springboard divers.

The flyboard is a water jet-powered board that can lift you to ten meters high over the water. You can do similar tricks with it as a wakeboard, but a flyboard allows you to dive under the water. The water jet under the board provides the power to raise people while the two secondary jets help to balance. There is a controller you can hold in one hand to manage the board. Franky Zapata, the founder of Zapata racing, developed this creative sports equipment along with several others, like the Flyboard Air.

The crazy extreme sport is not only fun for those who try it, but also for those who watch it. Even one flyboard rider offers an incredible sight, let alone a number of them. The essence of the flyboard is that it is connected to a jet ski, which helps to lift the brave volunteers so they can perform various stunts in the air. The person standing on the board adjusts the speed of the water flow according to their activity. For instance, somersaults, dancing, diving, etc. Flyboarding has become an extreme sport as well as an entertaining activity!

As a sport, canyoning appeared in the USA in the 1960s, primarily in Zion National Park, thanks to the rapid development of mountaineering and climbing equipment. The climbers basically hang over canyons. These were mainly just about descending and trekking, and from the 80s, they also started including much more technical canyons. However, it only started its world-conquering journey in the mid-1990s. Initially in the USA, then at the beginning of the 2000s, it spread all over the world.

These routes run through canyons carved by rivers and streams, where participants, depending on the difficulty of the place, must face various obstacles. Such are the occasional descents of up to 50-60 meters on waterfalls and rock walls. Sliding on the river-polished rock and occasionally jumping from a height of up to 10 meters into pools filled with crystal-clear deep water.

In addition to these adventurous obstacles, there are also smaller caves and spectacular rock formations due to water erosion, which alone are worth getting to know more about this multifaceted genre of outdoor sports. Europe is still full of places to explore, as Spain, Corsica, southern France, and Switzerland are also great places for canyoning.