Information and Science Take over in Sports Betting

News >Information and Science Take over in Sports Betting 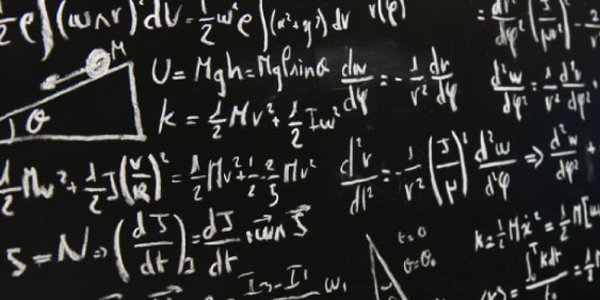 Blackjack is about card counting and strategy, poker has been accepted as a game of skill, and now sports betting is turning into a whole new branch of knowledge.

There was a time when wagering was for people who loved sports so much that they were willing to put money on their favorite teams or on a good horse. But nowadays professional punters don’t like to risk it; they prefer a more calculated approach.

Hunches, luck or superstitions don’t play a big part in the world of bookmaking anymore. Betting is starting to look a lot like science. Probability, statistics and a number of factors which can influence the outcome – these are just a few things that experts take into account when applying their complex formulas to predict the outcome of a game.

Instead of risking a lot of money just because they’re “feeling lucky”, gamblers tend to base their decisions on what they know and how they can use that information to their advantage. At least the smart ones do.

A lot has changed in the world of sports wagering over the past few years, and we’re not just talking about technological innovations such as mobile betting apps. During the 2010 World Cup, Paul the Octopus was called in to predict the results of football matches. But this year the spotlight was on data scientists working for major tech companies, who used big data to predict the winners.

Google got it right for 14 out of 16 final matches. One of the two calls missed was Germany’s 1-0 victory over France, during the quarterfinals. But Microsoft’s predictions were even more accurate. The tech giant took information it had from past games and statistics on player performances, crunched the numbers and managed to get 15 out of 16 right. The company only missed one, when it said that Brazil would beat the Netherlands in the battle for third place.

While punters have long used sports statistics to help them win at the bookies, big data has taken things to a whole new level, opening up a world of opportunities. All these details can provide unprecedented insight about what could happen during a major sports championship.

David Rothschild, who developed Microsoft’s predictive model for the 2014 World Cup, explained: “Data always existed, but now it is supercharged. We have the ability to look at data flows, rather than looking at them in the box score the day after in the newspaper. You are actually updating with extremely low latency in real time.”

The science of sports betting

A few years ago, economists and math experts would all gather on Wall Street. Today, many of them prefer the world of gambling, where they apply their knowledge and expertise to figure out who has the best chances of winning. Paul Bessire is just one of the many experts who share their insights on websites specializing in predicting sports results.

“In the financial world I am competing against everybody else, thousands of people. At that time Goldman Sachs or Lehman Brothers had all the same kind of models and information that I did and the data that I did, whereas in sports it was very different and remains very different,” he told reporters.

For some people, sports betting means relentlessly putting money on their favorite teams. Not for Paul though. He is one of those who believe that factors like past results, the location of the game, weather and player statistics can help accurately predict winners.

Americans are huge sports fans, and while US gambling laws ban bookmakers in all but four states, most players prefer to put their money on home teams. As long as people continue to go with hunches, superstitions and other irrational preferences, sports betting will remain “an exploitable market,” Bessire added.

Big data is clearly an advantage for those who know how to use it, but betting is still a form gambling, which means there are no guarantees. Bessire is a veteran in his field, but even his predictions are sometimes wrong. That’s because every formula has a number of random variables, and these can change the outcome of the game. The expert said he gets it right on 55% of NFL football games while it might not seem like much, it is enough to make a profit in Las Vegas, given the house’s take.

For professional punters, having all that information can help double or triple their money. But for Matt Holt, whose firm sets the odds in Las Vegas, it is a double-edged sword.

“Information travels at a speed that it never has before,” he explains. “As soon as any single player on the team even breaks a nail, there’s five people tweeting about it, everybody knows how any player is going to miss a game, his girlfriend just got pregnant or the weather is going to be a tornado or he might get suspended for smoking weed.”

Even experts admit that there are days when they are just unlucky; but simple information can often be a powerful tool in sports betting.

“What is the most surprising thing is how accurately you can forecast sports with two statistics in every sport: the points for and against and home and away,” says David Rothschild. “It doesn’t matter what sport I am talking about as long as the sport is won or lost on some basis of points.”

You might want to think twice before placing all your savings on a team, just because you like them. Sure, gambling is fun and you might get lucky. But you might want to let information and science do the work for you, once in a while.