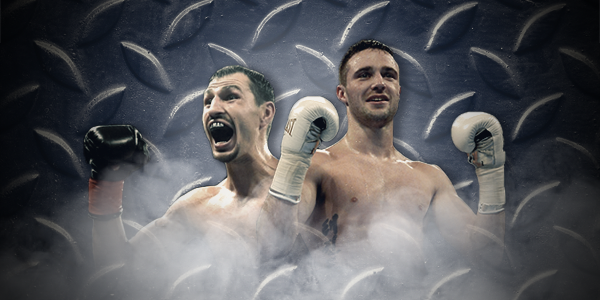 The fight is featuring a clash between the rising star against the proven contender. Online gambling sites in the UK suggest the young Scottish pro Taylor is a real deal, and he could get the WBC 140-pound title shot, if he knocks out the 34-year-old veteran and a former WBC champion Viktor Postol. At our Josh Taylor vs Viktor Postol betting preview we explore records and tactics of the both men, to help you pick the fighter who deserves to pass the final test before challenging for world honors.

The 27-year-old “Tartan Tornado” has lived up to the hype thus far. He has won all 12 of his professional fights and last year became the first man to stop former world champion Miguel Vazquez. Josh Taylor with a record of (12-0, 11 KOs) is coming up as the young invincible boxer. His last outing against the Nicaraguan contender Winston Campos was comfortable fight where Taylor secured a victory on third round.

Online gambling sites in the UK expect him to dominate his guest Viktor Postol in the ring. Yet Postol (29-1, 12 KO) will not give up easily. He has a great desire to put it all on the line. He needs to gain back his pride after he lost his belt in a unification fight with Terence Crawford in July 2016. Postol had only one fight in last two years, but he hopes to have a shot on a world championship title again before it is too late for his age.

Why Josh Taylor has the favourite odds?

At Betvictor Sportsbook Josh Taylor is expected to win the fight with (1.615) odds, while the odds for his opponent are (2.3). The least likely outcome of the fight is a draw with (23) odds. But, why such young pro fighter has the upper hand against the former world champion? Is Josh Taylor strong enough to live up to the expectations?

Although Taylor did not have many tough opponents as it is with Viktor Postol, the Scottish pro fighter will have a big support from his hometown crowd, which will probably give him strong confidence to bring out his best and show he is a hard puncher as it can be seen from his professional record. So, is Taylor the one who will win the fight?