Juventus to Remember the Heysel Victims by Lifting the Trophy

News >Juventus to Remember the Heysel Victims by Lifting the Trophy 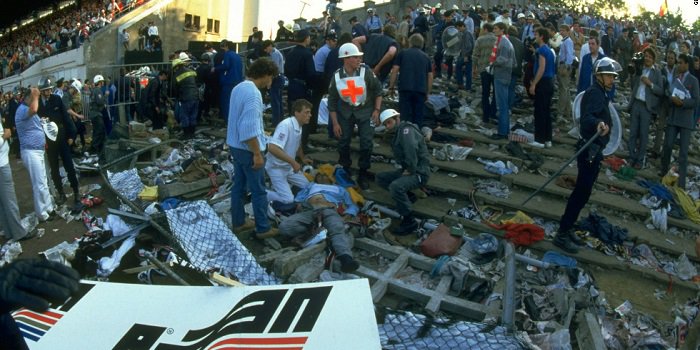 30 years after the darkest hour of European football Juventus is back at the biggest stage of club football once again.

39 people were killed in the heaviest tragedy of European international club football. Juventus and Liverpool were supposed to meet in the 1985 European Cup final in the Heysel Stadium in Brussels. The venue was a poor excuse for a football stadium, and both clubs requested the UEFA before the final to change it, however the organization was reluctant to consider the pleas. Then, before even the match would have kicked off, tragedy happened, as many, who bet on sports in the EU remember.

The Heysel Stadium was an old, ruined, inappropriate and disgraceful venue for a European Cup final. The governing body of European football might have thought that this will do for these football fans, but that turned out to be a fatal mistake. Still, tragedy could have been avoided with professional supervision and control, but the hosts completely lacked it.

The source of the problem, besides the hooliganism that spoiled English football those years, was that many Italian supporters acquired tickets or just were let in by the virtually nonexistent securities to a neutral sector on Heysel’s terraces, next to Liverpool fans. Many of the English were engaged in a wrangling with the Juventus supporters, then started to throw missiles respectively, and since only a fence separated the two sectors, a large group of Liverpool supporters charged the Italians eventually.

Italians and Belgians in the supposedly neutral zone retreated to a concrete wall behind their backs, crushing many of those who were sitting next to the wall that eventually collapsed, killing many and injuring more. 39 people died that night, with the youngest being an 11-year-old boy, and more than 600 were injured.

After the incident, the Juventus supporters engaged in a fight with the policemen in the stadium that lasted for two hours, delaying the kickoff. The match was played finally with Juventus supporters surrounding the pitch, and the Italians won the cup with Michel Platini’s goal from a penalty kick.

Right after the match, Liverpool supporters were blamed for the tragedy, and the UEFA banned English clubs from European competition indefinitely, as many punters playing at online sportsbooks in the UK know. The ban was lifted after five years with Liverpool being reintroduced to European football after one more year spent in exclusion. 14 Liverpool supporters were handed three to five years sentences for manslaughter later, and the investigations revealed that those who were in charge at Heysel that night were also partially responsible for the incident.

That disaster is widely regarded as the turning point in English football, triggering a change in stadium security. However real changes that introduced all-seater stadiums and abolished fences from the terraces appeared only after the Hillsborough tragedy four years later, where incompetency from the authorities brought the deaths of 96 Liverpool supporters.

30 years after the tragedy

The Heysel disaster was something like a taboo for anyone around Juventus. The club tried to forget that horrible night and the relatives of the victims were left alone to face it. The club’s stance was changed only recently, after Andrea Agnelli was appointed as president of Juventus in 2010. A Heysel Memorial was included to the new Juventus Stadium that was opened in 2011, and several ceremonies were held dedicated to the victims of the Heysel Tragedy in recent years.

Juventus supporters marked the 30th anniversary of Heysel with several gestures this year, like the one in the Serie A match against Napoli, when they held up posters with the names of the victims. Though Liverpool Football Club have yet to organize a major memorial service, Anfield have a small memorial plaque dedicated to the victims of the tragedy, and the supporters also made gestures towards Juve fans 20 years after the disaster, as many of the mobile betting audience could recall.

It was in 2005, when the Kop held placards spelling the word “amicizia”, “friendship” in Italian before the first leg of the Champions League quarter-finals between the two clubs. The reception was mixed with some Italians applauding the gesture while many of them turning their backs towards the Kop. Liverpool then denied Juventus to mark the 20th anniversary of the disaster with a charge to the final, but ten years later Juve is at the biggest stage of club football once again, and ready to play for the victims against Barcelona next Saturday.