Klopp Could Lead Back Bayern to the Throne of Europe

News >Klopp Could Lead Back Bayern to the Throne of Europe 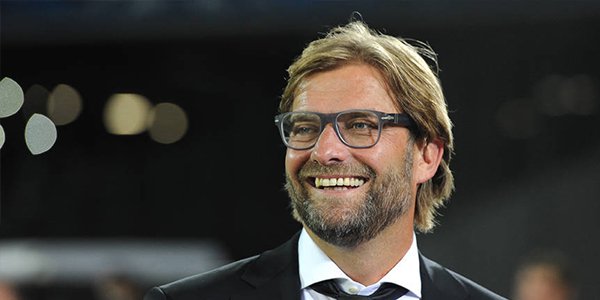 Jurgen Klopp announced that he would leave Dortmund at the end of the season after seven years as head coach of Borussia – but where would he end up this summer?

The Dortmund side that won two Bundesliga titles in the last five years and finished as runners-up in the Champions League in 2013, have been struggling this league season for a long time. The charismatic 47-year-old manager often looked frustrated during this time, and after being eliminated from the Champions League against Juventus on a 4-2 aggregate score, qualification for next season’s Europa League is all that’s left to play for.

• Madrid or Munich for Klopp
• Man City’s top target is Guardiola
• End of an era at Bayern?

Though Klopp previously stated that he wanted to seek out his contract expiring in 2018 at Signal Iduna Park, the news broke on Wednesday about him leaving Borussia came hardly as a surprise. He mentioned several times that he plans to coach in England at a certain point in his career, and after having become available, he appeared instantly as a favourite for the managerial position at Manchester City at online sportsbooks in the UK.

Guardiola or Klopp at City?

After he revealed that he doesn’t plan to rest for a year like his recent rival, Bayern Munich’s Pep Guardiola did before accepting a job at the Bavarian side in 2013, Klopp emerged as a number one choice for top clubs with a possible vacant managerial position this summer. He is considered as a natural successor for Arsene Wenger at Arsenal, and Liverpool was also interested in hiring him before settling for Brendan Rodgers in 2012. But out of the Premier League’s top five clubs, the hottest is certainly Manuel Pellegrini’s seat at the moment.

As being title holders in the Premier League, City duly raced Chelsea at the top of English football’s food chain, until something or rather some things broke in January. After crashing out from the Champions League against Barcelona, they never found their form despite the ease in their fixture. City, losing six from their last eight outings, are currently fourth on the table, warming up for a fight for Champions League qualification.

It means that the manager won’t deliver any silverware this campaign, which usually calls for a change at the Sky Blues since the oil cash takeover in 2008. While it was recently confirmed that Pellegrini can keep his job until the end of the campaign, that doesn’t actually mean that the Chilean manager should plan for long in Greater Manchester. But that doesn’t mean that City will definitely go after Klopp either, as their number one target is Pep Guardiola, gambling news reports.

Bayern or Europe for Klopp

Some pundits say that Bayern Munich’s heavy defeat at Porto might indicate the end of an era, and that Guardiola could leave the German giants this summer. The 44-year-old allegedly put the blame on the medical team for the 3-1 setback in Portugal, and the crew led by Hans-Wilhelm Muller-Wohlfahrt, one of the world’s leading knee specialists, opted to quit. As Muller-Wohlfahrt was working at Bayern since 1977, it is in fact the end of an era. This suggests that Guardiola might start to lose it, and in that case, it is hard to see that the management of Die Roten will tolerate this for long.

In that case Klopp would be an ideal choice as the Spaniard’s replacement. He could reunite with his former players Mario Gotze and Robert Lewandowski and might be able to restore the German footballing identity that Guardiola’s team seriously lacks. Such a move would obviously anger many of the Borussia fans, but this is how the Bundesliga works: the most honourable managing position will always be Bayern’s. From Klopp’s point of view any other job within Germany would be a step back, so, as online betting trends indexing, it would be Bayern or overseas for Klopp.

Klopp was linked with numerous top European clubs in recent years and if the date would be 2018, Arsenal would be an obvious destination for him. But with Wenger’s team finally clicking and even looking like possible title-contenders for Premier League’s next season according to mobile betting news, it doesn’t seems like Klopp would end up at the Emirates this summer. Possibly the same goes for Anfield as well, where the American owners have long-term plans with Brendan Rodgers, who proved this year that he is able to put together a side with a shot for Champions League football even without Luis Suárez.

This leaves us with Real Madrid as Klopp’s most probable future employee, besides Bayern of course. At the Bernabeu there is always a situation when the team wraps up the season without holding any trophies. That might happen this term, as Cristiano Ronaldo and co. are behind Barcelona in La Liga, and the Blaugranas are on fire in the Champions League too. However, if there is a manager somewhere out there, who is able to retain the biggest prize in European football, he might be Carlo Ancelotti. The Italian won it twice while at AC Milan, and once with Real Madrid, when bringing home la Décima last year.

So, if Ancelotti’s team finishes the season without any silverware, Florentino Pérez will definitely consider a change and the top candidate for the job would be Jurgen Klopp, as internet betting in the EU indicates. However, if Ancelotti could manage to defend the Champions League title, that would offer a chance for him to leave Madrid at the highlight of his career. And Klopp is a man who could be able to handle such a legacy.

Real Madrid’s style with a bunch of powerful, quick and skilled attackers, ball playing midfielders and hard-tackling defenders would suit Klopp’s conception perfectly. He likes to play fast and fluid attacking football with countering on every opportunity and the Blancos are built to do just that exactly. The German might do some adjustments of course, but he presents a smooth and handy solution if Pérez calls for a change.

While Real Madrid has all the gadgets for Klopp’s taste, and though the setting is similar at Bayern as well, the position at Sabener Strasse would offer a different challenge. Nevertheless Klopp’s and Guardiola’s footballing philosophy originates from the same source, which is the extreme attacking football of Marcelo Bielsa, Klopp is more pragmatic and always emphasizes the importance of physical battles. That would be a far more fitting approach for Bayern and might lead them back to the days when they were hammering teams like Barcelona into their own soil.