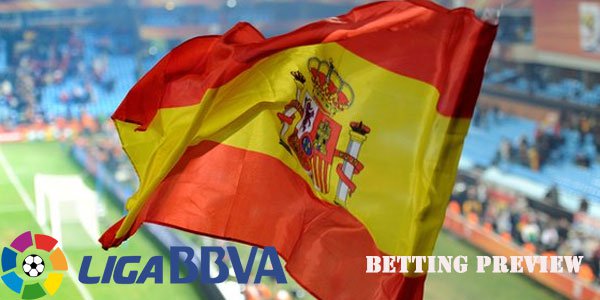 Football fans can enjoy all the spectacular action that the Spanish league has to offer as soon we enter the New Year.

Spanish gambling news reports that Atletico Madrid will take on Levante on the 3rd of January at home and they will hope to take advantage of the fact that they have been reunited with their former star Fernando Torres. He will surely be looking to find the back of the net in the hopes of immediately capturing the hearts of his old fans.

Sevilla and Celta Vigo will also push one another as they will both try to capture the essential points. On January 4th Valencia will host Real Madrid in what promises to be a thrilling clash. This game will offer ample of betting incentives for many punters. And on that same day Barcelona will visit Real Sociedad where they will likely easily overcome the hosts.

Atletico Madrid vs Levante and Sevilla vs Celta Vigo

Atletico Madrid have lost quite a bit of firepower last summer however they haven’t fared too badly. They are in third place with a total of 35 points from 16 games and they find themselves only three points behind Barcelona, who are second, and 4 points behind Real Madrid. At home they won 6 times, drawn once and also lost once. Their upcoming opponents Levante will have a hard time finding a good solution to break that record.

The visitors, Levante, sit in 15th place with only 15 points so far and their away record is not convincing (1 win, 4 draws and 3 losses). Online sportsbooks in Spain strongly favor Atletico for the win 1.20 (1/5) per Unibet, whereas Levante have been assigned highly unlikely odds of 16.00 (15/1). A draw between the two stands at 6.50 (11/2), however considering that the hosts are still among the top teams in the league this should be an easy win for them.

Sevilla will go up against Celta Vigo, however both teams have blundered on several occasions this season. What many believed that should have been easy games for them, they have surprised their fans by putting on lackluster performances at times. Sevilla maintain a record of 5 wins and 3 draws at home, while Celta Vigo has a record of 2 wins, 3 draws and 3 losses while playing on the road. Unibet has assigned favorite odds for Sevilla 1.65 (13/20), but taking into account that they tied on three previous matches a draw may also be on the cards for them 3.80 (14/5).

Celta Vigo has only managed to amass 20 points so far this season which has granted them 8th position. Unibet doesn’t firmly believe that they have a realistic chance against Sevilla, as their odds stand at 5.50 (9/2), however by observing the records a surprise may happen during the game.

Valencia vs Real Madrid and Real Sociedad vs Barcelona

Valencia sit 4th on the table with an overall of 31 points from 16 matches. They have performed well this season as they boast some promising talents within their squad. At home they have notched 18 goals against their opponents and have let in only four goals, which has resulted in a record of 6 wins, 1 draw and 1 loss. However, their next game will be against Real Madrid, a team that are looking increasingly likely to lift the title this season.

Los Blancos have enjoyed spectacular form in recent times which has propelled them to the top of the league. Unibet favors Carlo Ancelotti’s men to be the victors 1.53 (13/25) against Valencia, considering their away record of 7 wins, 0 draws and 1 loss while away. The hosts will find it rather tough to break the spell that Real Madrid are enjoying at the moment, and they have been given odds of 5.75 (19/4) for the game.

Real Sociedad are a team that many consider to be unable to break into the top four and break the dominance of the best teams in Spain, and rightfully so. There are now in 14th place with a total of 15 points and maintain a record of 3 wins, 2 draws and 3 losses while playing at home. As they prepare to face Barcelina at home that record won’t worl in their favor.

Luis Enrique’s men are second in La Liga with 38 points and are only 1 point behind leaders Real Madrid, however the club from the capital has played one game less. Barcelona have won 5 times, drawn twice and lost once while on the road, however this match is almost a no-brainer, taking into account their superiority. As per Spanish gambling laws, Unibet favors the Catalan side for the win 1.30 (3/10), while the hosts are complete outsiders 10.00 (9/1).