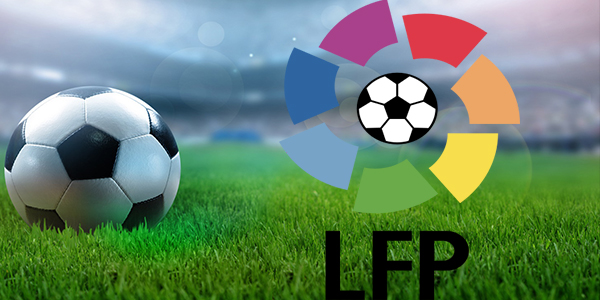 Prepare yourselves for another great weekend in La Liga which will showcase amazing football.

Spanish gambling news reports that Real Sociedad will play against Rayo Vallecano at home and looking at their recent results against other sides, the hosts have a serious chance to clinch the 3 points. Villarreal and Athletic Bilbao will also lock horns in a match that should produce many great plays and be very entertaining for all the fans.

Celta Vigo will play against Catalan side Espanyol away as they aim to build on their current position. On Saturday Deportivo La Coruna will host Barcelona, who are currently in the second position on the table. Although the hosts don’t boast such incredible players as Barcelona does they will have home field advantage working in their favor.

Real Sociedad vs Rayo Vallecano and Villarreal vs Athletic Bilbao

Real Sociedad are currently 12th in the league with an overall of 19 points form 18 games. Their home record is not that commendable (4 wins, 2 draws and 3 losses) as the go up against Rayo Vallecano who are 11th in the table, only a single place above the hosts. The visiting side have managed to notch 20 points and have an away record of 4 wins, 1 draw and 4 losses.

These stats are not that convincing and for this reason online sportsbooks in Spain have earmarked Real Sociedad to win 1.83 (5/6), while Rayo Vallecano have been deal outsider odds of 4.33 (10/3), per Bet365. A draw between the two stands at 3.60 (13/5), however that is not likely considering the recent performances.

Fans will also have the chance to watch a clash between Villarreal and Athletic Bilbao. This game will most probably have plenty of great action so it’s a must watch for every fan that watches La Liga. The Basque side are underdogs 5.50 (9/2) for this encounter as their away record stands at 2 wins, 2 draws and 5 losses which has granted 13th place on the table.

Villarreal on the other hand have gone through a small resurgence as they now find themselves in 6th position and maintain a record of 5 wins, 0 draws and 3 losses while playing at home. Bet365 has ranked them as favorites for the match 1.66 (4/6), whereas a draw has been set at 3.80 (14/5) although that event is not very likely judging by the results so far.

Espanyol vs Celta Vigo and Deportivo La Coruna vs Barcelona

Espanyol and Celta Vigo will go head to head in a game that bears a lot of uncertainty as both of them have very similar results and the latter is only place above the former in La Liga. The Catalan side have a home record of 4 wins, 3 draws and 2 losses, however despite those stats and the fact that they’ll be playing on their own field, Bet365 has identified them as underdogs 2.75 (7/4).

Celta Vigo are in 9th position with an overall of 21 points from 18 games. Their record while playing on the road is 2 wins, 3 draws and 4 losses, which is not very impressive but Bet365 has decided to make them favorites 2.62 (13/8) for this encounter. A draw has been set at 3.25 (9/4), but looking at the recent performances that event does not look to be on the agenda.

Barcelona are undergoing some strange and uncertain times at the moment, with star forward Lionel Messi suggesting he may move on from the club after the season and the team boss Luis Enrique may finds himself out of a job once the season comes to a finish. However, at the moment they are second in the league and will be looking to build on that against Deportivo La Coruna away.

The hosts are 16th in the league and have a home record of 3 wins, 2 draws and 4 losses, stats that are pretty bad and worrisome as they face Barcelona. Under Spanish gambling laws laws Bet365 offers many betting options and for this match they have assigned odds 1.18 (2/11) for the Catalans, while a draw stands at 7.50 (13/2). A win for La Coruna is not likely considering their outsider odds of 15.00 (14/1).