Latest England Captain Odds: Who Will Wear the Armband in Russia? 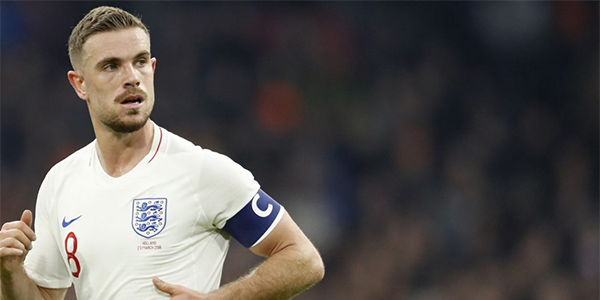 As the final 23-man shortlist has been drawn up, the speculation rises now over who will be wearing the captain’s armband for England in their first match at Russia 2018. Let us go through England captain odds on Southgate’s options.

According to online sportsbook news in Russia the Three Lions are heading to the World Cup finals with a clean sheet. They won five games and drew three international friendlies since last September, with two remaining friendlies at home before taking a plane to Moscow. England’s head couch Gareth Southgate circulated captain’s armband during the qualification campaign between the number one striker Harry Kane, and the two midfielders Jordan Henderson and Eric Dier, as the team eased their way to Russia. Since tougher tests lie ahead against Tunisia, Belgium and Panama in Group G, who will be named the permanent skipper, according to England captain odds?

Since the retirement of England record-scorer Wayne Rooney in last August, the head couch Gareth Southgate began sending mixed signs to the fans on who will be the new permanent skipper. During the qualification campaign, the Spurs striker Harry Kane led the team several times. Liverpool’s midfielder Jordan Henderson captained England on March 23 in Amsterdam when the Three Lions defeated Netherlands (1-0). In addition, Tottenham’s Eric Dier has been selected the captain of England in last November against Germany and Brazil, and he also worn the armband in England’s last friendly against Italy (1-1).

All three men have been included in England’s final 23-man World Cup squad, according to online sportsbook news in Russia. Manager Gareth Southgate did not confirm yet who would become the full-time captain when World Cup finals kick off, making it harder for spectators to predict who is the favourite among England captain odds.

Who is leading England captain odds and Why?

According to Betvictor Sportsbook, Harry Kane is topping the list with (1.5) odds. Thus, Harry Kane being the favourite is correlated to his central role in leading England’s attacking force in Russia. However, Jordan Henderson – one of most liked midfielders by Southgate – is also a strong contender to share captaincy burden with (2.75) odds. Eric Dier is enlisted with (7) odds, sitting on the third spot of England captain odds, probably due to his huge potential similarities with two World Cup-winning captains in Germany’s Lahm and France’s Didier Dschamps.

The Three Lions have two friendlies ahead before the World Cup finals. They are hosting Nigeria at Wembley on June 02, and they will round-off their preparations against Costa Rica on June 07. It remains to be seen who will be chosen as Southgate’s on-field proxy in those two friendlies. Who do you think deserves the most captain’s armband? Select your favourite at Betvictor Sportsbook, but be aware the odds are available only up to June 02.