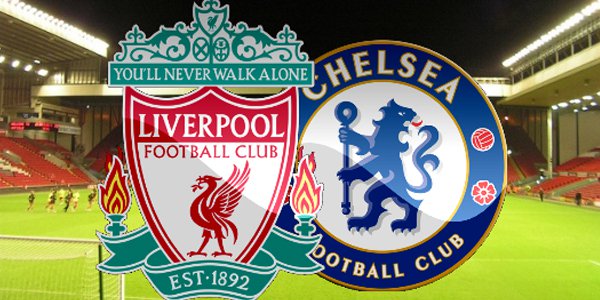 Liverpool host Chelsea looking to forget recent losses and make a move towards top-4 position in the Premier League.

The hot events of Champions League are now over, leaving the teams from the British Isles a tad disappointed. But there’s always Premier League weekend to look forward to for those who bet on sports in the United Kingdom. All 20 teams are in action over the weekend, and one of the most anticipated clashes is the Liverpool v Chelsea fixture, which opens the matchday on Saturday.

A bit of trivia before the game

• Liverpool are in desperate need of points

Liverpool were once again beaten by Real Madrid, this time they were visiting the capital of Spain and got a goal from Karim Benzema, who also sealed their fate two weeks ago in Manchester with two goals. They were strange accusations that Brendon Rodgers put out a second tier squad, but that’s another issue at this point.

Punters wagering at online sportsbooks in the United Kingdom will also know that last week Liverpool lost to Newcastle at St. James’ Park with a late goal from Ayoze Perez. The Reds are now 7th spot in the table with 14 points, just like Tottenham, but with slightly better goal difference.

Chelsea would of course be disappointed with a 1-1 draw in Maribor, especially after crushing the Slovenians 6-0 in their home Champions League fixture two weeks ago. However, the Blues are going strong in the Premier League, and after 2-1 win over QPR thanks to a late penalty, lead the way with 26 points.

Liverpool are in desperate need of points if they were to grab a Champions League place for next season. Beating Chelsea will not only excite their fans and punters under British gambling laws, but will move them closer to top-4 place. However, should they lose, they will drop down to the middle of the table, and with a negative goal difference, they will be at least 7 points adrift from 4th spot.

Brendon Rodgers’ men have the third best home defense record in the league with 2 won, 2 drawn, and 1 lost at home. They scored 5 and conceded 4 goals at Anfield, which makes them third worst squad in terms of attacking capabilities at home.

Chelsea on the other hand are still unbeaten in the league. Their away form is 3 won, 2 drawn and 0 lost. The Blues found the back of the net on 13 occasions away, and conceded 7 times. Chelsea scored the same amount of goals away as they did at home, making them a pretty balanced team.

The last ten meeting between the two famed teams at Anfield, Liverpool have won on 4 occasions, the same can be said about Chelsea, however. There were only 2 draws, so backing a tie on Saturday perhaps isn’t the smartest bet.

The game will feature two of perhaps the best attacking wingers of the league: Raheem Sterling and Edin Hazard. Both of them have scored three goals so far, adding the fact that both teams have pretty strong striking force, goals are expected to fall on Saturday.

Moving on to what the bookies say about the game we will see the majority of them backing Chelsea to win, despite the obvious foreign turf disadvantage. The Blues receive a line of 2.10 from Bet365, while Liverpool had to settle for longer odds of 3.30, and the draw is even less likely, valued at 3.50.

Diego Costa is of course the favorite to score first with 4.50 line, but he’s still unfit to play the whole match. That’s why backing Didier Drogba to find the back of the net first may be a smarter bet with a 6.00 payout. Dominic Solanke is offered 7.50 odds to put his name on the scoresheet first, followed by Eden Hazard with 8.00 odds.

Daniel Sturridge is the top man for the Reds to score first with 7.00 odds. Mario Balotelli is yet to score in a league match, but has a line of 7.50 to be the first to score on Saturday. Rickie Lambert and Raheem Sterling are up next with 9.00 odds each.