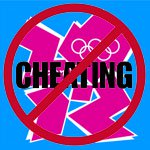 The United Kingdom has stepped up its efforts to ensure that any forms of illegal gambling regarding the Olympic games in London this summer are stamped out, before the games start, reports in the United Kingdom gambling news say.

The organizers of the London Olympics are due to meet representatives of the betting industry this month, in a bid to find a way to prevent illegal gambling from occurring this summer. One solution that has been mooted is the inclusion of a drop-in zone for athletes that would assist any athletes with advice.

Jacques Rogge, the International Olympic Committee (IOC) President has made his feelings known in recent months about how he personally feels about illegal betting, stating that it is just a big a threat to integrity of the Olympic Games as player doping.

Although sports betting is not illegal under the British gambling laws, match fixing, or deliberately poor performance by athletes, certainly is. As part of an agreement to keep an eye on potentially suspicious bets and wins, Betfair has agreed to assist the IOC in seeking out dubious bets, and will talk with the IOC again when they meet on March 20th, along with other betting companies, the gambling commission and the sports minister.

People are free to bet on sports in United Kingdom, and there is no law against it. But that doesn’t solve athletes being sometimes willing to take a hit, for a slice of a whopping payout. Paquerette Zapelli, the head of ethics at the IOC, believes that there should indeed be an area in the Olympic Village, designed to offer athletes advise on the UK’s gambling regulations.

Gambling is prohibited however, for the athletes for the entire month of the games, as it also for managers, coaches, team officials, referees and other delegation members.

This isn’t the first time Betfair has agreed a deal with a major sporting organizer. The online sportsbook giant, also has deals with football’s world governing body FIFA, the International Cricket Council as well as the English Football Association. The match fixing scandal came to light anew in 2010, after three Pakistani cricketers took bribes last year, and were caught.

The issue of match fixing and result altering is still most serious in Asia, where both China and South Korea have recently been rocked by illegal sports betting scandals, as have Indonesia after a recent football match against Bahrain is currently being looked at as rigged. Whatever the situation may be in Asia, Betfair and the IOC have got good mind to ensure that there will be no cheating this summer for gamblers.