Man Suspected of Robbing a Bookies Out on Bail 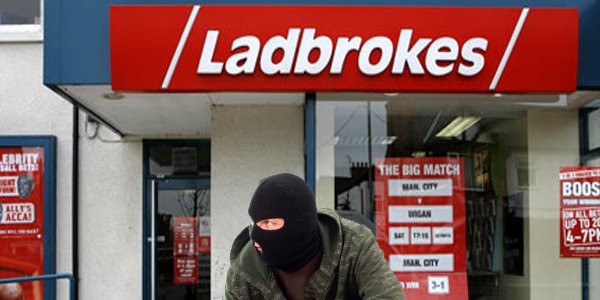 The court decided to release 38 year-old man from Robert Barry Crossan, but only under strict conditions.

Originally from Creggan Heights, the man was accused of robbing a man of GBP 390 in December last year. He supposedly used an imitation firearm and intended to rob a betting shop belonging to land, online and mobile betting company Ladbrokes, but when he appeared in front of the Crown Court earlier this week he pleaded not guilty.

According to recent gambling news, the prosecution claims Crossan was caught on CCTV footage, where half of his face was visible before he put on his balaclava, while at the same time admitting that there were no images showing his all of the culprit’s face. Two police officers did however say they can recognize Crossan from the video, as they have dealt with the man in the past.

During the court hearing it was revealed that the man had a history of breaching court orders and a lengthy criminal record going back as far as 1990. The Crown opposed bail and Judge Philip Babington said there was “no doubt he has got an appalling record” and had “shown scant regard for court orders” in the past, but decided to allow it anyway.

Crossan was released on bail of GBP 100 and under very strict conditions. Apart from being electronically tagged, the man has to observe a curfew from 8 pm to 8 am, restrain from alcohol and drugs and cooperate with Social Services until the trial begins, on September 8th.