What Manager will Replace Jose Mourinho at Manchester United?

News >What Manager will Replace Jose Mourinho at Manchester United?

Manchester United have shown manager Jose Mourinho the exit door, following tumultuous performances that have left them struggling to enter the top 4. 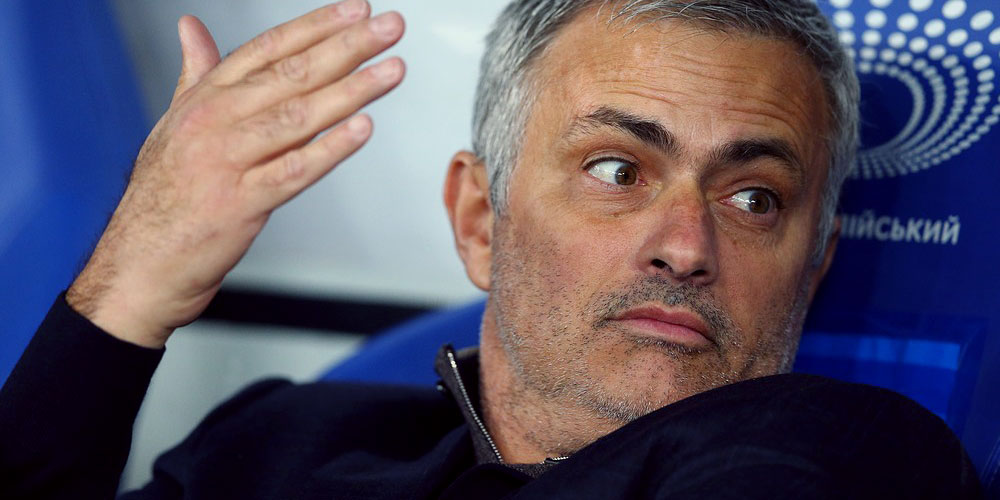 Who will replace the Special One?

Man United’s official statement expressed gratitude towards the Portuguese manager for his time with the club, while immediately highlighting that a caretaker (who has now been confirmed as Michael Carrick – their former player) will take over the day-to-day duties.

According to online sportsbook news, the Old Trafford side intend to announce a full-time manager imminently, as a replacement for Mourinho.

“Manchester United announced that manager Jose Mourinho has left the club with immediate effect. The club would like to thank Jose for his work during his time at Manchester United and to wish him success in the future. […] A new caretaker manager will be appointed until the end of the current season, while the club conducts a thorough recruitment process for a new, full-time manager.”

Mourinho joined Manchester United in the summer of 2016, after the club sacked Dutchman Louis van Gaal, who led them to FA Cup glory at the end of the 2015/16 campaign. Despite being trophy-laden manager, the Special One didn’t manage to replicate his success with Man United. All of his trophies came in his first season (2016/17): EFL Cup, FA Community Shield and the Europa League – winning that saw them qualify for the Champions League next season.

Unibet Sportsbook is ranking former Man United player Ole Gunnar Solskjaer as the main favourite 1/2 (1.50) to become the next full-time manager of Man United. Lauren Blanc 8/1 (9.00) is second in the running, while highly-touted Zinedine Zidane is third on the list 9/1 (10.00). Michael Carrick remains an outsider 11/1 (12.00) to receive the managerial post on a permanent basis.

(For more info about the online betting site, check out Unibet Sportsbook review.)

Despite getting the sack from the Old Trafford job without having won the Premier League or achieved much in other competitions, Mourinho is still regarded as one of the best managers in the last 15-20 years across European football. With his trophy cabinet shining with silverware that he’s collected over that period, the Portuguese’s biggest achievements are three Premier League titles (all with Chelsea: 2004/05, 2005/06 and 2014/15) and two Champions League triumphs (with Porto in 2003/04 and Inter in 2009/10).

The burning question of what club Mourinho will take on after Man United lingers. It’s safe to say that there’s no available big English club that would take him at this time, as all the ambitious teams are doing pretty well. Even his former club Chelsea, who have appointed new manager Maurizio Sarri last summer, are currently in 4th position on the table with 37 points, per online sportsbooks in UK.

This means that he could only take over a club on the continent. A return to Real Madrid doesn’t seem an option now considering they’ve replaced Julen Lopetegui with Santiago Solari. Inter Milan are doing fine under Luciano Spalletti as they’re in 3rd spot in Serie A, behind leaders Juventus and second-placed Napoli.

Mourinho has previously expressed reservations about Germany when Pep Guardiola took over Bayern Munich back in the summer of 2013. So that would leave only one league, and potentially one club that’s able to afford Mourinho’s personal terms and bankroll his expensive signings – and that’s Ligue 1’s super-spending PSG.

Thomas Tuchel has been leading Le Parisiens since they fired Unai Emery in the summer, and after 16 matches in Ligue 1 they remain undefeated in 1st position with 14 wins and 2 draws. PSG are the undisputed favourites to cinch the domestic league, but if they fail to reach far in the Champions League and potentially win it, it’s likely the club would sack the German, even if he would win every other trophy imaginable.

Taking into account that French counts as one of Mourinho’s countless spoken languages, it’s not a stretch to see him take over PSG, should Tuchel fail to get past coincidentally Man United in the last 16 of Europe’s elite competition and go on to make a big impact later on.