Is Mental Toughness in Football More Important than Technical Skills? 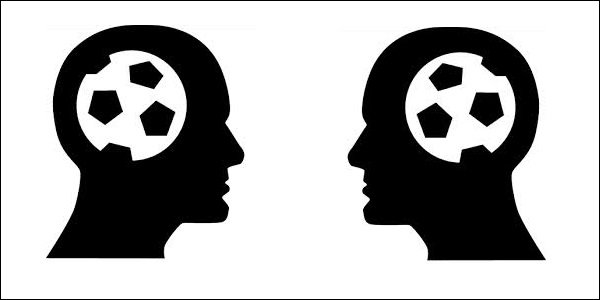 One of the main abilities that makes the difference between world-class players and good players is mental toughness in football.

Mental toughness in football is one of the most important abilities for professional sportsmen. Some might even say it is more important than technical skills.

Ricardo Quaresma almost has it all. He has incredible dribbling skills, he can shoot on target perfectly from far distance and he is capable of playing a very spectacular game. Yet he is not even close to being regarded as one of the best football players in the world, despite the fact that online sportsbooks in Portugal used to expect much more from his career than how he turned out to be.

The key is mental toughness in football

Many football experts argue what the reasons behind the failures of great talents could be. By now, they agree on one thing: one of the most important things is mental toughness in football. The highest level requires not only outstanding technique but more than 100% concentration as well. That is what differs a good player from the best of the bests. That is the difference between a top player like Cristiano Ronaldo and a good one, like Ricardo Quaresma.

One of the hardest things in the lives of football stars is being able to cope with criticism. Once players become successful, famous and rich, many football fans will support them and express a great deal of respect. However, hatred will always be there. And the very best players always need to handle the pressure coming with it and need to let go of it without letting it affect their performances. This is one of the main abilities that puts Cristiano Ronaldo among the best players in the history of football. No one ever received as much hatred as he did, but according to his own words, that is what makes him unstoppable.

Even haters can’t deny what an exceptional player CR7 is

The Portuguese winger has shown it several times that he is capable of closing out the world around him and concentrate completely on his game and his team’s success. Millions and millions have mocked and provoked him every single time he went on the pitch. His own supporters have whistled at him. Yet, he never gave up and continued scoring goals. That is one of the main reasons why he won 5 Golden Balls throughout his career. That is also one of the main reasons why he quickly became all-time top scorer at Real Madrid as well as the Champions League.

Being able to concentrate 100% on the game also helps in other fields of the game. Keeping a cool head and remaining composed even in the hottest situations requires incredible mental power. This comes really handy in penalty-shootouts, or when the team needs to score a goal in the last seconds of the match. online gambling sites in Portugal believe that the perfect example to show this is their national hero, Cristiano Ronaldo, whom his mates can always rely on whenever they need an important goal.

Another very important mental advantage is to be able to read what is going to happen next in the game. The world’s best midfielders became top players in their positions because they were capable of doing that. It is worth analyzing the movements of Xavi, Iniesta, Modric, Kroos and Pirlo, just to mention a few. It is also worth paying attention to where they put the ball. Not where their mate IS, but where their mate WILL BE, and they respond to the opponents’ movements before the rival himself knows about his own step.

Internet betting sites believe that Lionel Messi is also one of the best players in the history of football. He definitely does not lack any technical skills, yet one of his strongest points is his mind. Messi’s movements showcase that he already knows how the defender will react to each of his touches, and hence he will always be one step ahead. That is why he is capable of scoring so many goals and dribbling through so many defenders. Of course it would not be possible if he lacked the necessary technical skills, but his mind is at least as important in his success.

Players like Balotelli lack the mental skills needed in football

Players like Mario Balotelli and Ricardo Quaresma become regular players for regular clubs. Meanwhile, the likes of Cristiano Ronaldo and Lionel Messi become consecutive Golden Ball winner legends. That is because one lacks mental toughness in football and becomes average, while the other possesses it and reaches the potential hidden inside him. One can have dribbling skills at the highest level. Still, the lack of mental skills will always stop them from becoming the best. Because at the top level, all is decided in the players’ minds.