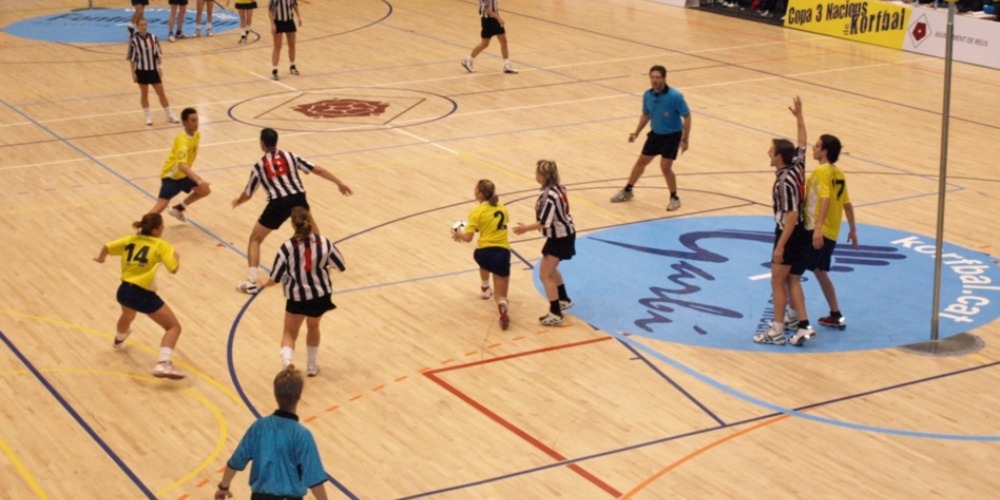 It’s rare when we come across mixed-gender sports instead of regular ones. In most sports, we distinguish women’s and men’s categories. Of course, medley relays are competition types as well, but let’s see some of the most popular mixed-gender games!

Korfball is a ball game of Dutch origin, one of the few mixed-gender team sports in the world where men and women play together. The aim is to get a korfball, the size of a soccer ball but slightly heavier, into a basket on a 3,5-meter high stand. In a korfball team, there are eight people, four girls, and four boys, on the field at the same time. There are always four players, two girls, and two boys, from each team on each half of the court. Everyone plays against an opponent of the same gender.

In korfball, running with the ball is not allowed, so each player can only give passes. Since it is a team sport, there is no solo play. It is an all-for-one and one for all type of game. A PE teacher from Amsterdam, Nico Broekhuysen, created the rules in 1903. He wanted to design a team sport in which players of different genders and physical abilities could compete with each other. He was ahead of his time. Korfball has since conquered the world! It is not a competitive sport only in Antarctica. It is still the most popular game in the Netherlands, but many practices it in Asia.

Korfball is about reducing physical differences so anyone can play, regardless of age or gender. You need combination skills and to be a team player. Due to its unique rules, korfball is a sport of equal opportunities, but at the same time, you can learn various skills, as everyone has to do their bit in defense and attack. Check out the details at online sportsbook sites in the UK!

Who hasn’t heard about Quidditch? It’s the most famous sport based on a book. People grew to love this magical game, described in J.K.Rowling’s novels that originally required flying brooms, so much so that they created the muggle version.

We have great news for you if you are a Harry Potter fan! According to online sportsbook sites in the UK, nearly six hundred teams in forty countries have amateur and professional competitive quidditch teams and leagues.

You can check out our Quidditch betting guide! However, the most popular sport in the wizarding world gets a new name. The muggles call it quadball now! In the United States, people began to play the game in 2005, and ever since then, it has become popular in Canada and many European countries. The USA hosts a world cup every year, but that is not the only competition around the world.

In 2010, the International Quidditch Association was born, and at the fifth international competition in 2011, nearly a hundred teams participated. Obviously, they play it on the ground but still carry brooms. In the mid-2000s, students at Vermont University tried to adapt the rules without magic, and apart from the apparent differences, they did a pretty good job.

Just like in the book, the purpose of this mixed-gender team sport is to score points. They replaced the quaffle with a slightly deflated volleyball that could be thrown into one of three hoops, either from the front or the back, for ten points. Three chasers try to throw the quaffle through them and get the ball from the other team. If you have never seen a quidditch match before, you will be surprised because it is not for the faint-hearted.

There is a lot of physical contact, which is limited by prohibiting the attacks aimed at the head and neck. The players have to keep an eye on the beaters, who throw softer balls at the players, to knock the opposing team members out temporarily. After being hit, they have to run to their hoops and touch them before returning to the game.

The keeper guards the goalposts while the seekers, like Harry Potter, try to catch the Golden Snitch. The Golden Snitch is a yellow sock attached to a runner’s pants. It is worth 30 points and ends the game. However, the Golden Snitch only comes into the game in the 18th minute, and no one can come into physical contact with its carrier. They distinguish the roles by the color of their hairbands.  Check out the teams at 22Bet!

We know of many sports that are mainly dominated by men. This is no different in the field of car racing. However, in the last century, many female drivers have shown their talent on the race track, and, one by one, they have helped with women’s equality in motor racing, turning it into a mixed-gender sport. The economic boom following WW II made car racing accessible to many wealthy people.

That’s how Sara Christian could participate in NASCAR. Her performance was a real milestone in the world of car racing. She finished fifth in the NASCAR series while her husband was also among the competitors. Check out the female drivers now at 22Bet!

In the 50s, there was a huge change in the world of Grand Prix. In 958, Maria Teresa de Filippis made her debut at the Belgian Formula 1 race. She finished tenth, impressing everyone, but got disqualified from the following French Grand Prix. The reason was that the director, not so kindly, stated that women should only wear a helmet at the hairdresser. After that, until 1974, no female drivers participated in the series.

A year after Teresa’s success, another female competed in motorsport. Anne Hall participated in the Morecambe Road Rally, which she not only won but became the first woman to win in a national or international rally event. Among others, Jaguar and Ford chose her as a driver, and with their support, she won 12 Coupes de Dames awards. At the Monaco Grand Prix, she reached the finish line with her Ford Falcon 6.6 seconds faster than the other competitors, which earned her a standing ovation. They are the pioneers but have been many female drivers ever since!

In this sport, it is not individual talent or performance that matters, but teamwork. Synchronized skating became an independent sport in the fifties and the Ann Arbor club in Michigan. Richard Porter gathered those teenage girls who were stuck at a certain level but wanted to continue skating even though they did not have enough time or chance to develop their talent. At the beginning of the 1980s, countless teams were formed in the US and Canada, and the skating associations developed a rulebook. Later on, it became a mixed-gender sport.

In 1990, the ISU officially included formation skating as the fifth category, and in 1993 it received the name we still use today. From then on, the sport developed rapidly. The sport has a long tradition in European countries as well. In recent years, many associations and clubs have been founded in Sweden and Finland, and the sport has become so successful that most world championship medalists come from these two nations. Check out the athletes and upcoming events at online sportsbook sites in the UK!