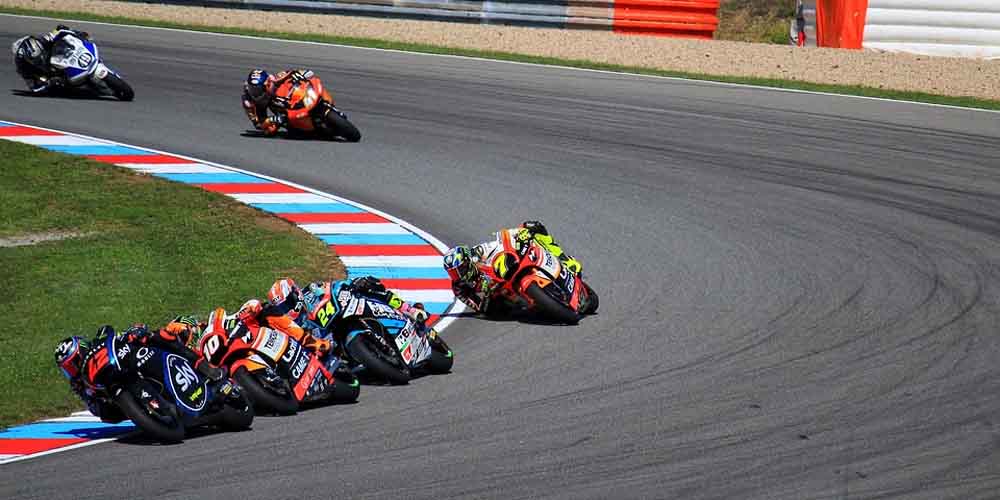 Riders in this season’s Moto2 will continue the championship this weekend, with the second race in Jerez, Spain. Just like in the other categories, the schedule has been changed here as well, with original race locations cancelled or postponed. In the Moto2 World Championship winner odds, Italian Luca Marini is the favorite but he faces strong competition from other riders.

The 2020 Moto2 season started back in March in Qatar with the victory of Japanese rider Tetsuta Nagashima. But after came the long break with the race continuing only last weekend with the Spanish Grand Prix in Jerez. Last season’s winner Alex Marquez has joined the top category this year, so his throne is empty with several potential applicants to fill it. There are three World Champions in the field, including 2018 Moto3 champion Jorge Martin. Plus 4 race winners from last season, like Luca Marini and Swiss Thomas Luthi who is also the oldest rider on the Moto2 grid. But rookie riders, like Lorenzo Dalla Porta and Aron Canet, can cause surprises as well, though their final victory is not very likely.

Online sportsbooks in Italy are offering the smallest odds, 2.50 for the final victory of Luca Marini. The 22-year old Italian has been riding in Moto2 since 2016 and got four race wins so far. He finished 6th last season, but after the 1st and 2nd rider from 2019 both joined MotoGP, Marini has a big chance of winning. He had to retire in the first race in Qatar in March but managed to win last weekend. Even though current world championship leader Tetsuta Nagashima was making pressure on him and followed his every move, Marini could hold him off.

The Japanese Red Bull KTM Ajo rider has had a superb start of the season. He won the first race in Qatar and finished second last week. So he is leading the championship with 45 points, 17 points ahead of current 2nd-place Lorenzo Baldassari. The former All-Japan champion from 2011 has been competing in Moto2 since 2013. But he hasn’t got any wins or even podium finishes until this season. Though there were promising signs last year after he finished in the top 10 regularly. He also achieved two top-five finishes. Nagashima was signed by his former mentor, team owner Aki Ajo, and joined KTM this year which proved to be a great decision so far.  He has the odds of 4.00 at the 1xBET Sportsbook in the Moto2 World Championship winner odds.

Former world champions are also in the favourites

2018 Moto3 world champion Jorge Martin is also mentioned by online gambling sites in Italy as a possible season winner. He has the odds of 6.00 to do so. The Spanish finished 11th in his debut season in the higher category last year with two podium finishes. As Nagashima’s teammate he is not in an easy situation.  Especially after finishing only in 20th place in Qatar. But in Jerez, he was in a much better form. Martin won the qualifying and finished in 3rd place in the race.

Another Spanish rider, Jorge Navarro was the fastest rider during the testing before the start of the season. He hasn’t got any race wins but had 8 podium finishes last season which helped him to finish in 4th place. His season restart is not the best though after he crashed out in the first lap. After his 6th-place finish in Qatar, he is only 12th place at the moment. But Navarro will have a chance to get a better result this weekend and prove his odds of 8.00 to become world champion.