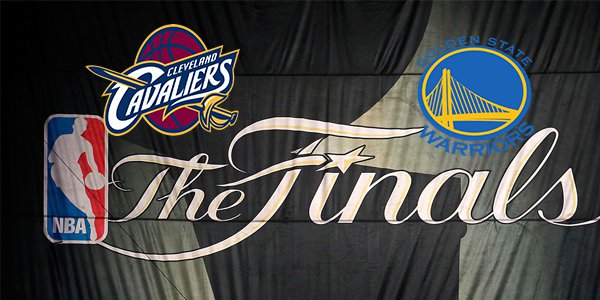 The Warriors refused to relinquish their momentum as they won the title 4-2.

Lebron James was the first player in NBA history to enter five consecutive championship finals with two different teams as well as the first “non-Boston Celtic” to enter five straight finals. With him, were the Cleveland Cavaliers, who have never won a game in an NBA Final. Lebron and Cavaliers were out to make history as Cleveland welcomed back with open arms their prodigal son and only hope in four-title holder Lebron James.

• Lebron’s 40 points made up almost half the total Cavalier points in Game 5
• Curry and Iguodala scored 25 points each in Game 6
• Cleveland outrebounded the Warriors, but only shot 29 percent

The Golden State Warriors won 67 games in the 2014-2015 season making U.S gambling laws. This feat set an over-exuberance surrounding the Golden State team. After being hailed all season, the Warriors and NBA MVP Stephen Curry were ready to dominate the post season. After their first test with the Memphis Grizzlies, the Warriors cruised to their first finals since 1975.

Game four was a continuation of the surge of momentum that was seen by Golden State at the end of the fourth quarter in Game three. The adjustment made by Warriors coach Steve Kerr to go with a smaller playing force in order to maximize ball movement seemed to pay off brilliantly in Game and set the tone for Game five. Cleveland kept Timofey Mozgov from most of the game in order to do “go small.”

The new problem was that Golden State were getting far more boards than Cleveland which was the weapon that carried the Cavaliers to the finals. With Harrison Barnes and Draymond Green dominating boards over Cleveland, Mozgov was missed. Unfortunately Lebron was forced to perform inhumanely as was often the case. His 40 points made up almost half the total Cavalier points and his 14 rebounds almost a third.

Lebron made almost twice as many assists as the entire Cavalier team. Cavalier guards JR Smith and Iman Shumpert were incapable of producing for 48 minutes simply because they’ve never had to. Since Matthew Dellavedova wasn’t a premier player to begin with, his notable contributions were regarded by Cleveland as heroic and regarded as “folklore in the making.”

Golden State’s Curry cannot be used as evidence of poor Cavalier defense because he’s a superior shot maker. Curry’s ability to set up plays to a “less weary” Warriors team was the advantage over the Cavalier team who continued to suffer from a seven-man rotation. The 104-91 Golden State victory held zero surprises. Only the bravest punters using online sportsbooks in the U.S. should wage on a Cavaliers Victory in Game 6.

It seemed as though the best adjustment to the Warriors line-up in the series was the replacement of Andrew Bogut for Andre Iguodala. The choice resulted in Iquodala’s 25-point game and the Finals MVP award. Draymond Green, who had a triple-double, was moved to the center for the Warriors to cover Mozgov, who was put back into the normal line up for Cleveland.

With Harrison Barnes covering Tristan Thompson, the Cavaliers best rebounder, it seemed that both teams were going “big” once again. Luckily Iguodala helped the Warriors overtake the Cavaliers in rebounding while putting more pressure on Lebron’s team mates to perform. This plan by Golden State almost appears to be a same plan performed against them by Cleveland in Games two and three.

Although Cleveland tried many things to put pressure back on the Warriors and tie up their offense, but ended up unsuccessful. Smith proved too “stretched out” to contribute more and Dellavedova was too weak a player to slow down Curry who had 25 points. Although Lebron had 32 points, 18 rebounds and nine assists, his poor shooting couldn’t help make more of a difference.

The halftime score of 45-43 may have given some punters working within U.S gambling laws a moment of regret for not waging on Cleveland. Cleveland’s higher turnover rate also contributed to their demise. Although Cleveland did surpass the Warriors in rebounds, the Cavaliers 39 percent shooting prevented them from taking advantage of their opportunities. The Warriors won gaining their first championship title in 40 years.