Nevada Casinos See Dip in Revenues Both Online and Off 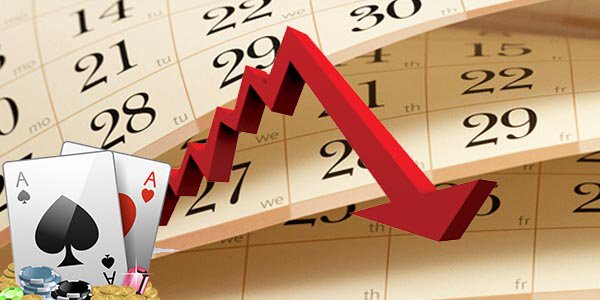 Ever since US gambling laws have been changed to permit certain states to set up their own online gambling sites, the figures have not been too promising since the launch of the new sites and Nevada is no exception.

But it’s not only online casinos in the US that have been struggling with the revenue dip, but some of Las Vegas’ casinos have seen their figures decline or at least fall flat.

Nevada’s casinos haven’t been doing too well this year, except for March where there was a slight improvement. The figures in April indicated takings of $32 million less than January’s total number, with a dip of 0.27% in April when compared to the previous year.

Online poker has also seen a dip. The figures have seen a decrease of 14.5% from the last month, although the initial revenue had increased initially.

Since last April, the total revenue taken in from online poker site Ultimate Poker, based in Nevada State, has totaled up to $10.2 million.

According to the Las Vegas Convention and Visitors Authority, the percentage of tourists coming to gamble fell by more than 10% when compared to 5 years ago, and the time spent gambling went down from 3.2 hours per day of 2.9.

One possible cause for the Vegas drop is the launch of other casinos, since only 24% of visitors said they’d more likely to make the trip to Vegas to gamble if they have casinos closer to home.