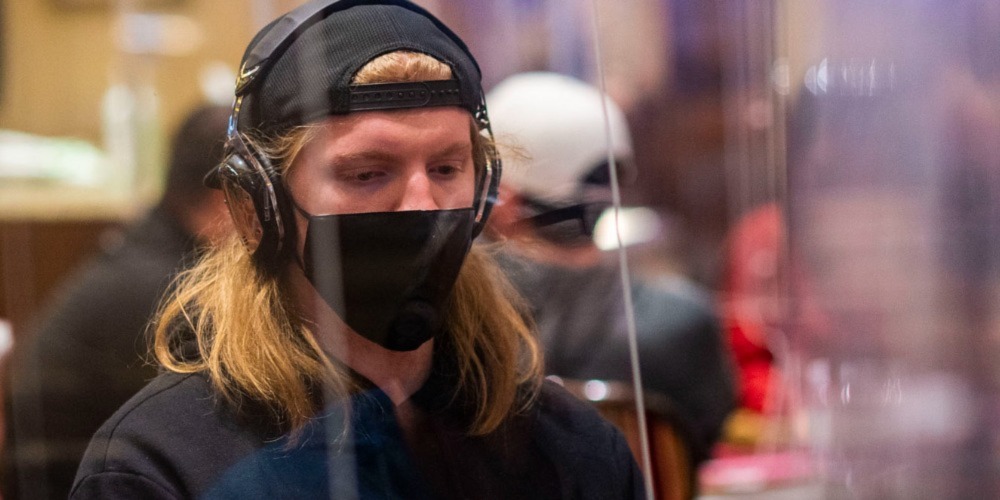 Earlier this month, one of the most successful and youngest WSOP players joined the team of Ignition Casino. Therefore, he is going to be the Ambassador of one of the best online casino sites in the US. The team of Ignition is known to be youthful and interactive with both their audience and users. Because of this, Landon Tice is one of the best people they could have recruited as their new addition. Therefore Landon is going to represent the company with his face. Furthermore, he became a streamer for the casino. His main goal is to offer mentorship to new players. He is known for his sportsmanlike behavior and insane success within the poker community. The new ignition casino ambassador is ready to represent the company with his online mentorship skills.

According to Gambling News, the new Ignition Casino ambassador is 23 years old Landon Tice. He is one of the most promising players among the known WSOP participants. Because he amassed a great amount of wealth in an extremely short amount of time. He is participating in the current WSOP events as well, therefore if you are planning to pitch in. Then you should check out the Best hotels for the WSOP.

More About His Social Media Personnel

Landon Tice is the 23-year-old poker champion. He has been participating in WSOP events multiple times ever since he reached adulthood. Therefore, he has a great understanding of the game and the system behind it. Furthermore, he has been and is being coached, while coaching others.

On his Twitter page, you can find that he is a very interactive and outgoing person. Young, and up to date with the meme culture and the way he should interact with people. This is why he is the new Ignition Casino Ambassador. Furthermore, he is one of the mentor streamers for the same brand.

Casino streaming is becoming extremely popular as of late. No wonder why the new Ignition Casino Ambassador is a streamer. Because back in the earlier years, Ambassadors were often the part of the marketing team. However, in our modern world marketing has been replaced with streaming and services. The recent drama about casino streamers on Twitch might cause a problem with Tice’s career. However, he is going to stream on the official casino of Ignition. Therefore, it wouldn’t be a surprise if Ignition were to make their stream panel within their casino for people to follow.

The Achievements of The New Ignition Casino Ambassador

According to the official website of WSOP, he has been participating in 18 events so far. Therefore, just by the time, he was 21 years old. He has already amassed a wealth of $202K just from WSOP tournaments. However, most people recognize his name from his ambitious challenge against a poker veteran. Because he challenged Bill Perkings to a match. Thanks to the great handicap he was given, Tice and his team decided to surrender the match after a while. Therefore, he lost. However, on Twitter he was honoring Bill Perkings, claiming that he was better and that Tice has been underestimating him. In return, Perkins has answered by stating that “Once he receives the proper tutorship, he will destroy poker competitions.” Therefore, both of them were honorable players. This is probably a contributing factor to the reason why he became the new Ignition Casino Ambassador.

Landon Tice has published a video on his Twitter, saying that he is excited to work together and steam for Ignition Casino. As the new Ignition Casino Ambassador, he explained his value in poker. He can often be seen advertising that money has not much value, and that he is playing for the experience.

Therefore, according to his official daily blog, Landontice he explained that the most valuable asset of poker is a good mentor. This is why he is excited to become the mentor for everyone who will follow his stream. Because he knows that one of his followers will become one of the greatest players in the future events of WSOP.

Will Ignition Benefit From The Partnership?

It was a conscious company decision to promote Landon Tice as the new Ignition Casino ambassador. Because Ignition Casino values the energy of Tice about poker and gambling. They are looking for a person who seeks to be a mentor for others, and someone who has the potential to win more WSOP tournaments. Landon has both of these qualities, and he has extremely positive behavior. Therefore, if you add this up together with his youthful approach to Streaming and how he is a positive face for gambling. No company would refuse to work together with young and talented players. If you wish to learn more about the events he won, then check out the most Unusual WSOP rules.

Why Should You Try Ignition Casino

The reason why you should try Ignition Casino is that they are extremely user-friendly. Furthermore, you can participate in their great promotions and events such as the  Ignition Casino Poker Freerolls Every Week. They are great casino operators in the states. Therefore, if you value the integrity of a company. Then you should register at Ignition Casino. Furthermore, before completing your registration, check out their welcome bonus offers and the other bonuses you may claim shortly after your registration.