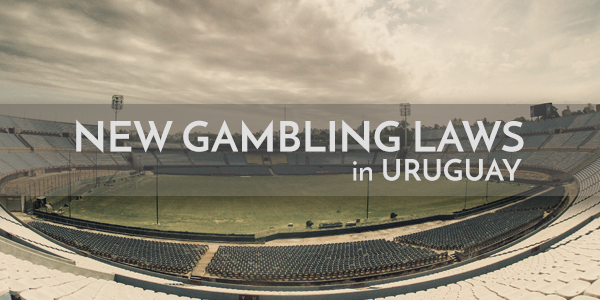 Instead of regulating, Uruguay lawmakers have decided to ban all forms of online casino gaming, including poker. The new internet gambling laws in Uruguay will affect sportsbetting as well.

1895 was the last time Uruguay lawmakers have dealt with gambling laws. 122 years later, in 2017 they have implemented new land-based and internet gambling laws to ban all form of gambling with the exception of the casino and sportsbetting services that are provided by the state-owned La Banca de Quinielas gaming company. Simply put, every online gambling site that is not licensed and operated from Uruguay is forbidden to accept players from the country.

Obviously, gambling laws that have been set over a 100 years ago have little to no relevancy in the era of smartphones. Therefore, gambling news sites have been long awaiting an update from the country’s government. However, the approach they have taken is not what everyone was expecting, especially since the ‘ban-all’ approach is everything but effective when it comes to online gambling. Today, when a VPN is only a click away, regulation is the way to go if lawmakers want the best for citizens.

Netflix and no chill for online casino players

It all started with Netflix and an unfortunate ad-placement. Fernando Serra, tax advisor to the Ministry of Economy of Finance, told El Observador that the government has to come up with a working system to tax digital service providers such as Spotify and Netflix. Online gambling was thrown into the discussion as well, following a football match. The country’s most popular team, Nacional was playing in T-shirts advertising a gambling site, which caught the attention of National Deputy, Jorge Gandini. He said that gambling “is prohibited in Uruguay, according to a principle of legality established in 1895.” According to him, if it’s not authorized, it’s illegal.

The new internet gambling measures in Uruguay were added to the ‘Accountability Law’. Since President Tabaré Vázquez has approved them, online casino gaming on offshore sites is “absolutely prohibited” in Uruguay. Furthermore, the government was given the necessary powers to “adopt various preventive and sanctioning measures to prevent the proliferation of online gambling.” Later, authorities could start blocking access to gambling sites as well as prohibiting sponsorship and advertising deals from gambling companies.

In conclusion, legal gambling services in Uruguay – casino games, sportsbetting, and horse race betting – can be conducted only by La Banca de Quinielas. The state-owned company is required to pay 0,75% tax on all revenues from gambling services.