New Jersey to Ban NFL in the State

NJ Democrat Sweeney to introduce a ban on NFL games as long as replacement referees are involved. 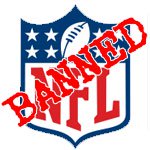 The controversial touchdown call on Monday Night Football continues to stir the American gambling news. New Jersey Democrat Stephen Sweeney, a passionate supporter of the Green Bay Packers, wants a law that forbids NFL games to take place in the state as long as replacement referees are involved.

The New York Giants and New York Jets, both playing their matches at the MetLife Stadium in East Rutherford, New Jersey, would be affected by the ban.

Sweeney is the Democratic President of the New Jersey state senate. The politician is in favor of changing the federal American gambling laws to legalize sports betting, something the NFL has been fiercely opposing.

Wall Street Journal quoted Sweeney saying: “The NFL sued New Jersey over sports betting because they were concerned about the integrity of the game. They can’t have it both ways.”

Sweeny accused the NFL of being hypocritical, and went as far as blaming them for misleading the consumers. The Democrat used the words ‘fraud’, as he claimed the football fans not getting what they pay for.

Sweeney also cited health grounds as players are at whilst the league continues to use replacement officials,
Some of the replacement referees have only participated at high school level, the fact which, according to Sweeney, can mean serious health risks for the professional players.

Sweeney admitted that he had not talked to Governor Chris Christie, but he is confident the bill would pass.

Experts asked estimated that amount generated from people who bet on sports in US increased as much as 20-25 percent this season. They doubt that betting would be negatively affected replacements referees.

Cantor Gaming’s Mike Cobert informed USA Today: “There are bad beats every week. Maybe an onside kick or a Hail Mary beats you. Granted, this was on another level.”

Cobert added: “But you hear every week when people take a bad beat, ‘Oh I am never betting the NFL again.’ You heard the same thing last night. But I think it will take a few days for people to come around.”

Colbert also insisted: “If the game were in Green Bay they would have got it right.”